Kin in the kitchen: Family runs Lawrence Thai restaurant together 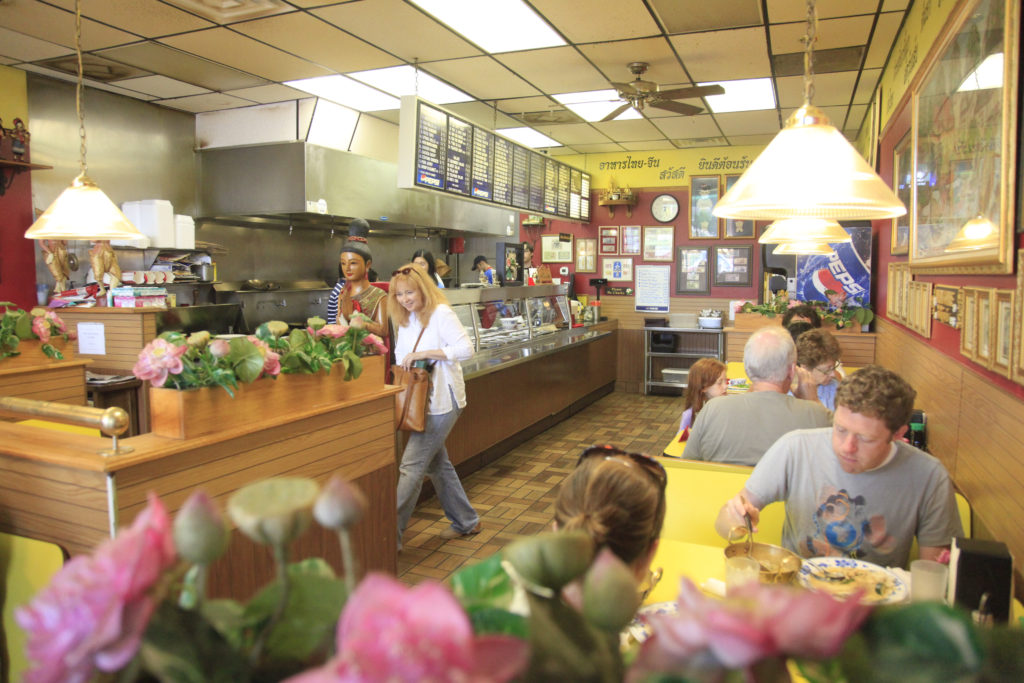 Thai-Siam, located at 601 Kasold Drive in a former Subway franchise shop, is a family-run business. 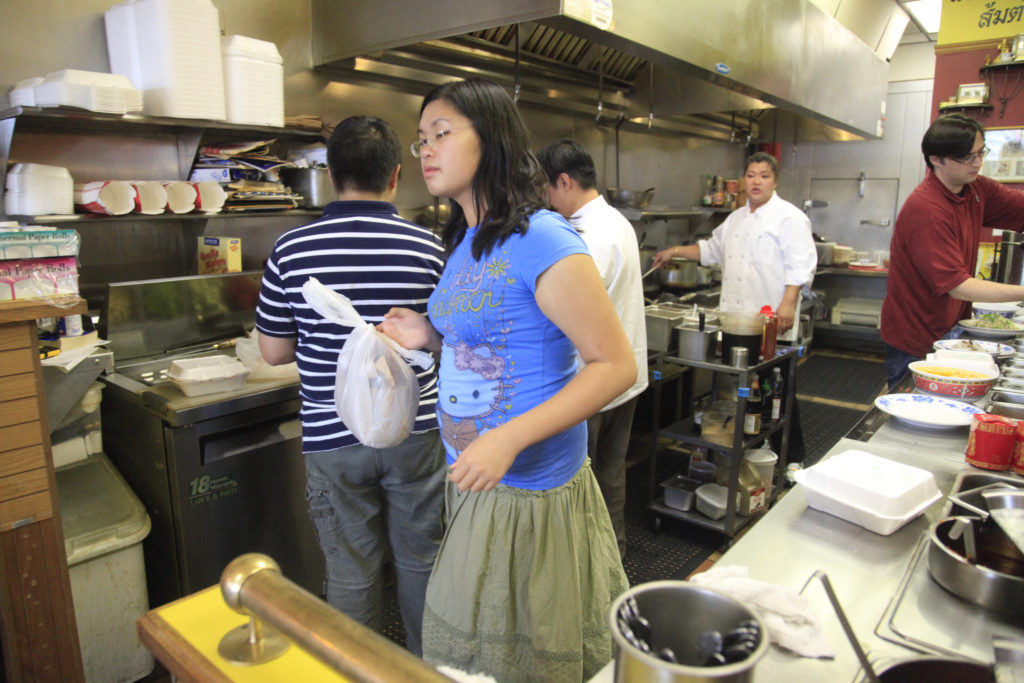 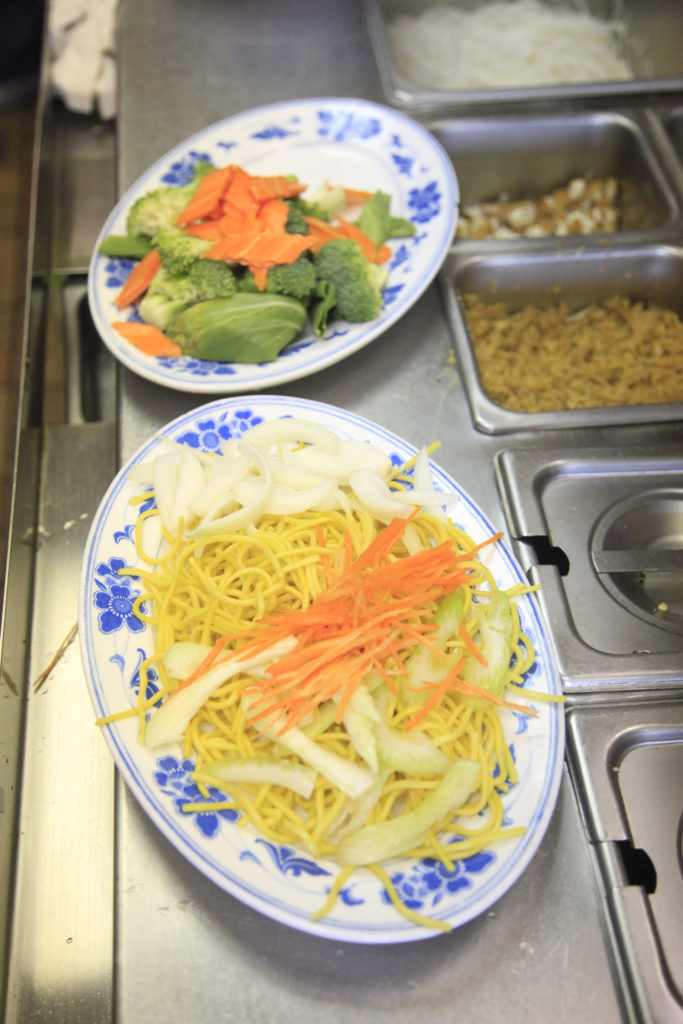 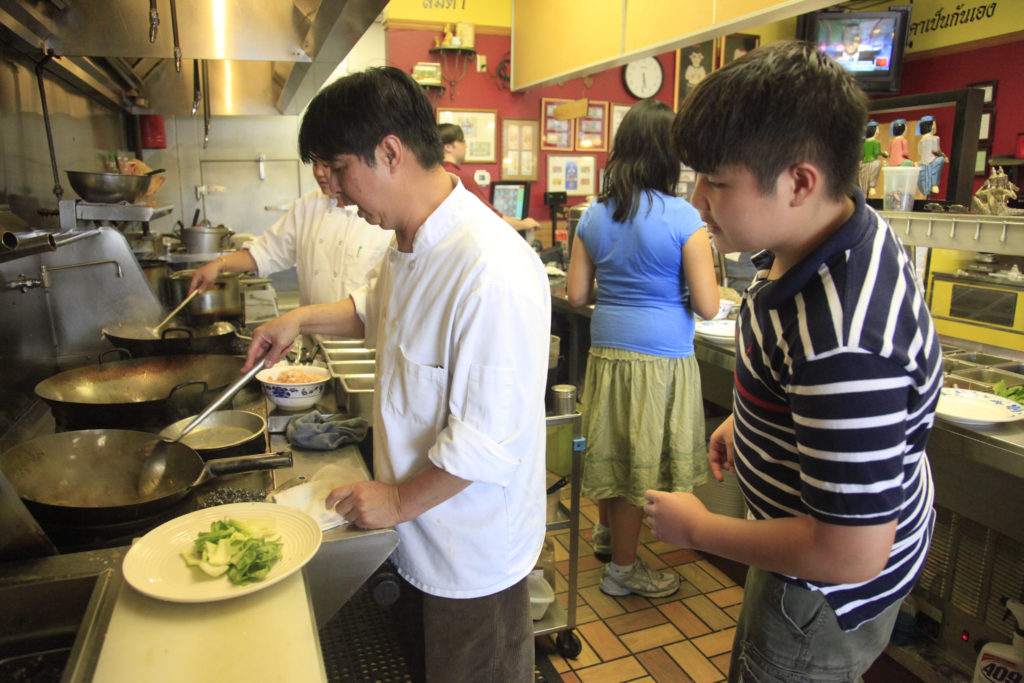 Dustin and Parkin Srisutiva collaborate in the kitchen.

There’s no doubt Sisi and Parkin Srisutiva are learning the ins and outs of the restaurant business early.

“Sisi makes curry and deep-fries egg rolls,” their mother, Jeab, says proudly. “And Parkin helps out as cashier and taking food out to people.”

But while the children — Sisi is 15, Parkin is 13 — can often be found helping out around the restaurant, their parents say they’re working hard to provide an even better future for their children.

Dustin had never planned to be in the restaurant business. In his native Thailand, he earned a science degree, and then he went to college in California in the 1980s to study for an MBA.

“All my cousins in Thailand became doctors and dentists, or got their Ph.Ds,” Dustin says with a laugh. “I was the bad boy of the family and dropped out of school. So I’m always telling my kids, ‘Stay in school; don’t be a cook like me.'”

Sisi says she plans to be a doctor, and Parkin wants to be a lawyer.

“I love that,” Dustin says, grinning.

“Parsons had less than 10,000 population,” Dustin says. “It was hard to get to an airport when family arrived from Thailand.”

“And there weren’t too many people in a town that size who looked like us,” Jeab adds.

After their restaurant in Parsons burned, Dustin and Jeab decided to start shopping for a new location in a larger town. They opened Thai-Siam in Lawrence in 2004.

Now, the restaurant is a family affair, with some of the duties shared by the children.

“We cook everything ourselves from scratch, right out in the open,” Dustin says.

Sisi says: “I like it that I’m starting to learn to cook.”

When it first opened, the restaurant was open all day, seven days a week. Now, it closes from 3 p.m. to 5 p.m. and on Sundays.

So what do the Srisutivas do with all that extra free time?

In the morning, Dustin opens the restaurant, while Jeab drops the kids off at their schools — Free State High School and West Junior High School. While the kids are at school, Dustin and Jeab cook in the restaurant. At 3 p.m., Dustin picks up one of the kids, and Jeab picks up another one. Then they ferry the kids to their many extracurricular activities — violin and piano lessons, swimming with the Lawrence Aquahawks and singing in a choir.

At 5 p.m., Dustin and Jeab reopen Thai-Siam. Unless they’ve dropped Sisi and Parkin off at home, the kids come to the restaurant, too. When they’re not helping out with the cooking and serving, then they’re sitting at one of the yellow booths, doing homework.

“Being in the restaurant business means lots of hard work and long hours,” Dustin says. “It’s not like an office job. You have to consistently put yourself in your customers’ shoes. You can’t be a cook if you do things halfway.”

Sundays are family time for the Srisutivas. They eat at a restaurant of the kids’ choice. The kids also get to pick out the movie the family watches.

“Not too big, not too small,” he says, “and the airport in Kansas City is not too far away.”

Sisi admits that one of the drawbacks to the family business is that “my parents aren’t really home much.”

But then she smiles