Wagon made in NE Kansas in parade for inauguration 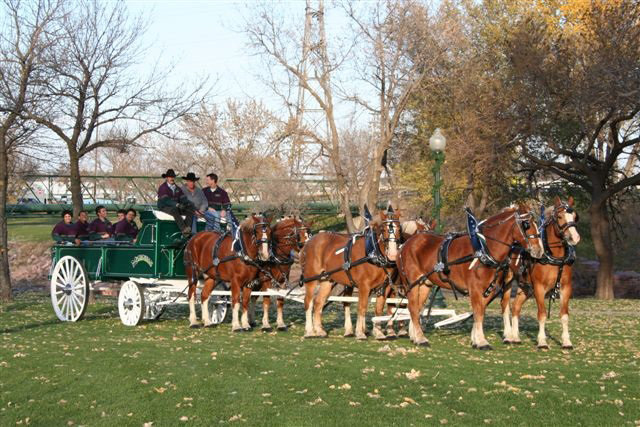 This green custom-made hitch wagon, built by Horton resident Don Werner, will roll from the U.S. Capitol to the White House during the Inauguration Day parade. The wagon was purchased by McCrossan Boys Ranch in Sioux Falls, S.D., where this picture was taken. 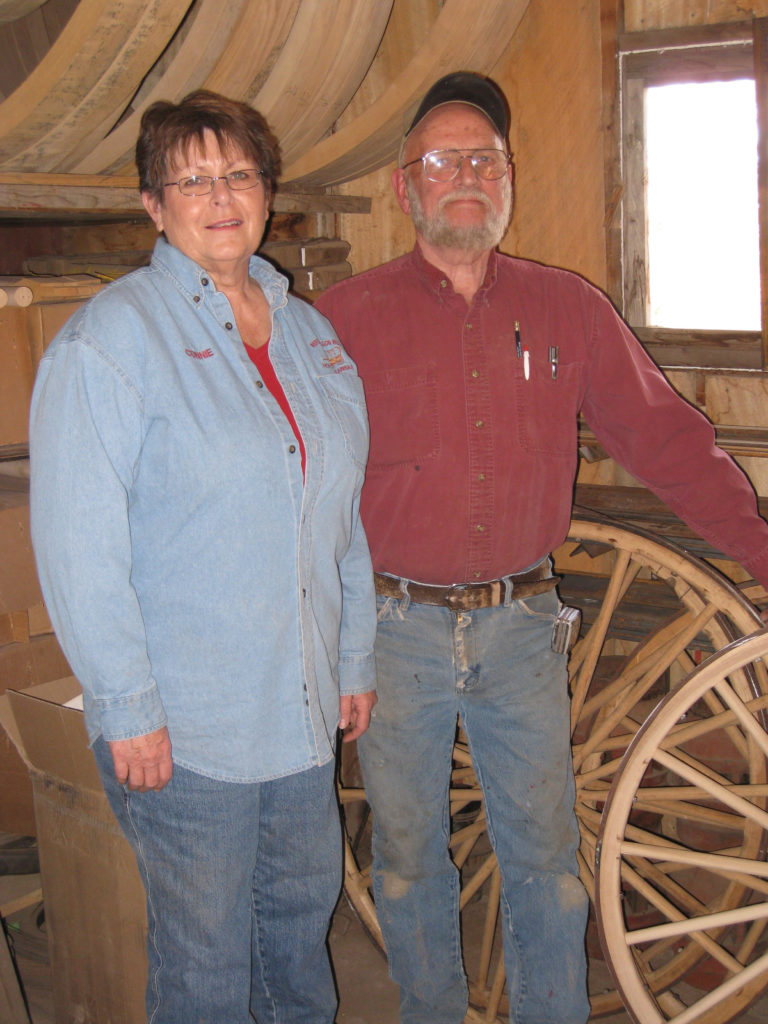 The Owners of Werner Wagon Works, Connie and Don Werner, stand in their Horton shop. The couple are thrilled to have one of Don’s wagons chosen to be in President-elect Barack Obama’s Inauguration Day parade on Jan. 20.

Horton ? For years, Don and Connie Werner have led the Lawrence Old-Fashioned Christmas Parade down Massachusetts Street in their covered wagon.

On Jan. 20, one of Don’s handcrafted wagons will parade down a much bigger street: Pennsylvania Avenue.

“We are just elated, just plum tickled about that,” said Don, who owns Horton-based Werner Wagon Works along with his wife.

This fall, Don was building a custom chrome hitch wagon for the McCrossan Boys Ranch in Sioux Falls, S.D. He was about three-quarters of the way done when he received a call from the ranch’s admissions director, Troy Geis, who asked how the project was going.

“He said, ‘I think we need to step it up a little bit, we might be picked to go to the inaugural parade,'” Don said.

The deadline was to have the wagon finished by the beginning of November so photos could be taken of the metallic green wagon.

“I said, ‘We will be cutting her thin, but I think we can make it,'” Don recalled.

Two weeks after the wagon left the Werners’ shop, they learned it would be in the Inauguration Day parade.

“I mean it’s just a privilege. This is historical-type stuff,” he said.

The McCrossan Boys Ranch, which works with at-risk youths in South Dakota, was one of about 1,400 organizations to submit entries for the parade. Only about 100 were chosen. The ranch has participated in three other inaugural parades during the past two decades.

Inspired by childhood memories of hand-shucking corn with his dad on a farm not far from Horton, Don Werner built his first wagon more than 20 years ago. With Connie, he traveled to wagon trains and wagon shows and word got around that he could fix, restore and build old-fashioned wagons.

Almost 10 years ago, he quit his job as a Kansas City electrician and started building wagons full time. The business continues to grow.

Don builds everything from the simple buckboard wagons to elaborate stagecoaches. In between are chuckwagons, buggies and covered wagons. A good portion of his work is restoring and building wagon wheels. His shop is filled with round wooden edges and spokes.

It took Don four months to build the hitch wagon for the McCrossan Ranch. The finished product was a super-sized wagon that stood 12 feet long, 8 feet high and 65 inches wide. It squeezed onto a semi-trailer truck with an inch to spare on either side.

In the parade, the wagon will be pulled by six Belgian draft horses. The ranch’s traveling hitch team is used for promotion and to teach its youths about accountability, responsibility and helping others.

The couple didn’t have enough time to prepare for a trip to Washington, D.C., to watch their wagon roll along the parade route from the U.S. Capitol to the White House. But they plan to watch it on television. It’s a sight Don “can’t hardly wait” to see.

“We have been in lots of parades, lots of wagon trains. We have been fortunate; we have kind of been all over the place. But this is the ultimate,” he said.