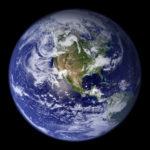 Research scientist and author Roy Spencer, of the University of Alabama in Huntsville, attributes global warming to natural climate cycles and not to the increase in greenhouse gases from burning fossil fuels. Spencer spoke to legislative leaders, lobbyists and leading business officials at the Kansas Chamber of Commerce business and energy summit on Monday in Topeka. Most scientists disagree with Spencer, who advised participants at the meeting not to trust the mainstream media.

TOPEKA ? Global warming? So what.

That was the message Monday from research scientist and best-selling author Roy Spencer to legislative leaders, lobbyists and leading business officials at the Kansas Chamber of Commerce business and energy summit.

Spencer is a principal research scientist at the University of Alabama in Huntsville and author of “Climate Confusion.”

Spencer doesn’t deny that Earth is warming, but he attributes that to natural climate cycles and not to the increase in greenhouse gases from burning fossil fuels.

“There are many of us skeptical of mankind being the cause of global warming,” he said.

And, he said, increased carbon dioxide is not a bad thing, and can either be absorbed by the environment or have positive effects, such as increased agricultural production.

Most scientists disagree with Spencer’s findings. They believe increases in carbon dioxide from human burning of fossil fuels, such as coal and oil, are causing climate changes that, if left unchecked, will result in catastrophic flooding, storms, famine and changes in the environment.

But Spencer said nature is always changing in ways that produce winners and losers. Even if mankind is affecting the environment, he asked, “Why is it wrong for the climate to be different because we are here?”

During a question-and-answer session, Stormont-Vail HealthCare president and chief executive officer Maynard Oliverius noted that carbon dioxide emissions have skyrocketed in recent years. “So what?” Spencer said. “What’s your point?”

Spencer also advised the several hundred people in attendance not to trust the mainstream media on the topic of carbon dioxide emissions and climate change.

“You will be misled on what is out there in the scientific literature,” he said.

Nancy Jackson, executive director of the Climate and Energy Project at the Land Institute in Salina, attended the forum and said Spencer’s talk supported the position of the Kansas Chamber of Commerce, which has urged the construction of two coal-fired power plants in southwest Kansas. The proposed project has been rejected by Gov. Kathleen Sebelius because of concerns about carbon dioxide emissions.

“I would clearly prefer that a forum on energy and business in the state of Kansas include diverse viewpoints,” Jackson said. “I’m hopeful we will see that in the future.”