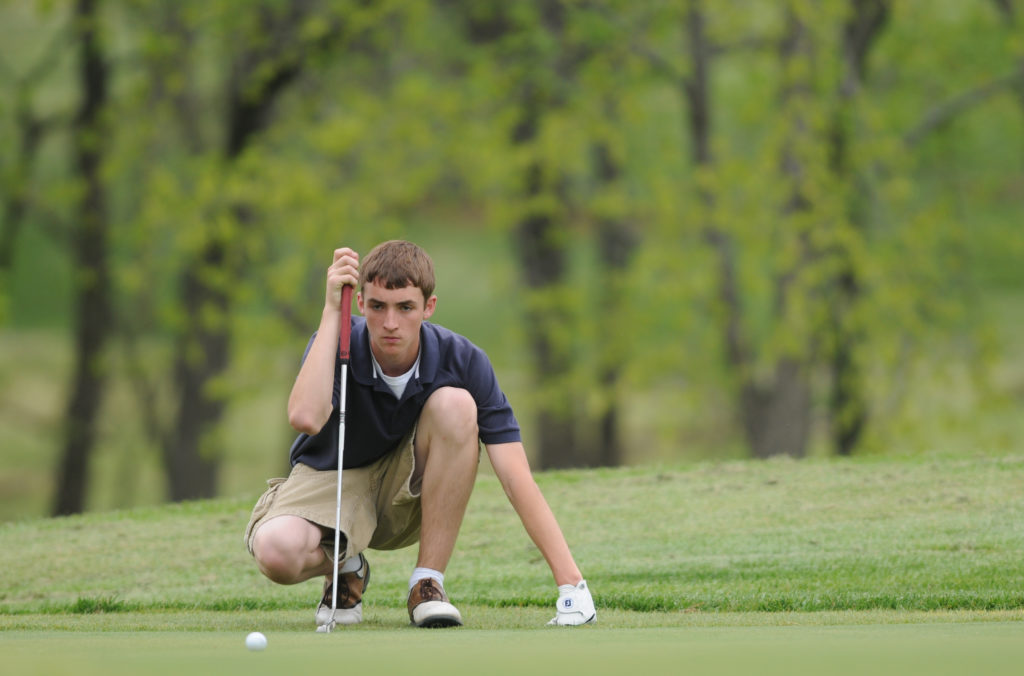 Seabury Academy freshman Reed Grabill studies a putt on the third hole. Grabill shot a 46 on the front nine to win Monday's matchup against KC Lutheran at Alvamar Country Club. 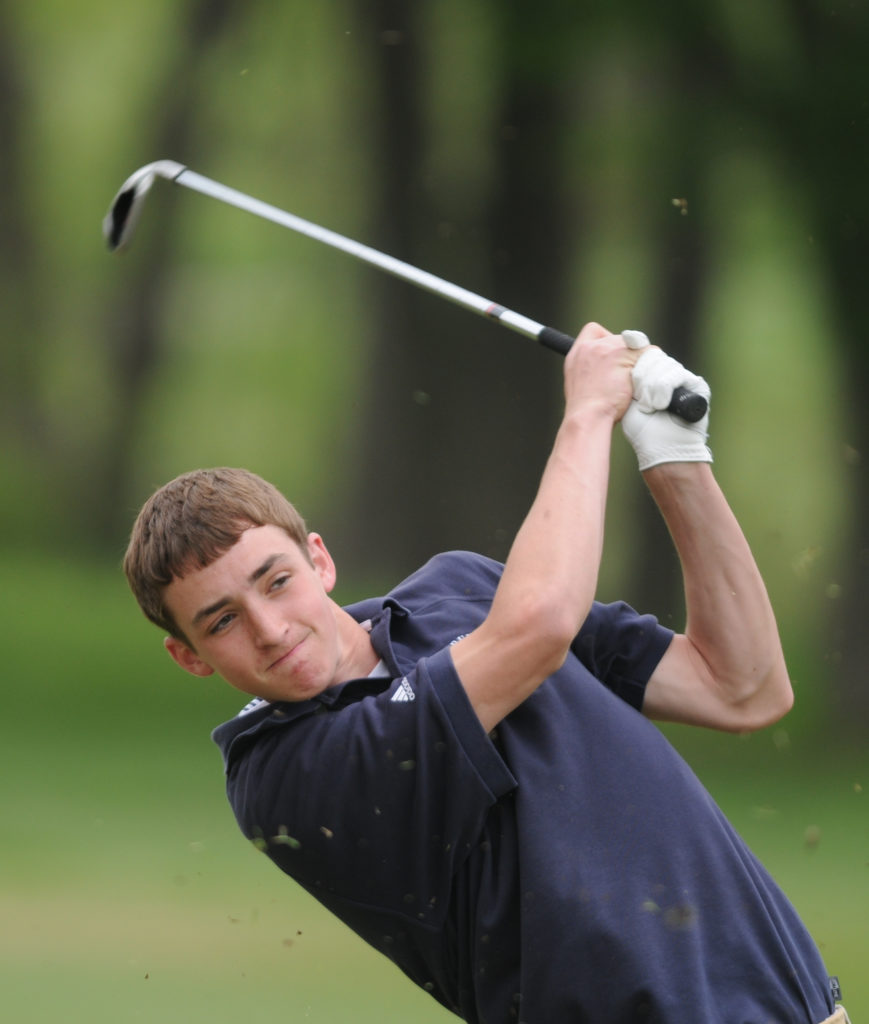 Bishop Seabury Academy freshman Reed Grabill watches his shot from the fairway on the third hole, Monday, May 5, 2008 at Alvamar Golf Course.

Reed Grabill’s drives were long, his irons were solid and his putter was hot Monday at Alvamar Public Golf Course.

The Seabury Academy golfer just couldn’t quite figure out his wedges. Otherwise, Grabill could have put up a Tiger Woods-like margin of victory in the nine-hole tournament against Kansas City Lutheran.

“I had a little difficulty in that area, obviously, but my irons were pretty good. I was driving the ball well and was putting all right,” said Grabill, who shot a 46 on the front nine of Alvamar Public for a three-stroke win. “Overall, I felt fine with my game. I just need to definitely work on my short game.”

Grabill’s struggles could be summed up on the 389-yard, par-4 ninth.

After driving his tee shot nearly 270 yards down the middle of the fairway, Grabill left his approach shot short and right of the green, then sent his chip shot screaming across the green. The freshman golfer two-putted to finish No. 9 with a bogey.

“I started struggling in the end,” Grabill said. “I had two double-bogeys, and that got a little frustrating, but I tried to play through it. But I had a nice drive to finish up. It was probably my best drive of the day. It just felt good – too bad I didn’t finish out the hole as well as I did the drive.”

“My first hardware. It’s a nice feeling to have,” Barone said. “Reed and I, we’re always competitive, so to lose to him by just four strokes, that’s not bad. I’ll take that any day.”

Sophomore Bill Gibbs, a state-qualifier for Seabury a year ago, finished sixth out of the eight golfers with a 66.

“I like Bill, but he came out of retirement, and we’ll say he’s a little rusty,” Barone said. “If he would have continued playing, he probably would have been good. Last year, going to state and shooting a 90 at regionals (wasn’t) that bad for Bill.”

But next week is what matters now.

Seabury will travel to Washington on Monday to compete in the Kansas Class 1A regionals for a shot at state May 19th in Dodge City.

“I’ve got to look at some of the mistakes I made this round and the stuff I need to improve on,” Grabill said. “I’ll definitely be out on the range quite a bit this next week – with the chipping, much more than the driver.”