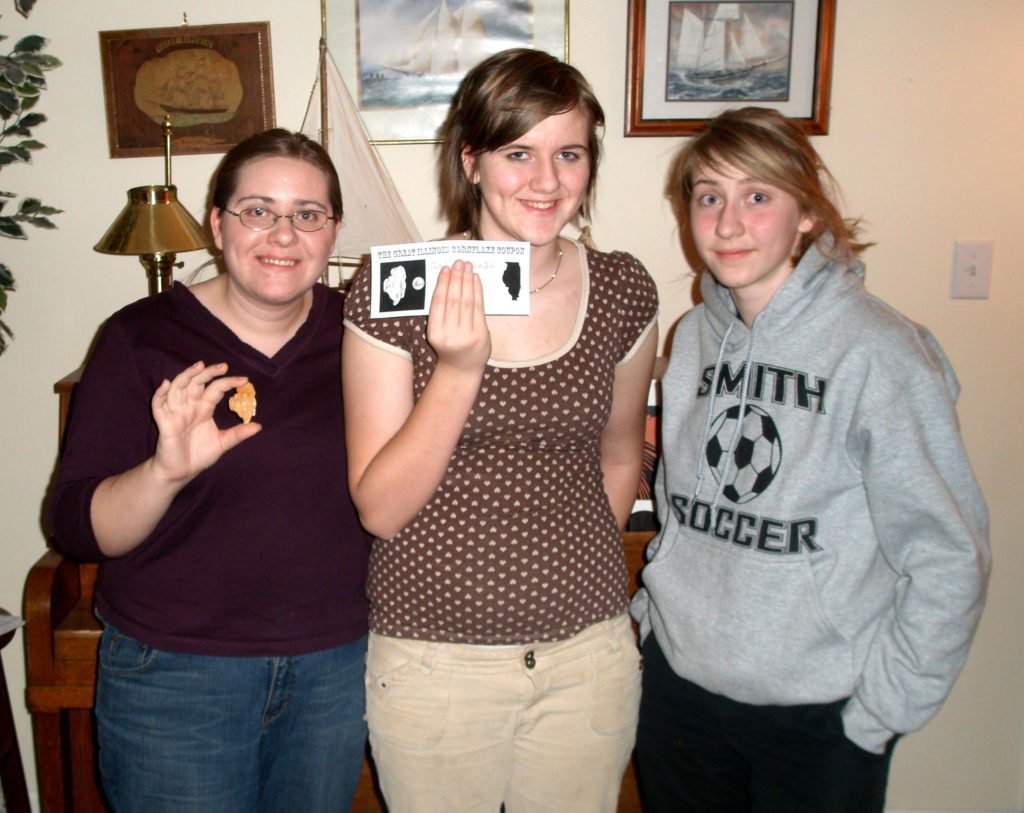 From left are Melissa, Emily and Nicole McIntire. Melissa and Emily are selling a corn flake shaped like the state of Illinois on eBay, and bids have surpassed ,000.

Chicago ? Two sisters from Virginia who are selling a corn flake shaped like the state of Illinois on eBay say the online auction Web site canceled their listing.

“Something really dramatic just happened with our corn flake,” Melissa McIntire, 23, of Chesapeake, Va., said Tuesday, explaining that the sisters received an e-mail from eBay saying the state-shaped cereal was in violation of the site’s food policy.

But the flake is back. The sisters say the Land of Lincoln twin they discovered in a box of Kellogg’s Frosted Flakes is still available after all.

McIntire and her 15-year-old sister Emily said they’ve relisted the flake on eBay, but this time they’re auctioning a coupon redeemable for it, instead of the cereal itself. Bidding on Wednesday afternoon had topped $1,000.

Copycat items have popped up on eBay, including corn flakes shaped like Hawaii and Virginia. There’s also been a potato chip shaped like Florida, and Illinois corn flake paraphernalia, including T-shirts and buttons.

The coupon listing specifies that the corn flake is “NOT edible.” That was the online auction site’s main concern in canceling the original listing, said Nichola Sharpe, a spokeswoman for eBay Inc. based in San Jose, Calif.

“We just had to make sure that it made that clear,” Sharpe said Wednesday.