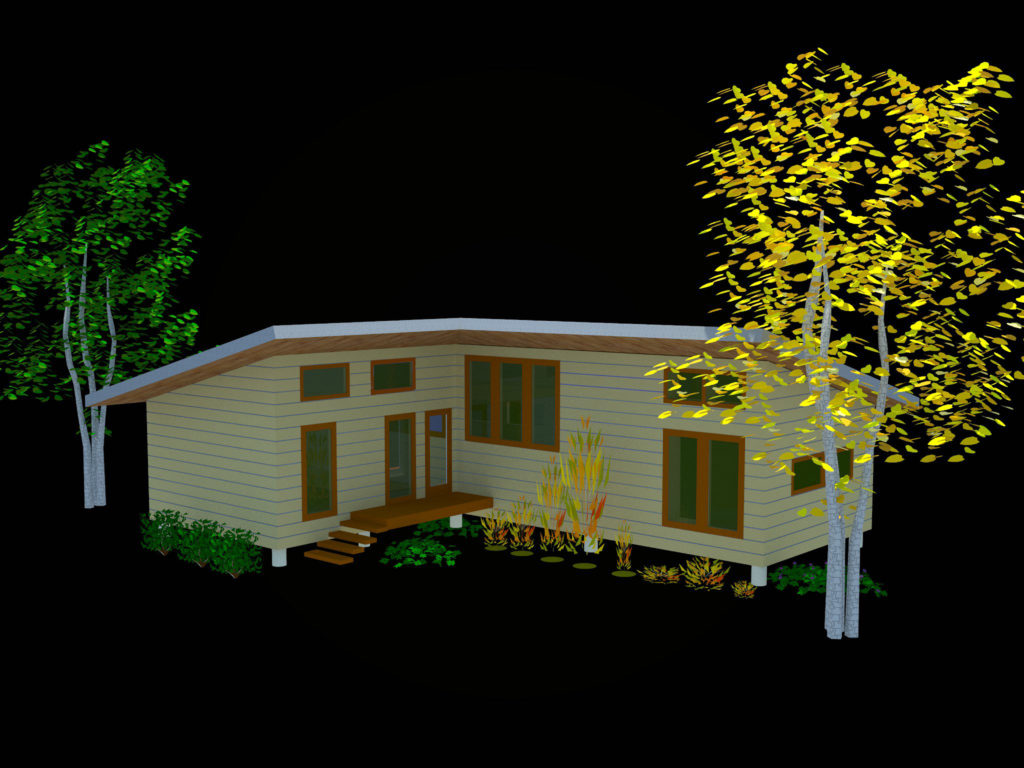 This architectural rendering, provided by SIPsmart Building Systems, depicts plans for a new home at 1601 Bullene Ave., a lot owned by Tenants to Homeowners. The energy-efficient home will be sold for less than 00,000, a price that will be expected to be about 0,000 below market value. 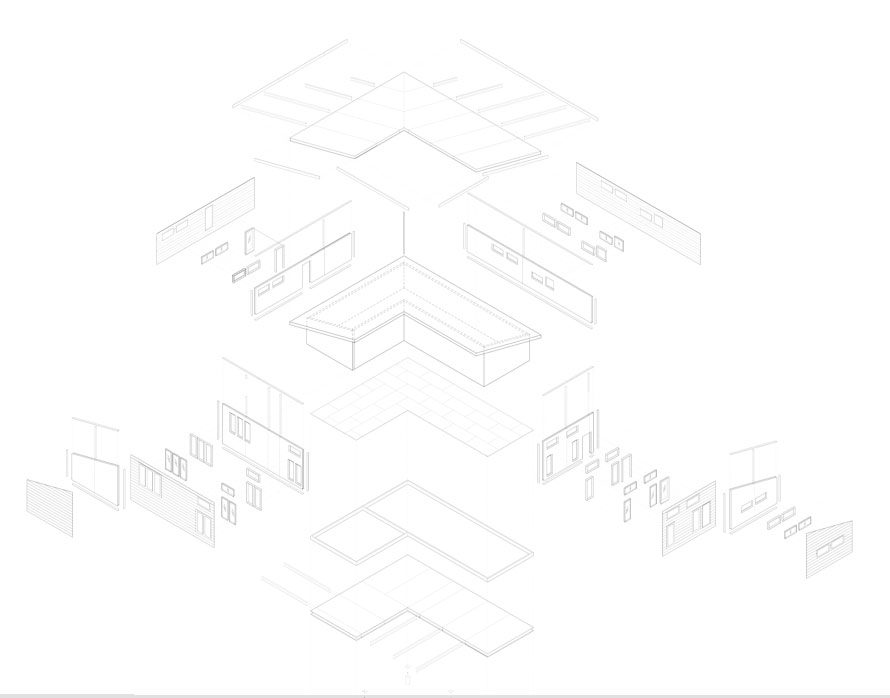 Breakdown of the design for a home to be built at 1601 Bullene. The walls and roof will be made out of structural insulated panels, or SIPs. 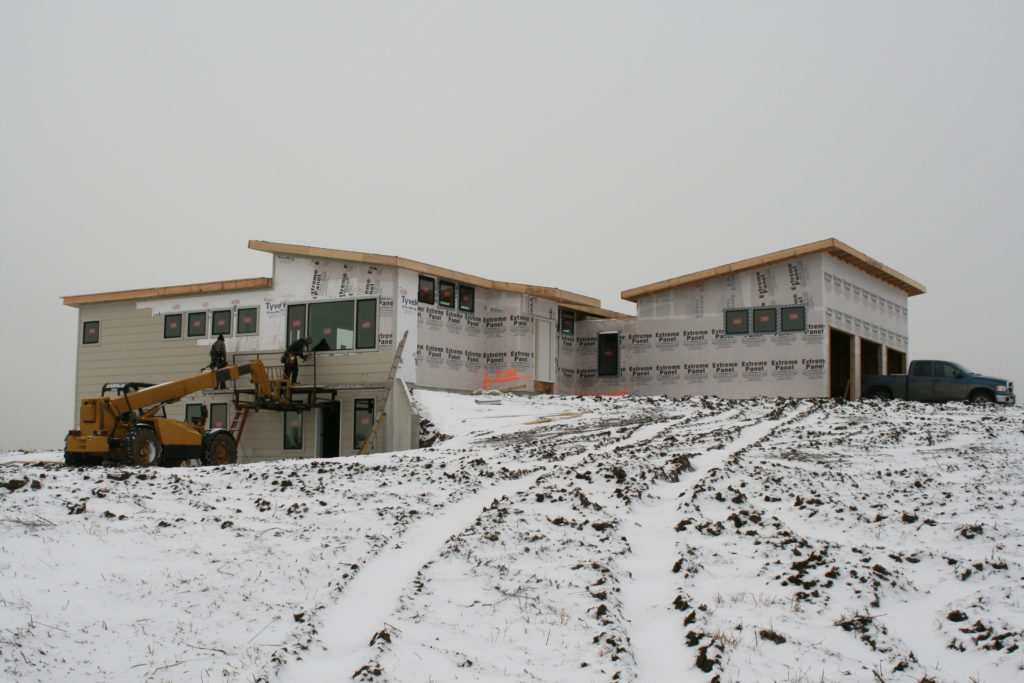 A custom home based on the design of the home planned for Lawrence -- only bigger -- is underway in Independence, Mo.

Jon Red Corn is putting his education to the test with a new environmentally friendly home to be built in east Lawrence.

Red Corn, a 2007 Kansas University architecture graduate, is using his senior-year design project for a new home being built by Tenants to Homeowners Inc., which develops projects for sale to qualifying low- and moderate-income homebuyers.

“This is why I started in architecture. I want to do energy-efficient, affordable housing, which usually are two things that are contradictory to one another,” said Red Corn, lead designer for SIPsmart Building Systems, a design and engineering firm in Lawrence. “I’m trying to bridge the gap.”

The project is one of nearly a dozen energy-efficient homes being built north of 19th Street along Bullene Avenue for Tenants to Homeowners, which is requiring that each of the homes meet federal Energy Star standards set by the U.S. Department of Energy.

To meet the standards, a home must be at least 30 percent more energy efficient that a similar-sized home built conventionally.

“We’re all about affordable housing, and energy efficiency now – and certainly into the future, as energy prices increase – will be a key factor in keeping housing affordable,” said Rebecca Buford, executive director of Tenants to Homeowners. “We don’t just sell them a house and say, ‘Best of luck, see you later.’

“We want to ensure successful homeowners throughout the life of being homeowners, and that includes them being able to pay their energy bills without going broke.”

Energy-efficient “green” projects currently account for only 0.3 percent of new residential home construction in the United States, according to a report released this month by the Commission for Environmental Cooperation. But the commission expects that number to grow as builders respond to increasing demand for cost savings and ways to help the environment.

Helping Red Corn accomplish his efficiency goals are the base materials for his Lawrence project: a series of structural insulated panels, or SIPs, that will be counted upon to provide the home’s structure, strength and insulation.

The panels essentially act as Legos, serving as building blocks for walls and roofs. Each panel resembles a giant S’more, with two sheets of OSB plywood instead of graham crackers and a layer of rigid foam plastic insulation wedged in between, like a marshmallow.

All that’s missing is the chocolate bar, but the time and energy savings produced by the panels can be every bit as sweet.

Red Corn figures that the final project – a 1,060-square-foot, two-bedroom, one-bath home on a concrete slab – will sell for less than $100,000, and provide the kind of energy efficiency seldom expected in such low-priced residences.

“You could heat and cool this house for less than $1 a day,” Red Corn said. “I would like to do a blower-door test at the end to test it – and hopefully prove my theory. But it’s still a theory.”

Not for long. General contractor Jan Schaake, of Clovis Construction, plans to start construction this month and finish this summer.