One arrested in hoax that caused security fears

Boston ? Several illuminated electronic devices planted at bridges and other spots in Boston threw a scare into the city Wednesday in what turned out to be a publicity campaign for a late-night cable cartoon. Most if not all of the devices depict a character giving the finger.

Peter Berdovsky, 29, of Arlington, was arrested on one felony charge of placing a hoax device and one charge of disorderly conduct, state Attorney General Martha Coakley said later Wednesday. He had been hired to place the devices, she said.

Highways, bridges and a section of the Charles River were shut down and bomb squads were sent in before authorities declared the devices were harmless.

Turner Broadcasting, a division of Time Warner Inc. and parent of Cartoon Network, later said the devices were part of a promotion for the TV show “Aqua Teen Hunger Force,” a surreal series about a talking milkshake, a box of fries and a meatball.

Authorities are investigating whether Turner and any other companies should be criminally charged, Coakley said. It wasn’t immediately clear Wednesday who might have hired Berdovsky.

“We’re not going to let this go without looking at the further roots of how this happened to cause the panic in this city,” Coakley said at a news conference.

Those conducting the campaign should have known the devices could cause panic because they were placed in sensitive areas, she said.

Turner did not notify officials of the publicity campaign until about 5 p.m., nearly four hours after the first calls came in about the devices, she and others said.

At least 14 of the devices were found, Coakley said.

“The packages in question are magnetic lights that pose no danger,” Turner said in a statement. 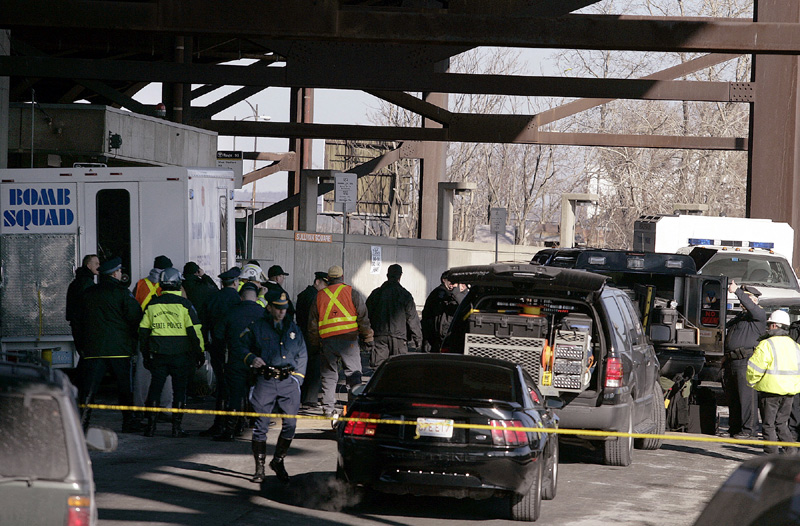 Members of the Massachusetts Bay Transit Authority Police, the Massachusetts State Police and the Boston Bomb Squad respond to a suspicious package found near the Sullivan Square subway station in Boston. Several additional suspicious devices were found Wednesday in different areas of the city. The devices proved to be hoaxes, part of a marketing campaign for the cartoon Aqua

“We regret that they were mistakenly thought to pose any danger,” the company said. As soon as the company realized the problem, it said, law enforcement officials were told of their locations in all 10 cities.

The marketing firm that put them up, Interference Inc., has been ordered to remove them immediately, said Phil Kent, Turner chairman.

“We apologize to the citizens of Boston that part of a marketing campaign was mistaken for a public danger,” Kent said. “We appreciate the gravity of this situation and, like any responsible company would, are putting all necessary resources toward understanding the facts surrounding it as quickly as possible.”

There were no reports from police Wednesday of residents in the other nine cities spotting similar devices.

“Hoaxes are a tremendous burden on local law enforcement and counter-terrorism resources and there’s absolutely no place for them in a post-9/11 world,” Knocke said.

Authorities said some of the objects looked like circuit boards or had wires hanging from them.