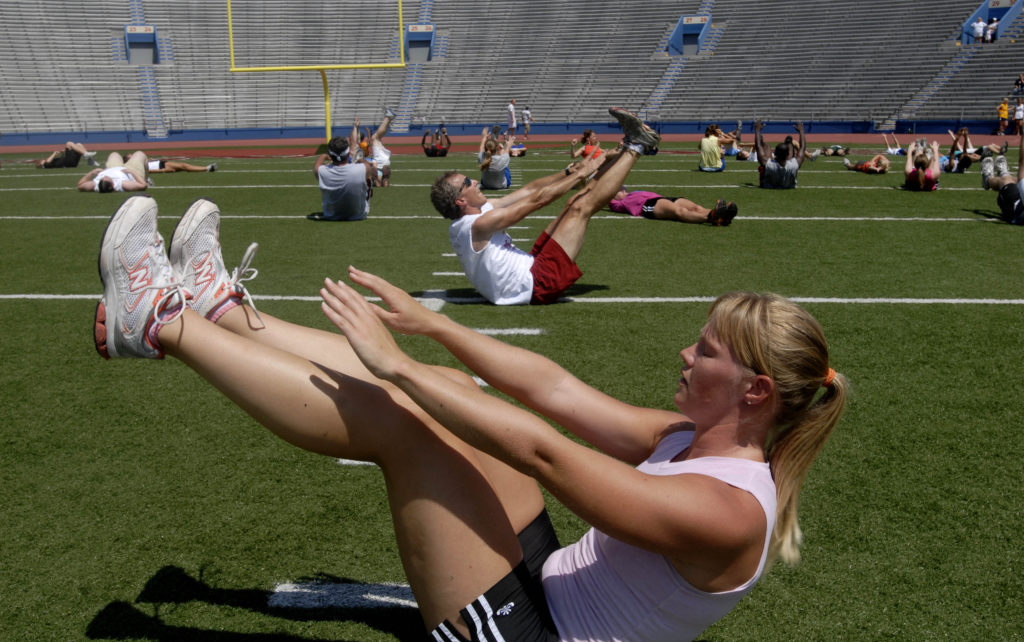 Lawrence resident Meghan Graham runs through the gamut of calisthenics during the final workout of Dog Days Friday at Memorial Stadium. Participants who attended 26 workouts received T-shirts in recognition of their achievements. 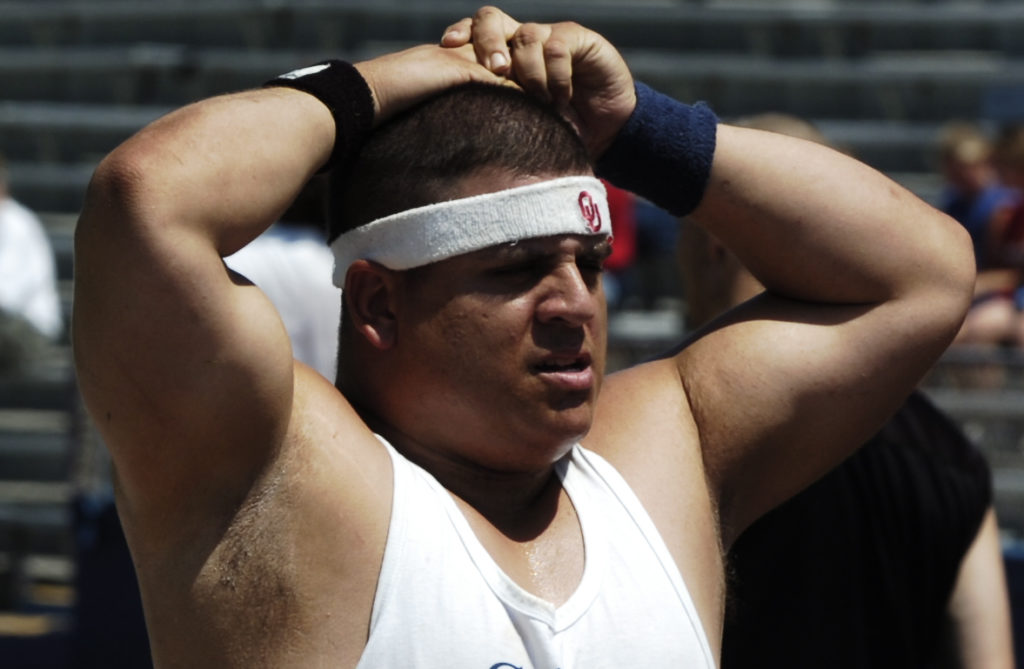 Brady Tanner, of Lawrence, completes a half-mile run during the final workout of Dog Days. On Sunday, Tanner set records for the powerlifting squat and deadlift in the Special Olympics division of the Natural Athlete Strength Association World Cup in Oklahoma City.

The rules are simple.

“If you’ve made your 26 times fair and square, then you get a T-shirt,” Don “Red Dog” Gardner said.

But the road is rough.

That road came to an end Friday afternoon, and a coveted prize waited at the finish line. After a set of calisthenics and a timed half-mile run, Dog Days participants who attended at least 26 of the daily workouts could pick up a neon yellow and electric blue T-shirt.

“You have to really earn them. It’s like a status symbol,” said Leslie Milton, her T-shirt slung over her shoulder, achieved after she attended 29 workouts.

“Because they participate, that $4 shirt becomes a $1 million deal,” Gardner said. “It’s the challenge to see if you can get it.”

Gardner estimated more than 700 people reached that goal this summer, attending workouts at 6 a.m., noon or 6 p.m., Monday through Thursday and Saturday.

“A lot of them have been coming for a few years, and their goal was above the 26 times,” said Catherine Glidewell, who helps organize Dog Days with her husband, Randy. “Some wanted to get 40. We have a certain gentleman who is 61 this year, and so he wanted to get 61 times, and he did it. So, it’s about setting personal goals and achieving that.”

“We’ve earned it. That means more than the T-shirt,” Wessels said.

The summer season of Dog Days wraps up this morning with a four-mile run and two-mile stroll on the Kansas River levee. Registration for the Red Dog Run 3 is $18 and goes from 7 a.m. to 7:50 a.m. at Johnny’s Tavern. The race begins at 8 a.m. All the proceeds benefit the Boys and Girls Club of Lawrence.