A Lawrence teenager’s death is causing a stir in Pennsylvania.

Earlier this month, leaders at Canon-McMillan High School in suburban Pittsburgh blocked publication of a student reporter’s story on the dangers of playing the “pass out game.”

Much of the story focused on Kimberly “Kimber” Wilson, a freshman at Veritas Christian School, who was found dead last August in her west Lawrence bedroom, a plastic-coated bicycle chain wrapped around her neck.

“I wrote the article because kids already know about the game – they think it’s cool,” said Danielle Hibler, a 15-year-old reporter on the Canon-McMillan Times.

Hibler said school authorities spiked the story because they thought it might cause other students to try the game.

“I was told (administrators) were afraid of copycats and that they might get sued,” Hibler said. 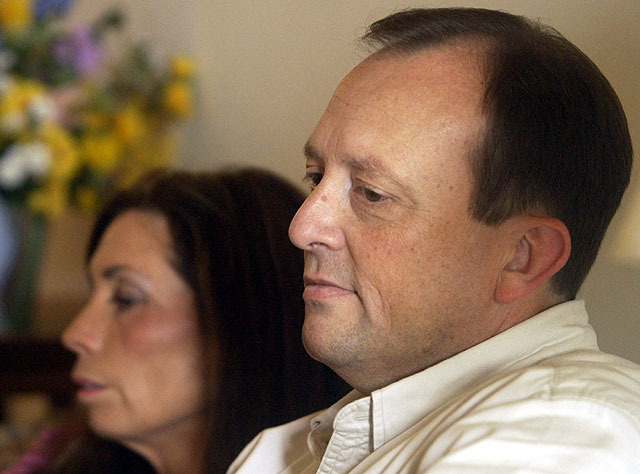 Tim Wilson, father of Kimberly Wilson, and his wife, Carol, are working to raise awareness of a pass

The decision not to run the story has triggered a debate in Pennsylvania over students’ First Amendment rights.

School leaders aren’t happy. “This has been blown way out of proportion,” said Canon-McMillan principal Linda Nichols. “The story wasn’t run because it wasn’t complete, it didn’t cite sources and the (faculty) sponsor hadn’t proofed it yet.”

Hibler disagreed. “That’s completely false; that’s not what I was told,” she said. “My teacher looked at it – that was my fourth or fifth draft. I cited my sources.”

Coincidentally, the day Hibler learned she had been censored, a 13-year-old boy in nearby Mount Lebanon, Pa., died while playing the choking game.

“That’s when I e-mailed the (Pittsburgh) Post-Gazette to see if they’d help out,” said Hibler’s father, Dean Hibler.

“We’re to the point now where we don’t care how the word gets out, we just want it out,” Dean Hibler said. “Kids think this is a cheap way to get high that’s legal.”

“We’ve run into this ourselves,” Tim Wilson said. “People think if you raise awareness, more kids will try it. Our experience has been just the opposite. Kids are doing it now. If they understood the dangers, they would be less likely to do it.”

Wilson said he and his wife were convinced Kimber would not have played the game if she had understood the potential harm.

Wilson praised Lawrence High School’s newspaper, The Budget, for publishing a story on their daughter’s death.

“They did a terrific job,” he said.

No one at LHS doubted whether to run the story.

“In Kansas, student editors maintain content control. We’re different from most states,” said LHS journalism teacher Heather Lawrenz. “Our editors thought it was an important issue, and the Wilson family wanted to get the word out. It wasn’t controversial.”