New York ? What if Bridget Jones, fictional chronicler of the trials and tribulations of 30-something singletons, had left London to become a tabloid reporter in New York?

And what if she had a Carrie Bradshaw-like newspaper column, detailing her troubled love life and bad dates?

A book not unlike “Tabloid Love,” by Bridget Harrison, might well have been the result.

But unlike Candace Bushnell’s “Sex and the City” and Helen Fielding’s “Bridget Jones’s Diary,” Harrison’s book is a memoir.

In the crowded field of “chick lit,” it is to Harrison’s credit that she opted not to fictionalize her experiences.

“Most people tend to do these thinly veiled portrayals. I thought I’d quite like to put my money where my mouth is and write the real thing,” the 35-year-old author says. “Everything in my book is 100 percent true.”

“Tabloid Love” is a memoir written in the style of a chick lit novel.

“It’s responding to a craving in the audience for reality,” says Suzanne Ferris, co-editor of an anthology of essays called “Chick Lit: the New Woman’s Fiction,” who thinks it’s a natural progression toward a combination of two popular forms. 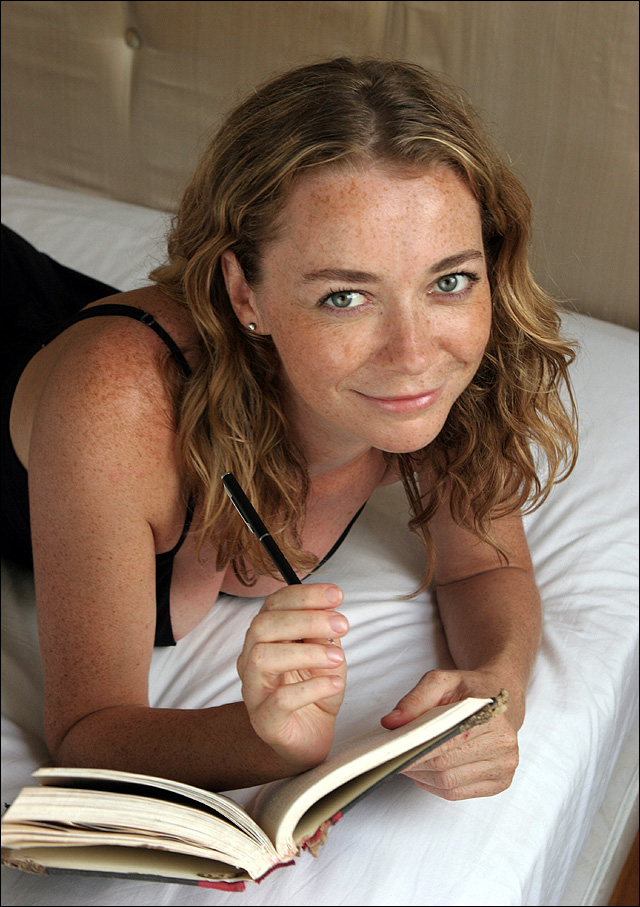 In her memoir, Tabloid

Plum Sykes, best-selling chick lit author of “Bergdorf Blondes” and “The Debutante Divorcee,” says it was “brave” of Harrison to be so honest in her memoir.

“She’s definitely not trying to hide anything,” says Sykes, who is also contributing editor to American Vogue. “She’s not trying to fictionalize it or dress it up in any way. On the one hand, she is very, very funny, but she’s also neurotic and mad.”

The book, which publisher Da Capo Press gave a first printing of 60,000, relates how Harrison quits a comfortable job back home as assistant features editor with The Times of London to plunge into the deep end as a general assignment reporter at the New York Post.

She breaks up with the boyfriend she left behind in England, has many bad dates, yearns for and wins “Jack,” a senior editor at the Post, only to lose him, partly because he is tired of details of their relationship appearing in her column. She has a fabulous time running around town with her girlfriends – and suffers more bad dates.

Her assignments often include tracking down distraught relatives of crime victims, such as those related to the decapitated owner of an Upper East Side restaurant and a 4-year-old stabbed to death by his playmates with a ball point pen. One Christmas day, Harrison was even assigned to knock on the door of a man whose wife of 39 years was killed in a hit-and-run the night before. She found him all alone, deeply in shock.

“It’s the nearest I’ve ever been to crying on a job. I had to hold onto the table to stop myself bursting into tears. Then you feel like such a fraud because you’re there to get your quotes,” she says.

Harrison’s other job at the paper was writing a column about dating in New York. Much of the book is also taken up with horror stories about the men she met, including one who popped a mint in her mouth at the start of a date.

“For all that the book may be autobiographical and factual and about writing for a newspaper, it has a very literary voice that is funny and clever and imaginative,” says Robert Bennett, assistant professor of English at Montana State University. And it helps, he says, that the tone is self-deprecating humor.

Much of the book is funny and honest about Harrison’s mishaps at work and in love. She quotes one reader who writes in: “Hi, Bridget, Does the Post pay you to write about how hopeless you are to make other women feel better about themselves?”

Sometimes Harrison strikes a serious note. Midway through her five years in New York she wonders, “My family was still on the other side of the Atlantic. My job frequently bordered on the ludicrous, and I was no nearer to starting my own family.”

But she pulls herself together and decides that she’s living in “the greatest city in the world.”

Harrison loved the Post, but after five years at the tabloid, she returned to London in 2005 for family reasons. She now works for News International as a commissioning editor and is dating someone in a “very New York way.”

“If you’re single, New York is definitely the best place to live in,” she says. “But I do joke I’ve got to go back to London to find a husband. I don’t think I’ll find a husband in New York.”