A new reptile on the block

Some raise concerns about alien lizards' expansion in Kansas

Joe Collins is used to dealing with all manner of lizards, but the little green guy delivered over the weekend in a jar by a Kansas University student was a bit of a stranger.

It’s not that Collins, a herpetologist, wasn’t familiar with the Italian Wall lizard. It just wasn’t supposed to be in Lawrence.

But 40 years after the first such critters were set loose in Topeka, they’ve finally made their way here – to a windowsill at GSP residence hall on the KU campus.

“I always thought that they’d find their way out,” Collins said. “Well, they have.”

Collins was disturbed by the find. He was happy for the study opportunity, but said the lizards’ expansion posed questions about the consequences of an alien species thriving in Kansas.

The first Italian Wall lizards arrived in Kansas during the 1950s. Topeka pet store owner Charles Burt imported the lizards – along with a variety of other exotic animals – in a time before the government regulated such items. 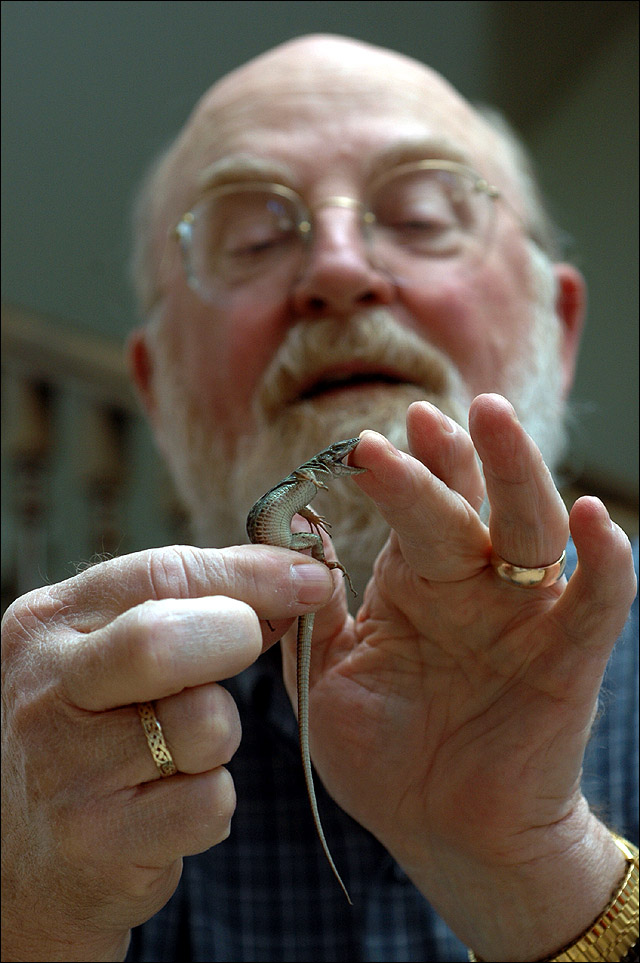 Joe Collins, Lawrence, shows off an Italian Wall lizard that someone found on Kansas University campus. The lizard, native to Europe, came to Kansas about 50 years ago and is now spreading across the state.

When Burt died in the 1960s, the lizards, either by neglect, escape or release, made their way out of the little shop to, of all places, a Kentucky Fried Chicken restaurant. There they found a nice home in a big box air conditioner outside the restaurant and began breeding. 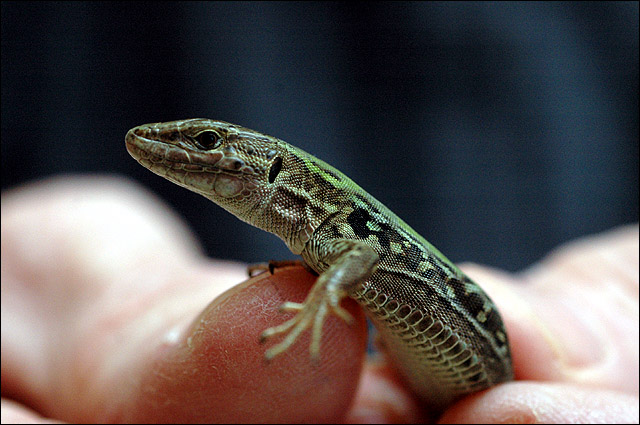 This Italian Wall Lizard was found on the Kansas University campus, on a windowsill at the GSP residence hall.

The lizards, known in Italy for dwelling in urban environments, felt right at home in the city, living on insects and basking in the sun. Collins said the lizards’ city dwelling allows for easy access to meals and hiding places.

“It’s harder to earn a living outside of the city,” Collins joked.

Now, Collins said, the critters have spread across the state. In Topeka, that’s not much of a problem – there are no other lizards competing for food and shelter. But outside the city, the new lizards pose a new challenge to other animals.

He’s heard the reptiles have spread as far south as Wichita, and as far west as Garden City and Dodge City.

The problem, Stark said, is that the new lizard could bring disease that damage the state’s native lizard population.

“That’s my biggest concern,” he said.

The lizard is, for the most part, smaller than native lizards, making it unlikely to be a real competitor for food or space. No one has found any reason for serious worry yet.

“That’s what everybody says at the start of every biological disaster,” he said.