At a shelter in Louisiana days after Hurricane Katrina struck, an 84-year-old woman asked Gary Smith whether the world was coming to an end.

Smith, who recently returned from his trip as a volunteer for the local chapter of the American Red Cross, said he and crews did their best to help the elderly woman and others.

Now is not the time, Smith said, to lob criticism, as many have done, at the Red Cross for its efforts in the Katrina aftermath.

“Now is the time when we have to keep giving money because we’re still in the middle of the crisis,” Smith said.

The organization has faced complaints about chaotic and inequitable operations in the Gulf states. It has been pressed to share funds with other agencies.

But Smith and others here said the organization and its volunteers were doing their best to help in an overwhelmingly large catastrophe. 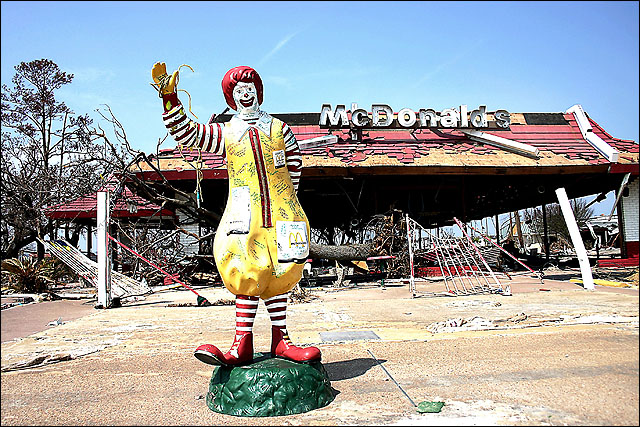 Emergency crews signed their names on the still-standing Ronald McDonald statue outside the demolished restaurant on the coast between Biloxi and Gulfport, Miss.

“We’re not a perfect organization, and there are bound to be areas of improvement,” said Jane Blocher, executive director of the Douglas County Chapter of the Red Cross.

Judi Mahaley, a Lawrence resident who recently returned from a volunteer trip to Louisiana, said Katrina created unique demands on the Red Cross and other agencies.

“If the Red Cross went away totally, where would that leave all the people we served?” she said. “All the good they do, if you took that away, there would be a huge void.”

Smith, a street photographer who lives in Lawrence, joined the Red Cross shortly before Katrina struck and was among the first local volunteers sent to aid Louisiana residents.

Blocher said Smith was quick to react to the disaster.

“When Katrina struck, he was the first volunteer who called to say he could go down,” she said.

With all she knew crumbled around her, the woman told Smith she had attended church every Sunday and, for the first time in her life, she was going to skip. She no longer believed in God, she told him.

Smith, not a church-going man, spent an hour talking with her and pressing her to go to church. When they parted, the elderly woman kissed him and told him she would go.

“I’m sure she went to church the next day,” he said. 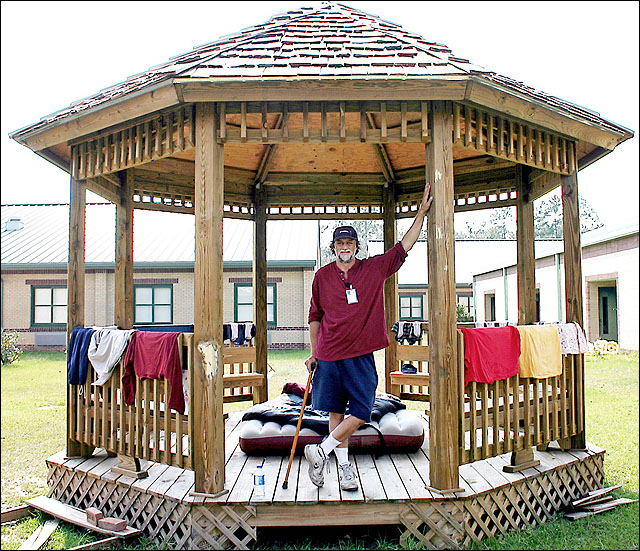 Red Cross volunteer Gary Smith sets up house inside a gazebo outside a Red Cross shelter in Pearl River, La.

It was a tender moment of giving for the Lawrence photographer who has spent a lifetime not participating, but observing and recording.

Smith said he helped man a shelter in Mount Hermon, La., near the Mississippi border. He worked around the clock. He stood by others as they went through the stages of shock, denial and acceptance. He slept outside.

“Everybody was overwhelmed,” he said. “Everybody tried their best. That was all they could do.”

Smith also worked at a shelter in Pearl River, La., about 15 miles from the shores of Lake Pontchartrain. There he met a man named Earl who had weathered the storm on his shrimp boat and remained on the water for two weeks after Katrina swept through.

When Earl showed up at the Pearl River shelter, he was looking for his wife and family. The shrimper, with little hope or resources, planned to bicycle to Tennessee. Smith said Earl was confused. The shrimper thought his family was missing, when in truth, it was the shrimper who was lost. Smith said he convinced Earl to stay at the shelter and try to find his family from there. 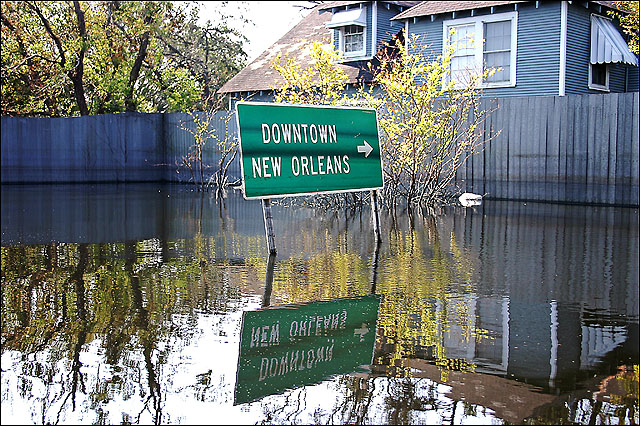 “I guaranteed him that they were alive,” Smith said. “I was crossing my fingers.”

Newspapers caught Earl’s story. Days after Smith returned to Lawrence, he received an e-mail from Earl, sent from the Pearl River shelter. It said: “8006 shrimp dead. Wife alive and well in Honolulu, Hawaii.”

“It should be known that the Red Cross is always doing more than their mission,” Smith said.

Thirteen local Red Cross volunteers have been sent to the Gulf region to aid storm-battered residents. And more will go in the future, Blocher said.

The chapter also has seen about three dozen displaced families who have come to Douglas County. The local chapter gives the families financial help for clothing, food, medications and other needs. A family of five can receive up to $1,565 in cash. 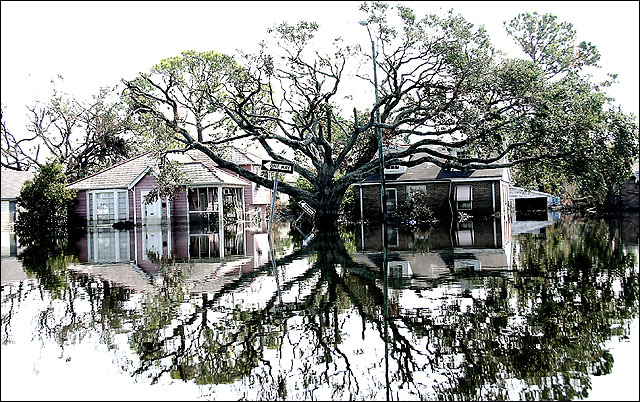 Blocher said relief efforts have not slowed yet and workers expect this will be a long-term effort. She said contributions to the Red Cross’ disaster relief fund were still welcome. And, she said, the Red Cross isn’t the only agency helping.

Some evacuees, particularly those from the hard-hit Mississippi areas, are choosing to stay in Lawrence. And as they make roots, they will have needs. The United Way is another agency that will be helping these families, Blocher said, adding that donations to that agency also will help.

Smith spent most of his time helping the victims. But he had a few hours on his trip to traverse the ravaged coast and take pictures.

“It was as bad as people thought,” he said. “Everything was busted apart by the star of the show: Katrina.”

Gary Smith’s photos will be presented at a slideshow during a benefit dinner from 6 p.m. to 9 p.m. tonight at West Side Deli and Bistro, 4931 W. Sixth St. The four-course Cajun dinner costs $100 per person, with proceeds benefiting the Red Cross. The photos are online at www.streetphoto.com.