Homes: A look at a unique East Lawrence house with 54 windows 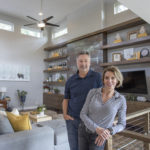 The home of Mike and Tami Nevels, built by David Clemente Construction, will be one of the home’s featured on next weeks Lawrence Parade of Homes. The Nevels are pictured in the main floor living room.

Designing a beautiful home does not need to be difficult. The tall one-story, open-floor home of Tami and Mike Nevels shows how.

The construction for their sleek three-bedroom, two-and-a-half-bath home in East Lawrence finished in the fall of 2017, with the Nevels moving in last September, Tami said.

The Nevels, who previously lived on the west side of Lawrence, decided to build the home because the foundation of the previous house on the East Lawrence lot — located on the 1100 block of New York Street – was crumbling. 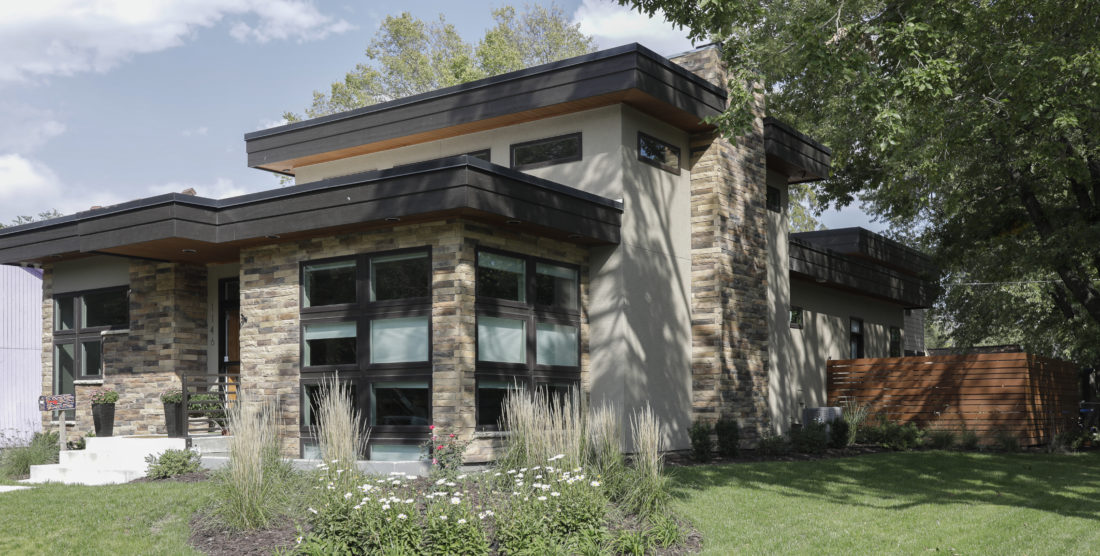 To build the new home, the Nevels commissioned David Clemente, a local home designer and builder, to create something of his own inspiration.

“They gave me free rein,” said Clemente, who has never built the same home twice, according to his website. “They just told me to do my thing.”

One of the main features the Nevels requested is natural light in both the main floor and the basement, Clemente said. To make that happen, he said, he “killed two birds with one stone” by placing a large window well around the stairwell in the southwest corner of the design.

After placing the stairwell and the window well in the corner, which is located directly to the right of the entrance, the rest of the design of the house was quite simple.

“From there it was just laying out the rooms they needed,” he said. “It just falls into place.” 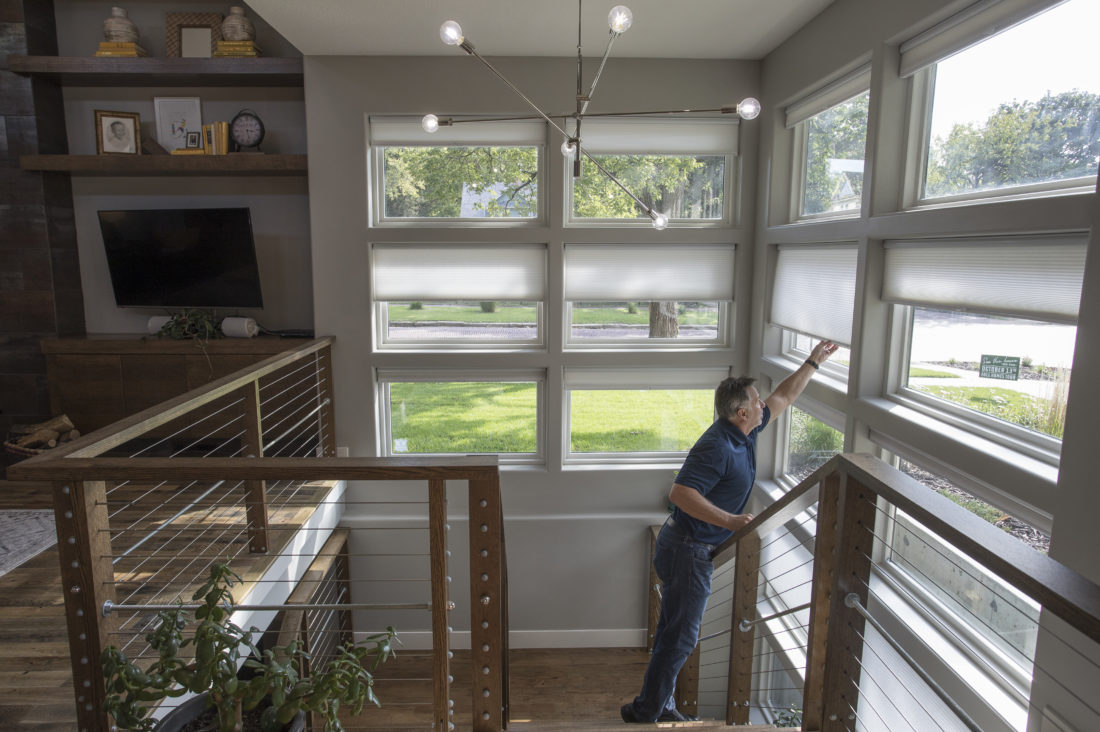 A panel of windows provides light for the basement and the living room.

The window well itself includes 16 windows, spanning from the trim of the roof to the bottom of a small underground outdoor well.

Next to the entrance, the main floor of the home also includes a large, open living room with higher ceilings, as well as doors leading to an office room and a half bathroom.

Clemente said he used different height ceilings throughout the main floor of the home to break up the sight of the home, because the small amount of space on the land did not offer a lot of opportunity to create the facade.

Clemente placed more windows in the vertical space between the two roofs to provide more natural light in the main floor of the house. All told, the house includes 54 windows. 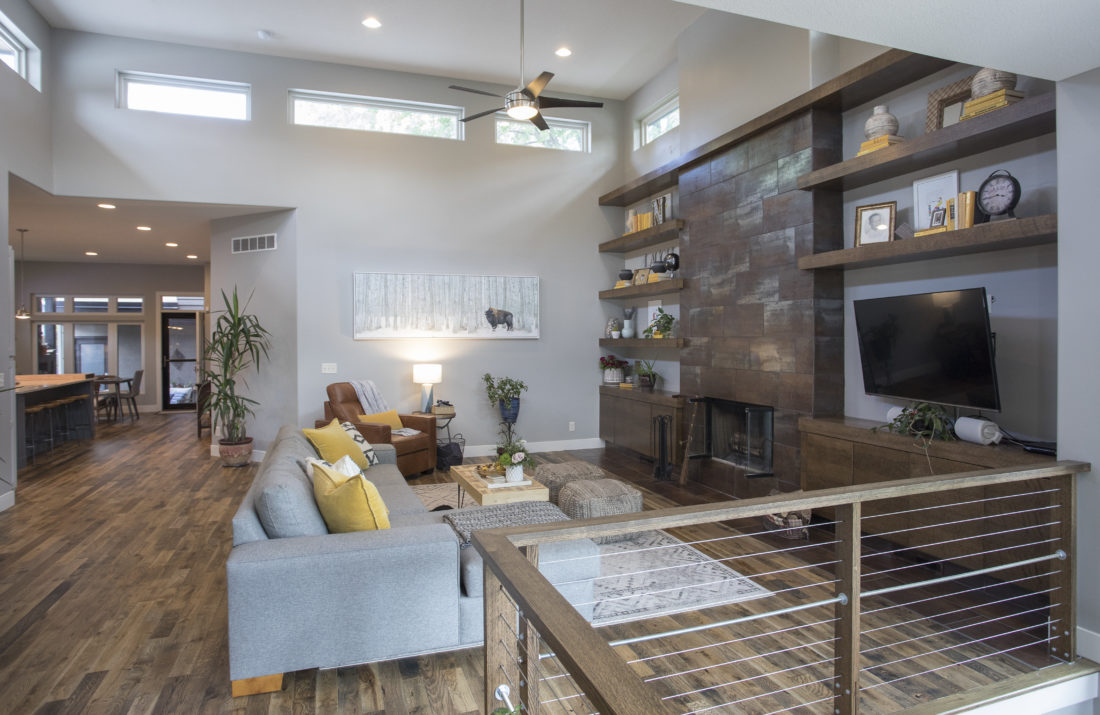 Tami Nevels she enjoys the home’s multi-level roof, noting that some neighbors who have visited the house have assumed it has a second floor.

The hallway to the east of the the living room leads to a large, open kitchen. While using an island in the middle of the space, the kitchen has a long counter traveling the entire length of the room.

“For entertaining, it’s perfect,” she said. “It’s wide open, you can go to the outside and flow there (the open rooms).” 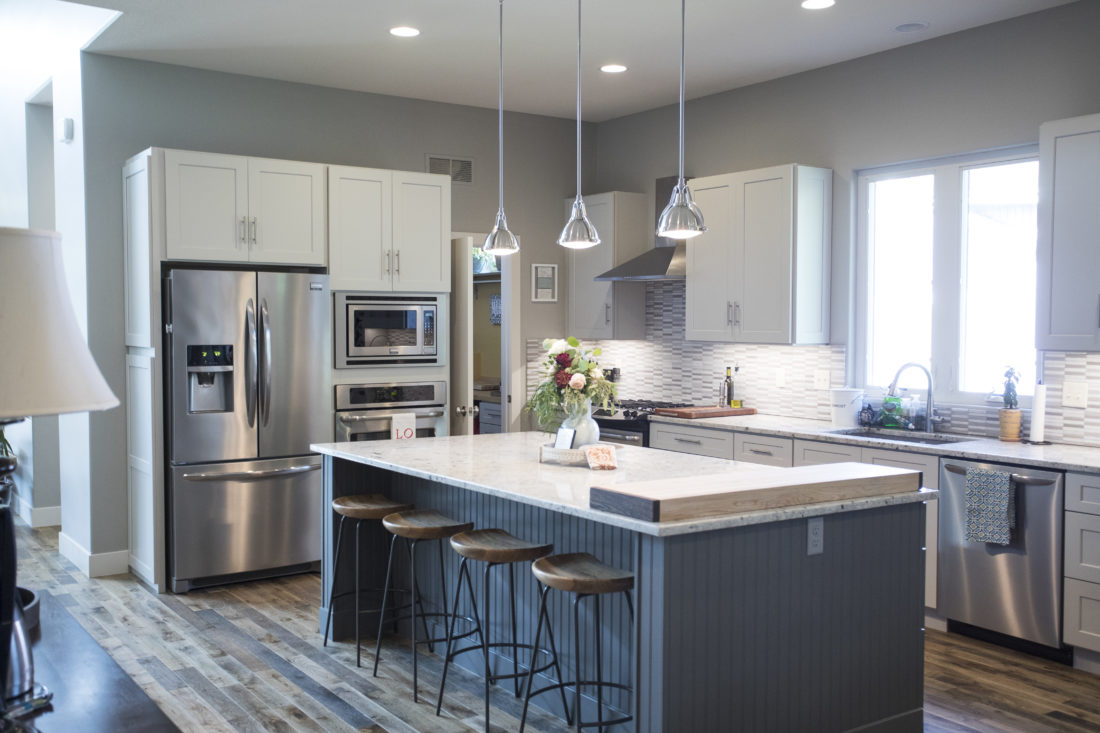 Similarly to the main floor, the basement features and an open room for lounging, with two bedrooms on the north side of the floor. The rest of the basement, located below the kitchen and master bedroom, is used for storage, Tami Nevels said. 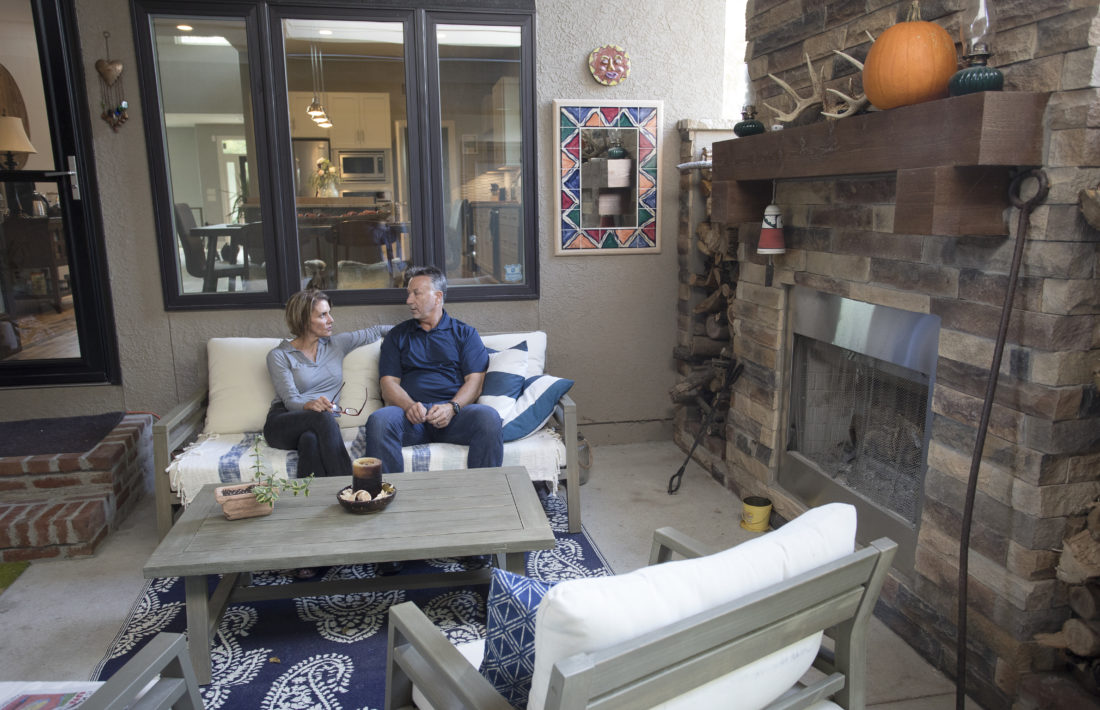 The Nevels are pictured on a patio area off their kitchen.

The result is a cozy outdoor patio that seems enclosed, but still allows for the outdoor feeling.

“I wanted to give them some privacy, but a breeze will come through there so they aren’t burning up in the summer,” Clemente said.

Above the attached garage is a one-bedroom guest apartment. The apartment does not include a full kitchen, but serves well for when guests stay at the house, Tami Nevels said.

Altogether, the simple, sleek home offers exactly what the Nevels want out of a house.

Journal-World Reporter Dylan Lysen features interesting Lawrence homes on a monthly basis. If you think you have a home that could be featured, please contact Dylan at dlysen@ljworld.com. Submitting a home does not guarantee it will be featured.