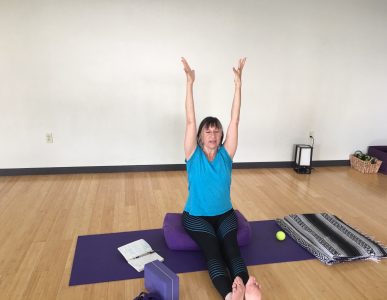 Connecting mind, body and spirit is essential to a person’s well-being at any age, according to Rieger, who spends a lot of her time teaching gentle yoga classes to many seniors around Lawrence. Whether it’s Yoga for Everybody or Chair Yoga at the Senior Resource Center or Ageless Yoga at several yoga studios around town, Rieger touts the anti-aging benefits of yoga.

One of the benefits that some of her students say they have experienced is an increase in bone density for those suffering from osteoporosis.

She recently had a 93-year-old student who drove herself to class.

Sometimes she’ll get people in their 40s who come to the Ageless Class because they want a gentler workout.

“The idea is to die young — as late as possible,” Rieger said, quoting the anthropologist Ashley Montagu.

For more than 35 years Rieger has been practicing yoga. She loves combining her background in clinical social work with dance and yoga. The benefit of movement is huge, even for those enrolled in the chair yoga class, which is designed for people in their 70s and 80s, or people recovering from an injury who can’t get up and down from a yoga mat.

Whatever class she happens to be offering, Rieger said, it’s important to do a long warm-up of the muscles and joints. 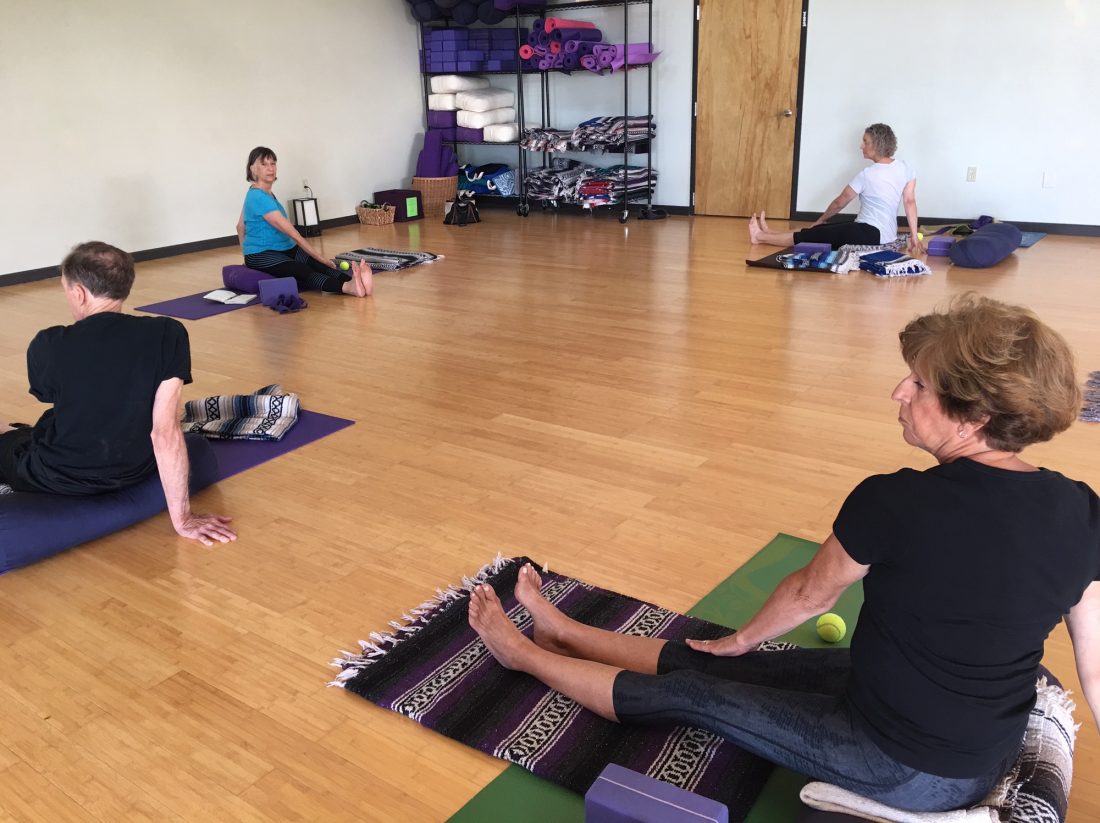 Even her students doing the yoga poses sitting side-saddle still experience benefits, such as improved balance. Her classes end with a relaxing technique called savasana.

“It lets the body integrate what they just did and is a nice transition because this relaxed state allows them to head out to the car and still be relaxed,” Rieger said.

Seniors are welcome to drop in and try a class for $12, at Westside Yoga. Ageless Yoga classes are also taught at The Yoga Center of Lawrence.

Rieger is looking forward to her next session on Oct. 8 at the Senior Resource Center of Douglas County, which is now back in the renovated building at 745 Vermont St. They have been meeting in other locations over the past three years during the restoration to the building.

“We have been Gypsies having classes at the Carnegie Building and the Community Building,” Rieger said.