Farming community can often ‘suffer in silence’; efforts underway to change that 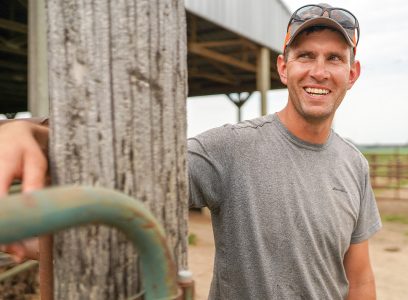 Local farmer Lowell Neitzel took his wife’s suggestion and sought help when he was feeling down and not himself.

When asked what he thought about the idea of talking about the subject of mental health and the agricultural community, Lowell Neitzel didn’t hesitate to respond.

“I’ve been hoping for someone to help out us farmers,” he said.

That’s exactly what Douglas County Commissioner Nancy Thellman has been hoping for as well.

“As a county, we have been working really hard on mental health crisis work and trying to help people get through their rough times, but the farming community is a sector of our community that is suffering,” Thellman said. “And most of the time I think they suffer in silence.” 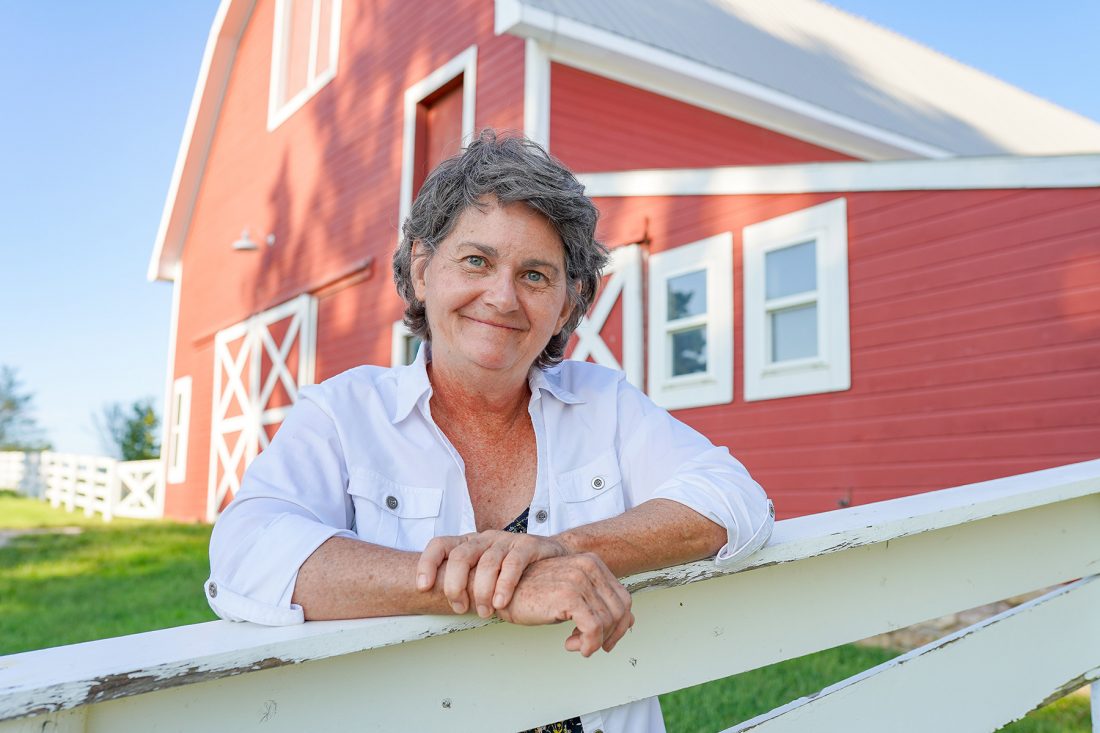 Douglas County Commissioner Nancy Thellman said a conversation with her son, who is a farmer, helped her to realize that more should be done to reach out to the farming community because they tend to be isolated.

Neitzel is part of a family operation that farms in Douglas, Jefferson and Leavenworth counties. He and his wife, Krystale, have Bismarck Farms, which is also made up of Krystale’s brother and his wife, Lyle and Shelly Nunemaker, as well as Krystale’s mom and dad, Debbie and Kent Nunemaker. The Neitzels are also involved in the family farm operation, Nunemaker-Ross, which includes Krystale’s parents and her aunt and uncle, Mary and Pat Ross.

Lowell Neitzel knows from his own experience that suffering in silence can be part of the stigma surrounding mental health.

“The trouble is, as farmers, we’re supposed to be these tough guys who run from daylight to dusk, nonstop, and we can put up with anything,” Neitzel said. “But man, these last couple of years, it’s been a struggle.”

Farming has always been a stressful occupation. The uncertainty of weather, markets, prices – there are many factors that are out of a farmer’s control.

“I think for a lot of us younger farmers, these last few years have really been hit hard,” Neitzel, 38, said. “A lot of us returned to the farm expecting these great things, and we’ve had three really tough years in a row. Not only prices, but weather. Too much rain, not enough, too cold. It’s just one thing after another.”

The stressors can be overwhelming. Major depressive disorder is more likely to occur in people involved in agriculture than in any other occupational group, according to the National Ag Safety Database. The farming community also has one of the higher suicide rates compared to the general public. Factors can include lack of control in policy, weather, prices, regulations, not feeling understood when contacting mental health services, hesitation due to stigma, feeling isolated, and access to lethal equipment, according to the University of Nebraska Institute of Agriculture and Natural Resources. 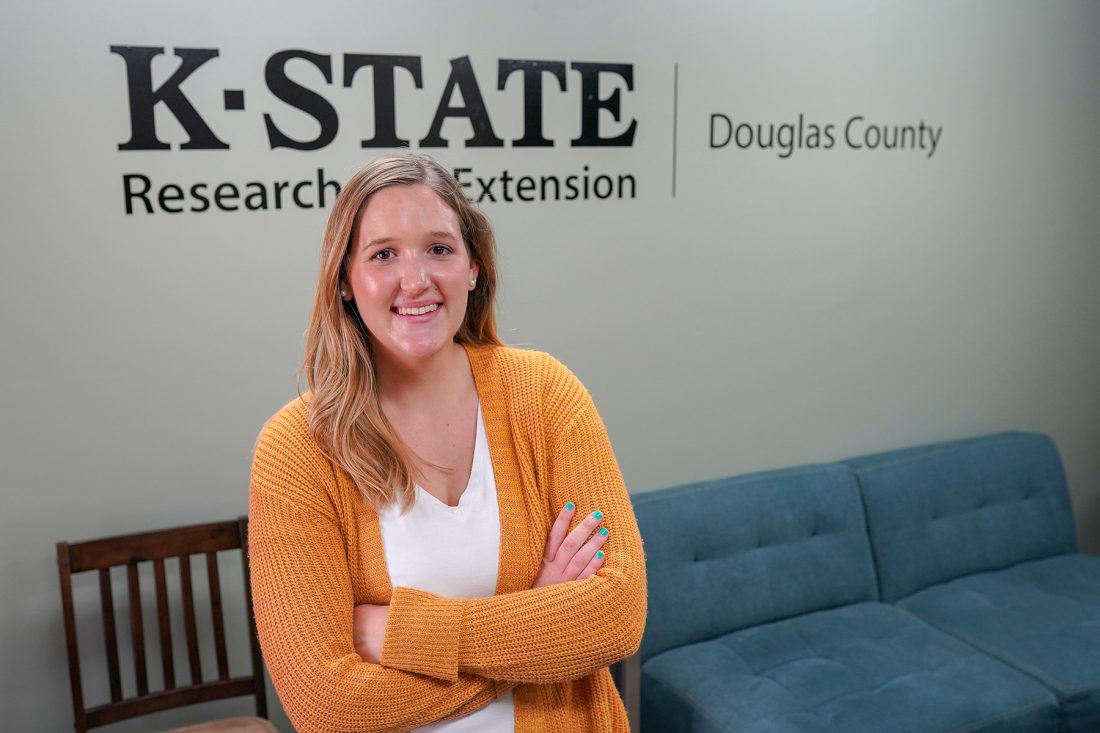 Mallory Meek, agriculture and natural resources agent for K-State Research and Extension in Douglas County, said there can be a perception in the ag community that showing emotion can be a sign of weakness.

“Everyone knows someone within the ag community who has killed themselves or is battling anxiety or depression,” said Mallory Meek, Agriculture and Natural Resources Agent for K-State Research and Extension – Douglas County. “It’s just not talked about, but it’s a huge problem.

“There’s a perception in the ag community that if we show a little bit of emotion it’s a sign of weakness,” Meek said. “But if we can create more of an understanding about mental health and that it’s OK to talk about, we can let people in the ag community know that everyone deals with these kinds of issues and there are resources to help.” 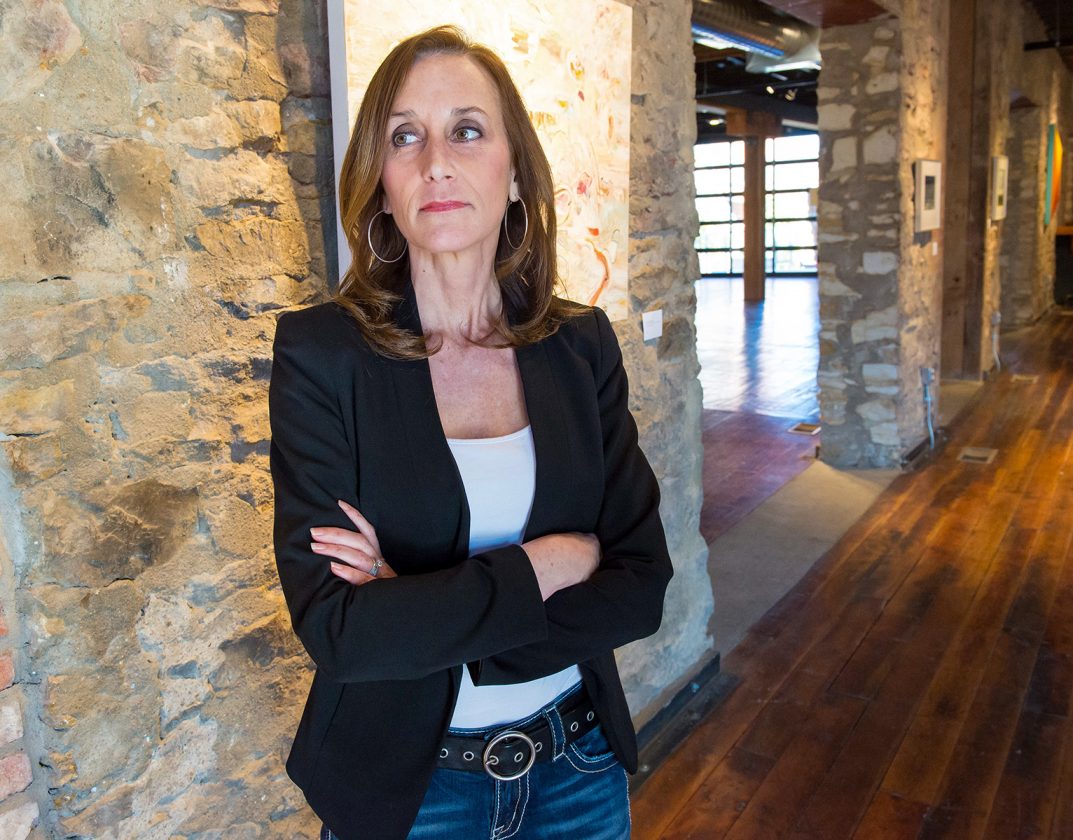 Karrey Britt is chair of the Douglas County Suicide Prevention Coalition. In Douglas County, suicide rates have increased 82 percent during the past 20 years, according to the Centers for Disease Control and Prevention.

“Each of these statistics is alarming,” said Karrey Britt, chair of the Douglas County Suicide Prevention Coalition. “Each of these numbers is a real person in our community with family, friends and neighbors impacted by their suicide experience.”

September is National Suicide Prevention Month and provides an opportunity to talk about the stigma surrounding mental health and highlight the importance of reaching out to people to let them know help is available. 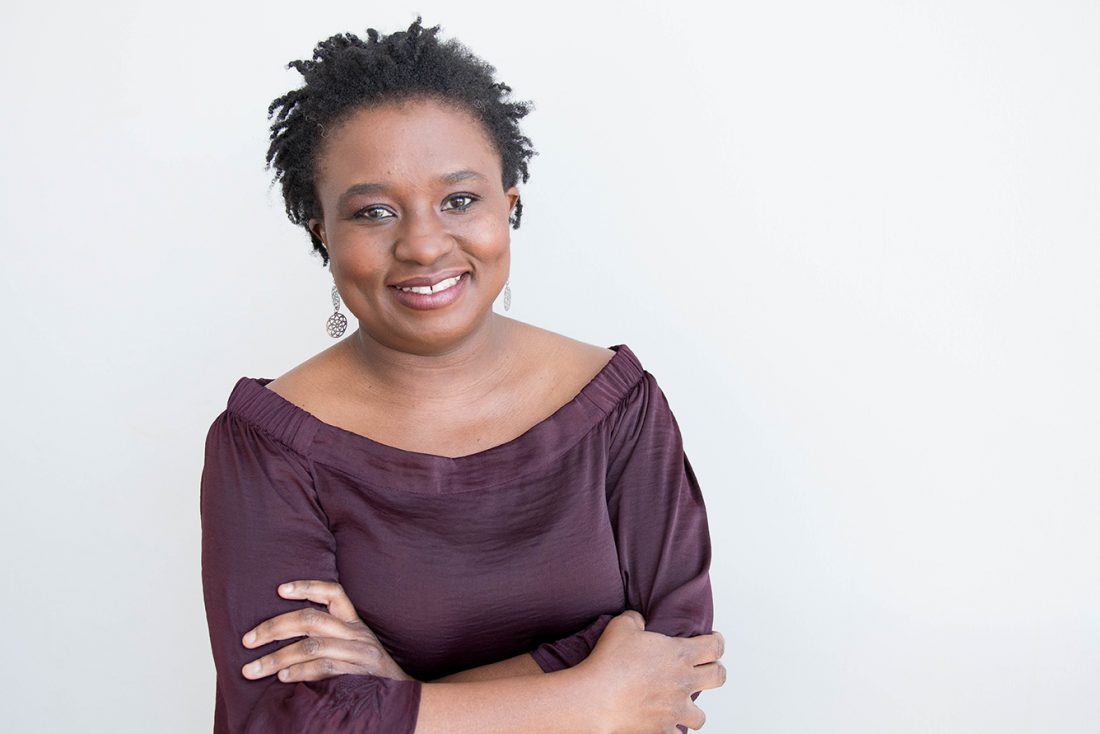 Nicole Rials, director of urgent care programs for the Bert Nash Community Mental Health Center, said it’s important to get people to the right kind of services and help navigate them through a difficult period.

When people keep their feelings and emotions bottled up inside, that’s when it can lead to more serious problems, Rials said.

“When you are in a crisis moment, that can be a scary place,” she said. “That cycle can turn into, well, if I’m no longer alive, things would be better, and they start to feel like dying is better than living. That’s when we would want them to talk to someone right away, whether that means coming to Bert Nash, or calling Headquarters (Counseling Center), going to the emergency room, or calling a friend.”

Bert Nash offers an eight-hour training course called Mental Health First Aid, which, just like CPR training, teaches people with no clinical background how to intervene when someone is experiencing a mental health crisis, such as contemplating suicide. Class dates are available at bertnash.org.

“That’s why we teach Mental Health First Aid, so that the people on the receiving end will be comfortable having someone come to them and say I’m really struggling right now,” Rials said. “Allowing someone that safe space to open up is the beginning of meeting a person’s need. If we can get people more comfortable with talking about their symptoms, and if we can get people more comfortable with receiving that information, that’s how we normalize what really are symptoms that a lot of people can relate to.”

In Lowell Neitzel’s case, his wife, Krystale, prodded him to seek professional help.

“I had been feeling down, just kind of mopey. I could tell something was off. I just didn’t feel like myself,” Neitzel said. “My wife encouraged me to see someone. That was a good push.”

Sometimes, that’s all it takes, is for someone to reach out. Neitzel recently saw comments posted on social media by a farmer friend in southeast Kansas and he became worried. He reached out to his fellow farmer through a private online message, asked if he was OK and said he was there for him if the person ever wanted to talk, and he gave him his number.

County Commissioner Thellman’s son, Scotty, 29, is a first-generation farmer. He operates Juniper Hills Farm in rural Douglas County. A driveway conversation Thellman had this summer with her son prompted her to reach out to folks in the social services community, including Patrick Schmitz, Bert Nash Center CEO, as well as Marlin Bates, Director of K-State Research and Extension in Douglas County.

“My rude awakening was in the middle of the devastating floods this spring and listening to my son talk about how many of his crops were underwater and probably lost and the uncertainty of what the rest of the season would hold and how his farm business would sustain that hit. He said he was getting calls from other farmers and they were struggling, too.” Thellman said. “That driveway conversation made me think… we need to support these farmers and their families, because they are a valuable part of our community and easily overlooked when it comes to their needs. But they tend to struggle in isolation; they don’t go into an office and work with other people. Everyone has their own pressures, but farmers are a unique population. I think people may underestimate how hard a job it is. The pressures are relentless. So we need to reach out to them.”

That’s where Douglas County Extension and other social service and ag groups can help. The extension office has aggregated resources and created a page within its website promoting mental health and mental health services that specifically target the farming community.

“The thing that is exciting to me is we realized there’s a real gap there, certainly in our state but also in our community, and there’s no reason why we can’t fill that gap and maybe become a model for other communities,” Thellman said. “It’s a great opportunity, and I’m really proud of Extension and Bert Nash and all the folks who are working to create some resources and an easy path for folks to find some help if they need it.”