Suicides on the rise locally; Lawrence summit will offer tools to help 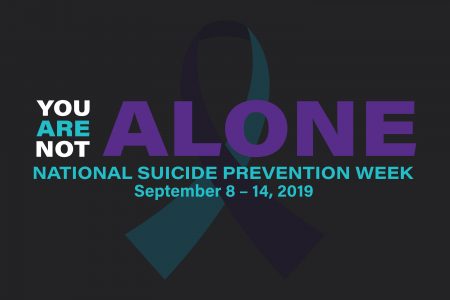 In Douglas County, suicide rates have increased 82% during the past 20 years, according to a statistic from the Centers for Disease Control and Prevention that tells a grim story.

Just in 2017, 17 Douglas County residents died by suicide, affecting the lives of thousands of friends and family members forever.

For those wondering what they can do and those looking for support, the Douglas County Suicide Prevention Coalition will be hosting a half-day summit from 8:30 a.m. to 12:45 p.m. Saturday, Sept. 14 at Lawrence College and Career Center, 2910 Haskell Ave. The event will include keynote speaker Chris Maxwell, communications coordinator of the American Association of Suicidology.

Get help in Lawrence

“Each of these statistics is alarming,” said Karrey Britt, chair of the Douglas County Suicide Prevention Coalition. “Each of these numbers is a real person in our community with family, friends and neighbors impacted by their suicide experience.”

At the summit, breakout sessions will include such topics as substance use/suicide prevention, the police response to mental health issues, an LGBTQIA plus panel and “Protective Factors for Indigenous Populations.”

From 12:15 to 12:45 p.m., a “lived experience” panel discussion will take place. The cost for the summit is $20, and the money goes to the Douglas County Suicide Prevention Coalition for training, outreach and education.

Britt has personal experience with losing a loved one to suicide after her 34-year-old brother ended his own life. Never in a million years did she imagine there could be a suicide in her own family.

“He would have looked like the picture of the guy who had everything,” she said of her brother.

She has learned that one never really knows who might be suffering. Often suicide-loss survivors suffer alone and don’t share their pain because of the potential stigma.

“That’s why the numbers are important. There are that many people going to the emergency room attempting or thinking of suicide, which is why we need conversation,” Britt said. “We need to do more listening and not so much talking.”

It’s also important to give people the tools, which is what this event hopes to do, Britt said.

Anyone can learn from the summit, she said, but she suggested that middle school students or younger attend with an adult. Visit facebook.com/DCSPC to learn more.