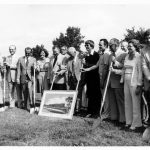 LMH Health leadership and community members break ground for the current hospital building, which was completed in 1977.

1969. It was a year of peace and love, tumult and change. A year of gritty determination and giant leaps for mankind.

In 1969, five leaders came together in support of their community hospital: Dr. Monti Belot and Dr. Ralph Reed were internists; Dr. Phillip Godwin, an anesthesiologist and family physician; Dr. Laurance Price, a pathologist; and Anne “Petey” Cerf, a well-known and generous community member.

These were the five original founders of LMH Endowment Association, now known as LMH Health Foundation. The foundation has provided LMH Health with strong philanthropic support from its very beginning.

“Since its inception in 1969, LMH Health Foundation has played a vital role in ensuring exceptional health care in Lawrence and the surrounding communities,” said Jason Hoover, LMH Health Foundation board president. “Our anniversary year is a time to honor all that donors have made possible in creating this extraordinary institution.” 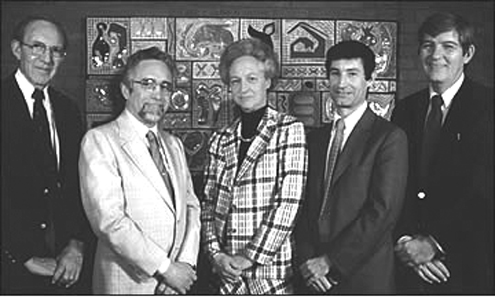 From the first Penny Jones Open Golf Tournament in 1982 to the record transfer of support of $3.5 million dollars to LMH Health in 2018, LMH Health Foundation remains committed to serving the hospital and local residents.

“Our founders created an avenue for our community to invest in its own health and well-being,” Smith said. “This year is an opportunity to celebrate their role as catalysts. We also know that the role of the community hospital is evolving. LMH Health has grown to serve a much larger purpose, asking what it means to be a healthy community and finding new ways to be a true partner in lifelong health.”

In 2018, Lawrence Memorial Hospital became LMH Health — a change meant to recognize the expanding role that the hospital plays in creating a healthy community. LMH Endowment Association followed in 2019 by rebranding to LMH Health Foundation. 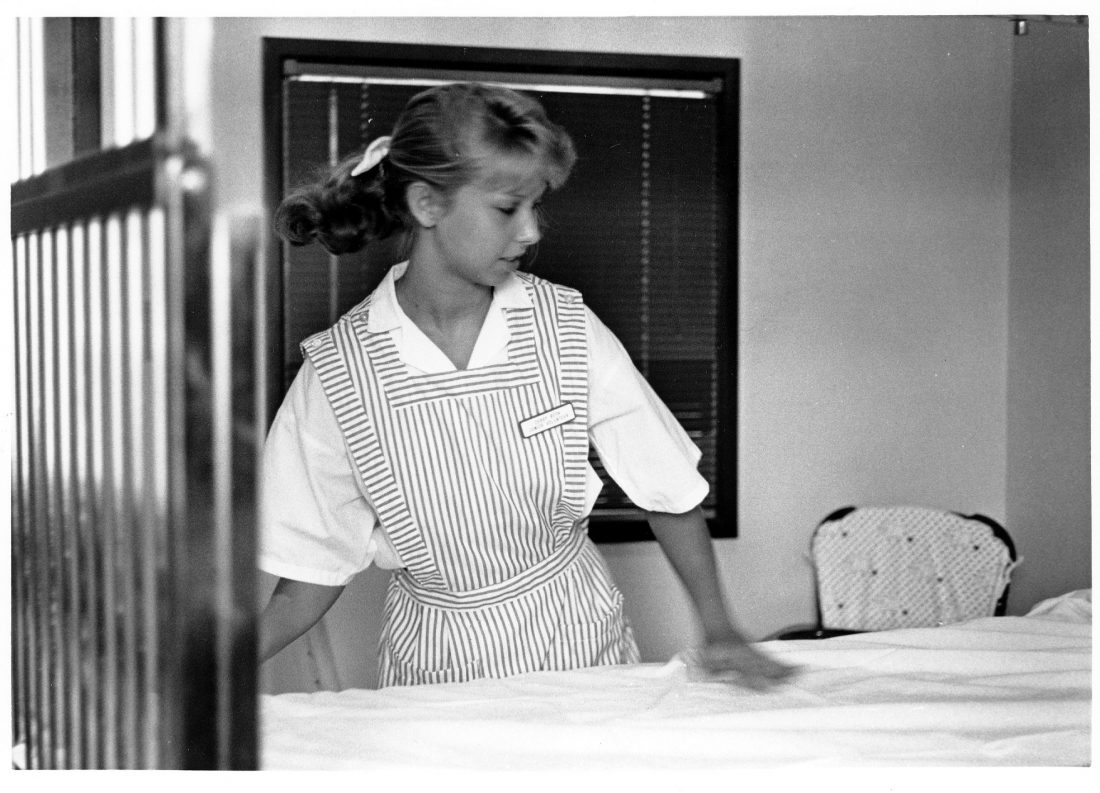 An LMH Health volunteer, known as a candy striper in the 1980s, prepares a hospital bed.

Russ Johnson, LMH Health president and CEO, said, “We now see data such as the discrepancy of eight years in life expectancy in two adjacent zip codes in Lawrence as part of our work in health care equity. It was there before, but now we are expanding our role in the community. LMH Health is moving toward the broader determinants of health into areas like behavioral health, housing and food scarcity.”

Orchard and his wife, Georgia, say they support LMH Health to help purchase equipment and attract quality doctors and nurses.

“We’re lucky to have a top-notch hospital in Lawrence,” Orchard said. “Many people — physicians, community members, and business owners — have invested in LMH Health over the years, and that has made all the difference. It truly is the community’s hospital.” 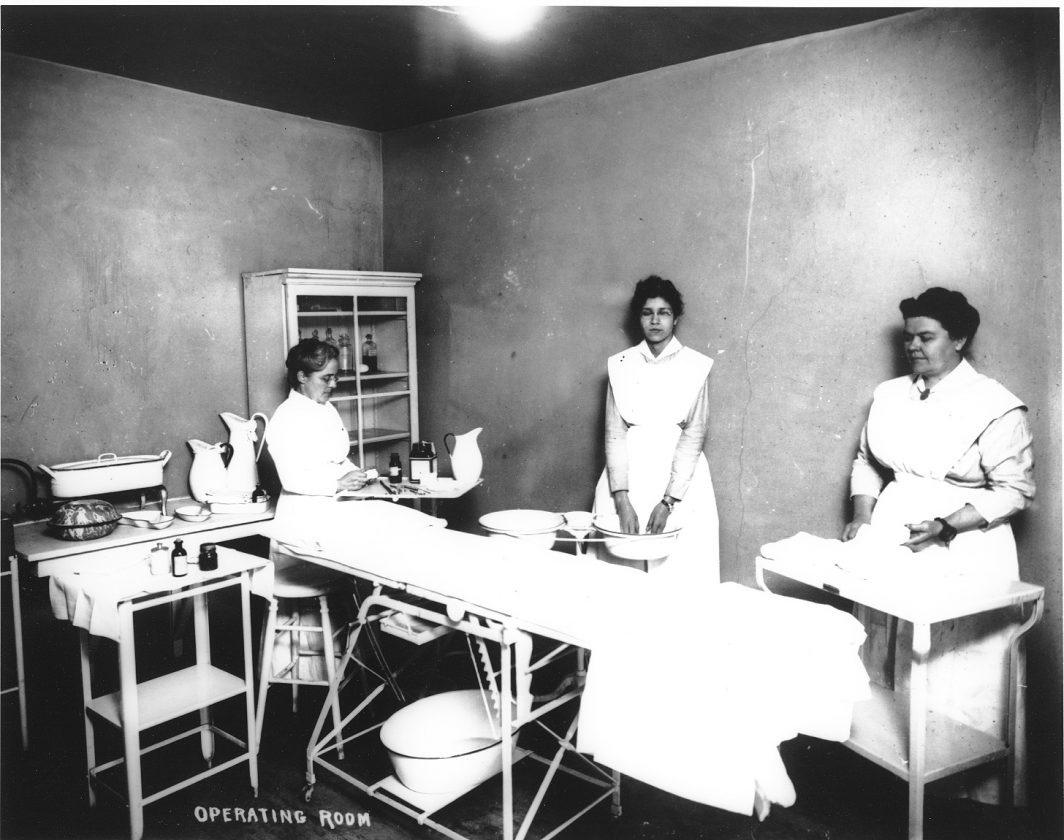 Nurses prepare an operating room in the 1920s.

At its annual meeting in February, LMH Health Foundation kicked off its 50th anniversary by announcing a record amount of support to LMH Health. As part of the continuing celebration, the foundation is planning an anniversary party.

The LMH Health Foundation 50th anniversary celebration will be June 22 at the Forum at KU’s Burge Union. It promises to be a fun, 1969-themed bash, complete with ’60s- and ’70s-era decor and live music. The foundation will honor and thank those who have made LMH Health what it is today. To purchase tickets, contact Amy Addington at 785-505-5005 or Amy.Addington@LMH.org.

“Our 50th anniversary provides an opportunity to honor the past and the evolution of the organization,” Smith said. “Rooted in Elizabeth Watkins’ thoughtful example, LMH Health Foundation celebrates how far we’ve come. To ensure our hospital is the best it can be, we still have a lot of work left to do and we will need our community’s help along the way.” 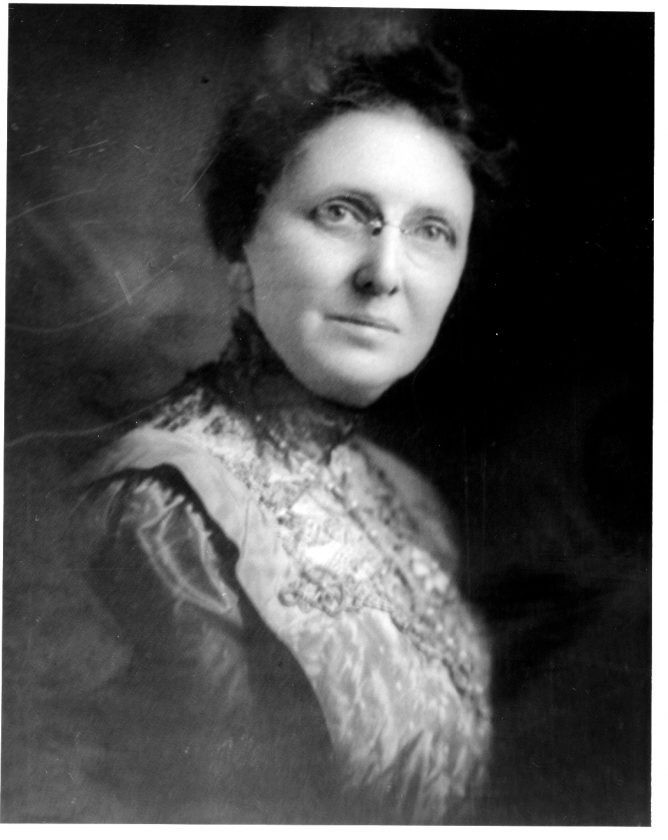 • 1975: LMHEA receives its first two major gifts: the Lawrence Women’s Club gives LMHEA its unused building and property on the northwest corner of 20th and Massachusetts streets, and the Combest family leaves LMHEA half of a 160-acre farm through a bequest.

• 2003: Hearts of Gold Ball raises $440,000 to build the Bob Billings Cardiac Evaluation Center, honoring the popular Lawrence developer and philanthropist who served as an LMHEA Board of Governors president.

• 2011: University of Kansas basketball legend Mario Chalmers cuts the ribbon to open Mario’s Closet at LMH, a specialty shop for cancer patients made possible by a gift from the Mario V. Chalmers Foundation.

• 2017: LMHEA commits $1.2 million toward enhancement of the cardiac catheterization lab. The renovated lab, the first of its kind to be implemented in a community hospital in the United States, opened in spring 2019.

• 2019: LMH Endowment Association formally becomes LMH Health Foundation and announces a record amount of annual support for LMH Health, totaling $3.5 million in 2018. The foundation will celebrate a half-century of community and philanthropic support through a series of events.

— Courtney Bernard is a development coordinator for LMH Health Foundation. LMH Health is a major sponsor of the Lawrence Journal-World’s Health section.