Loneliness can be a major issue for aging population, but it doesn’t have to be 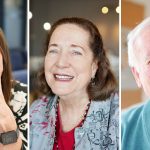 The golden years — those years after retirement when a person is supposed to be enjoying life — aren’t always so golden. In fact, they can be pretty dark.

But they don’t have to stay that way.

Megan Poindexter, executive director of the Senior Resource Center for Douglas County, said many of the elderly population can feel forgotten or ignored.

“They may be widowed or isolated,” Poindexter said. “So often we hang out with the people we work with. But when you retire, who do you hang out with? Loneliness is a major issue for seniors.”

“People age differently,” Poindexter said. “We see people who are 50 who are very frail, and we see people who are 90 who are running marathons. Some seniors work later in life, some out of financial necessity, and others to stay busy. For some who can’t leave their house, the internet can help them stay connected and not feel so alone, but for some seniors they may not have the technical skills to navigate the internet.” 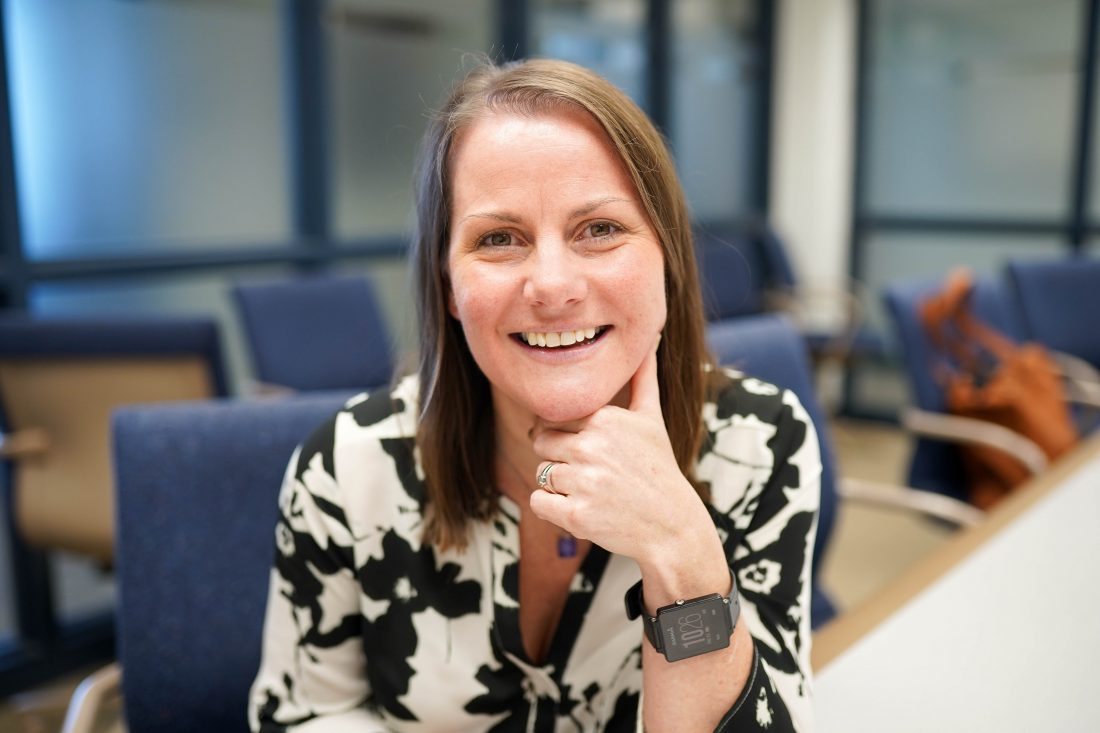 Megan Poindexter, executive director of the Senior Resource Center for Douglas County, said, “As a society, we can’t forget about these people. It’s our responsibility to connect with these individuals and help them.”

Whether homebound or leading an active lifestyle, seniors can face some of the same issues, such as loss of a partner, health concerns, the financial drain of medical expenses or children who live far away.

Before becoming executive director of the Senior Resource Center in January, Poindexter was executive director of Trinity In-Home Care, which provides nonmedical in-home services for many clients who are low-income, which increases their vulnerability. She served in that capacity for six years and regularly encountered people who were lonely.

May is Older Americans Month as well as Mental Health Awareness Month, and the two — aging and mental health — can sometimes be related.

“At Trinity, I really got to see the most vulnerable and the most challenging situations of individuals who didn’t really have anyone else in their life and how those issues impacted their physical and their mental health,” Poindexter said. “As a society, we can’t forget about these people. It’s our responsibility to connect with these individuals and help them.”

Poindexter said the aging population can’t be painted with one broad stroke.

“Sometimes people think they are supposed to stay in their house until they die, but they are lonely or unable to get out on their own. Then there are some folks who, when they move into a facility, are a lot happier, because there’s the social aspect. They share meals with people, they find community,” Poindexter said. “There’s a misnomer that everyone who moves into a facility deteriorates. That is sometimes the case, but I don’t think it’s the same for everyone. The most important thing our society can do right now is allow all of the options to exist.”

Elizabeth Hernandez, a therapist in Adult Services at the Bert Nash Community Mental Health Center, said loneliness is a common issue for the aging clients she works with.

“Absolutely, many of the people who I work with who are older are widows or widowers, so loneliness is a common thing,” Hernandez said. “Loneliness is one of the major issues people deal with as they get older, due to loss of a partner or isolation or health issues.”

Janet Riley lost her husband after only five years of being married. That was nearly 32 years ago.

“I’ve been single longer than I was married,” said the 72-year-old Riley. 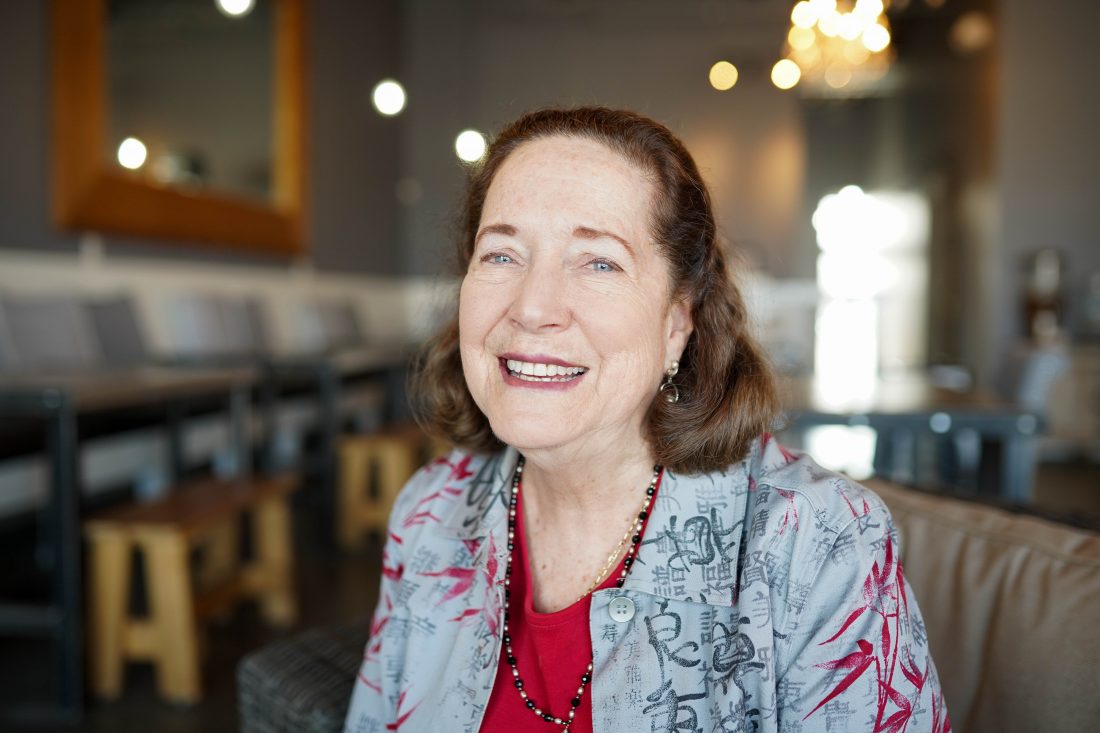 Janet Riley has found that staying active, both socially and physically, has helped her navigate the process of getting older.

Her husband, Gerhard Zuther, was a professor in the English department at the University of Kansas for 29 years and served as chairman for several years. He had a rare form of cancer called multiple myeloma. He was only 57 when he died.

The death of her husband left a huge void. There were many lonely days and nights.

“It was hard,” Riley said. “There were days I cried all the way home from work.”

She has two stepdaughters from her marriage.

“I call them my daughters, because I promised him I would look after them,” said Riley, who also has a 14-year-old grandson with whom she enjoys spending time.

Riley worked at KU for nearly 43 years. She worked first in the housing department, then in Academic Affairs, and finally in the budget office.

The demands of her job actually helped her get through the loss of her husband.

“I really think in many ways having a schedule and a reason to get up in the morning was very helpful,” Riley said.

She also found a support system in her church, Plymouth Congregational, where she has been an active member for more than 43 years.

“That has been a big part of my life,” Riley said.

Experiencing loss is a fact of life for anyone, but particularly for the aging population.

Staying active, both socially and physically, has helped Riley navigate the process of getting older.

“I’m not one of those people who feels isolated,” she said. “I’ve always been a very active and social person. Being social is really important to me. And having friends through so many different avenues, whether it’s through church or serving on different volunteer boards. Those are places to meet people and learn more about the community.”

Riley hasn’t had any desire to get remarried and hasn’t had any serious relationship since her husband died. She does have a male friend she does things with on occasion, like going to the theater or attending community events. She also has many female friends she spends time with, but she doesn’t mind going places alone. No matter where she goes or what event she attends, there are always people she knows.

Riley is grateful for her health, but she works at it. She exercises on a regular basis.

“I’m a big believer in exercise,” she said. “I go to a senior circuit class three days a week at Rock Chalk Park, and then I walk afterward. But when you get to be my age, everybody has health problems. Other than if you have some physical disabilities or mobility issues that keep you from being active, there’s really just no reason not to be active. There are just so many things to do in Lawrence; that’s one of the terrific things about our community. You can do everything here, either as a senior or to raise your children. I feel blessed to be here.”

Rich Givens never considered himself to be a social extrovert; his wife was the outgoing one.

But after his wife died, he found himself getting out of his comfort zone. It was either that or stay home alone. 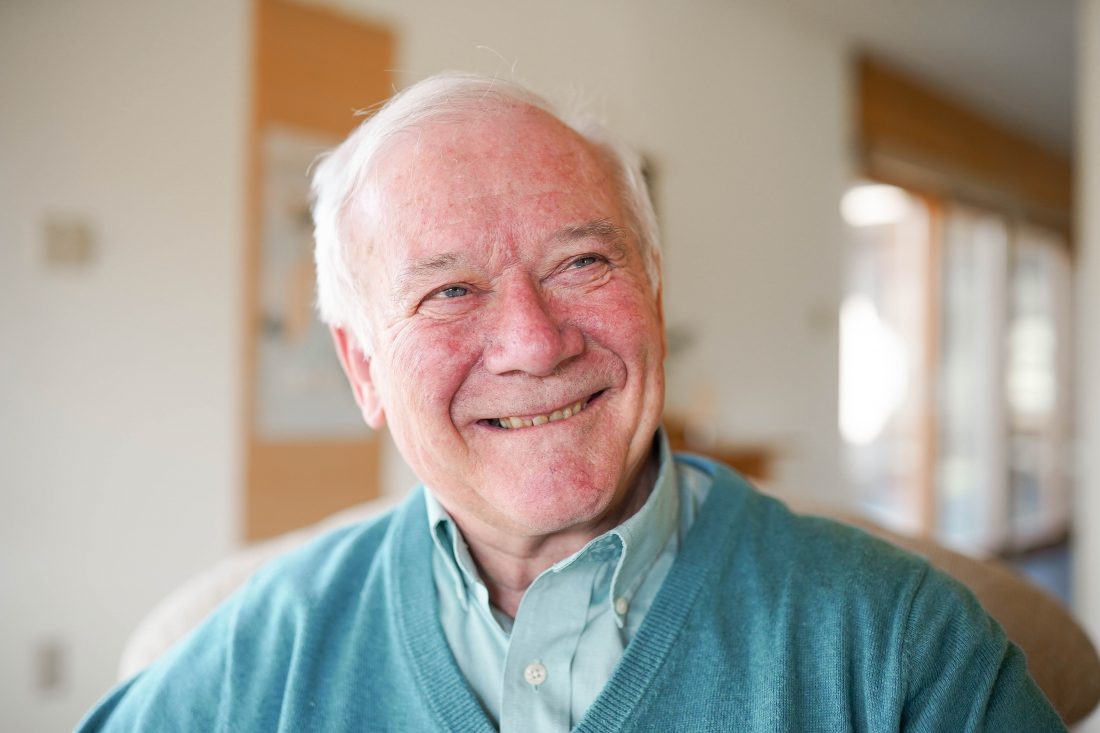 After his wife died, Rich Givens forced himself to become more active socially, even though it was out of his comfort zone at first.

“She was much better about getting out in the community,” Givens said. “My focus was always on the university.”

Givens joined the KU chemistry department in 1967, when he and his wife, Sue, and their infant daughter, Barb, moved to Lawrence. He served as chairman of the department from 1988 to 1995.

After eight years in the Office of the Provost, Givens returned to a research position within the chemistry department in 2002. The same year he and Sue moved into the house where he presently lives.

When Sue died in 2015 — one year shy of the couples’ 50th wedding anniversary — Givens was left alone in the house he had shared with his wife.

“The hardest part was coming home in the evening and the house was empty,” Givens said. “Preparing supper by myself and going to bed alone, that wasn’t fun.”

Givens’ four daughters gave him a lot of support, as did neighbors, his KU chemistry colleagues and his church friends. His oldest daughter, Barb Heeb, lives in Lawrence.

Givens forced himself to become more active. He’s involved in a weekly “old man’s” book club. He’s a member of the Douglas County Democratic Committee and a precinct chair.

“Life has been greatly different since my wife died,” Givens said. “I’ve gotten closer to my children, and they have gotten closer to me. I’ve had to become more outgoing and get out in the community more. I’ve even started doing some cooking. I’m a chemist, I’ll experiment with things in the kitchen.”

Givens could always find refuge in his work.

“I still go into the office every day: I’m still publishing, I’m still teaching,” said Givens, who is 79.

During the course of focusing on staying busy and being more active socially, Givens met someone. They began dating, and on Christmas morning 2018, in front of his family, Givens got engaged. He is getting married on Memorial Day.

“She lost her husband to COPD like 19 years ago,” Givens said of his fiancée, who is 72. “We’ll be starting a new life together. I’m looking forward to not being alone in the house.”