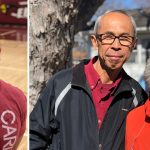 Left to right, Mitchell Tegtmeier, a Eudora Middle School eighth grade physical education and health teacher, and Gene Wee and Dee Boeck, founding members of the nonprofit running club runLawrence, are 2019 Douglas County Health Champions. They will be honored at a celebratory community breakfast from 7:30 to 8:30 a.m. Friday, April 5 at the Community Health Facility, 200 Maine St.

This year’s Douglas County Health Champions, Mitchell Tegtmeier, Dee Boeck and Gene Wee, have all incorporated their passions for fitness into efforts to help local youth begin a path to lifelong health. And LMH Health has contributed in various ways to supporting the Douglas County Community Health Plan.

The Lawrence-Douglas County Health Department will recognize Tegtmeier, Boeck and Wee as 2019 Douglas County Health Champions and LMH Health as the first Healthier Together Leadership awardee during a community breakfast from 7:30 to 8:30 a.m. Friday, April 5, at the Community Health Facility, 200 Maine St. The event is free and open to the public.

“As this year’s Health Champions, Mitchell Tegtmeier, Dee Boeck and Gene Wee have all founded efforts that have touched many lives in our community. And LMH Health has truly modeled the way as a partner in several community health coalitions,” said Dan Partridge, director of the health department.

Tegtmeier, a Eudora Middle School eighth grade physical education and health teacher who has spent a decade with the district, is credited with constantly thinking outside of the box in finding ways to promote lifelong wellness to students and the Eudora community. 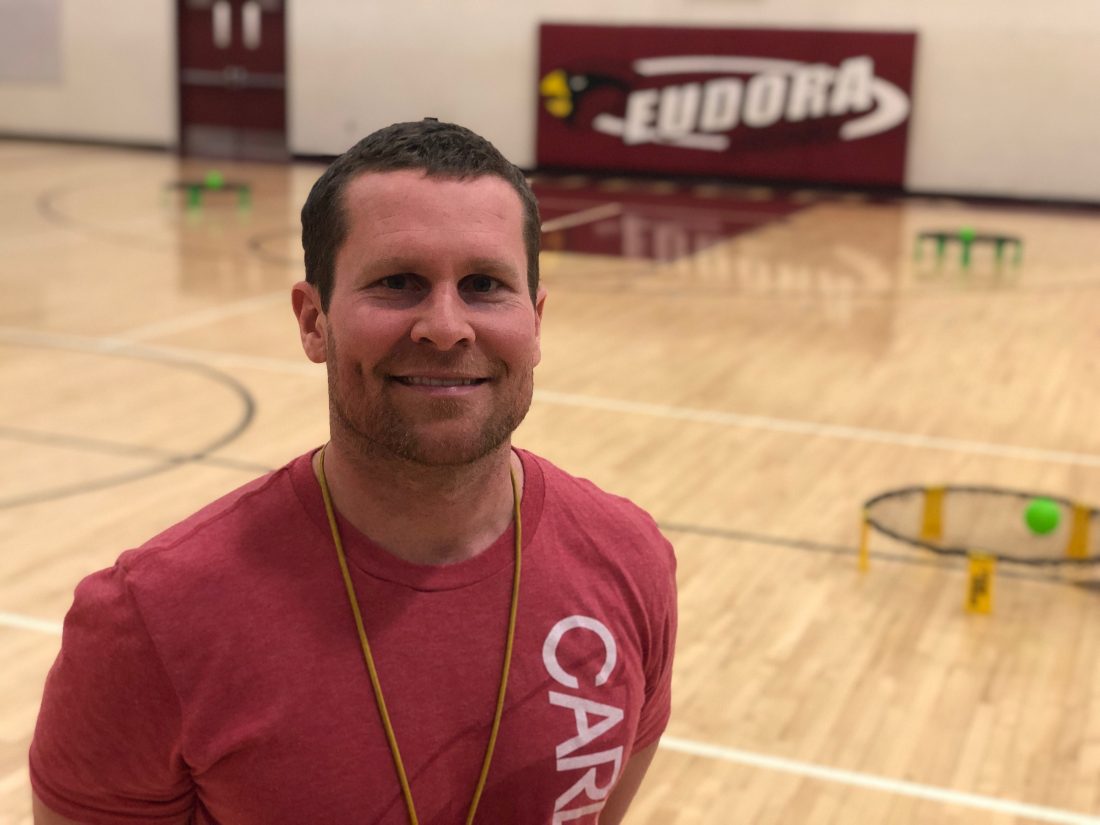 Inside the middle school, his fingerprints are evident. Students grab books from the library and sit down to pedal on stationary bikes as they read. Other students view their heart rates and other fitness statistics as they work out on treadmills and other equipment.

“If you know Mr. Tegtmeier, he is constantly thinking about ways and initiatives,” said Shanda Hurla, executive director of the Eudora Schools Foundation. “Whether it’s physical health or eating and nutrition, he is always considering ways to integrate that, and it’s been huge for our entire community.”

Tegtmeier has advocated through projects and seeking grant funding to help students, staff and neighborhood families gain access to workout equipment and other wellness activities.

A few initiatives he has led in the Eudora community include the middle school’s summer conditioning program that has grown to include more than 100 students daily. He also led the school to create the popular Read and Bike Lab at the school library and was an early advocate for the middle school’s Outdoor Fitness & Learning Center that opened last fall.

Recently, he motivated the district to renovate and open the new Cardinal Cardio workout room complete with heart rate monitors to help students, school staff members and families better benefit from their workouts.

“It’s not necessarily just our job to help our kids get into shape but to help them take some ownership of their own health,” Tegtmeier said.

And he hopes his message has a lasting effect.

“Your health is your greatest wealth, as far as living a healthy, productive life,” Tegtmeier said. “I think it’s important that our minds are not only healthy but our bodies as well. As we enter the workforce, as we become parents, as we become active members of the community, we can contribute by living an active, healthy lifestyle.”

When longtime Lawrence residents — and runners — Dee Boeck and Gene Wee were founding members of the nonprofit running club runLawrence, they were looking to establish a large running event in the city. 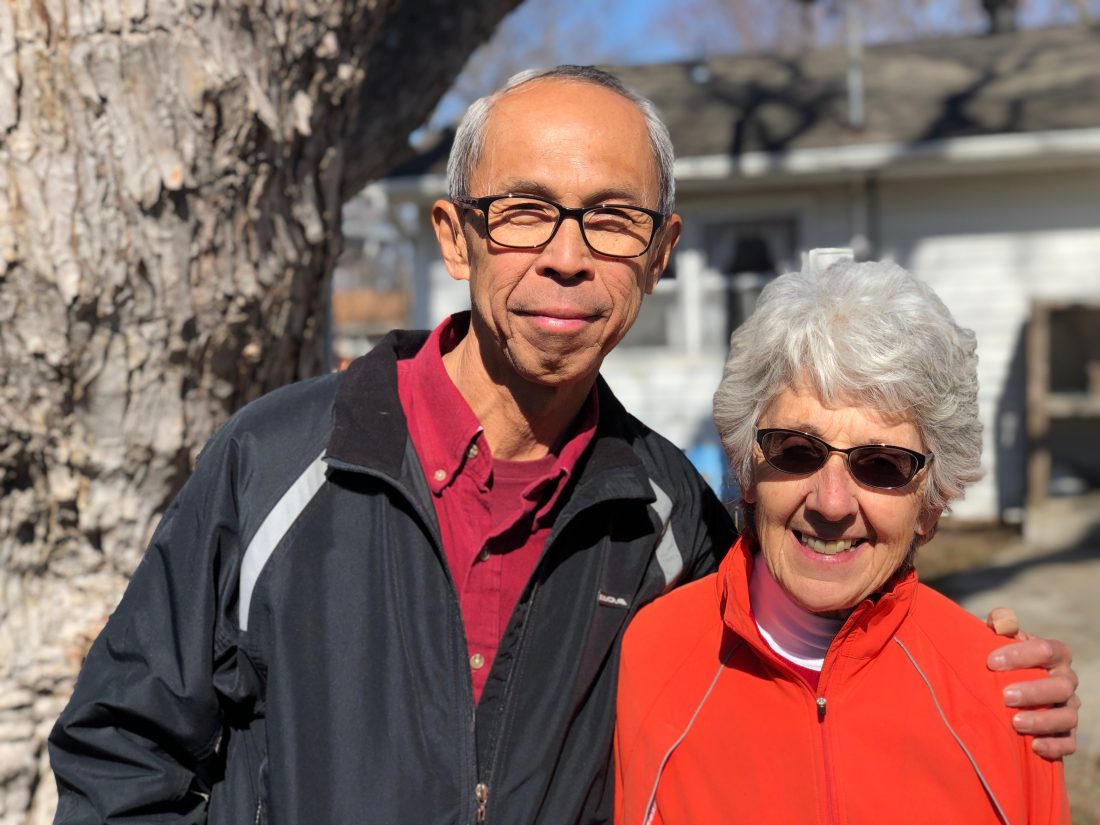 As the group in 2004 started the Thanksgiving Day 5K in North Lawrence, it has evolved into a Lawrence tradition.

“We liked having it in North Lawrence. The streets are quiet. It’s flat. People like a flat course,” Boeck said. “There are no busy roads we had to deal with as far as traffic, and we’ve been there ever since.”

Because the 5K is organized and managed by volunteers, proceeds from the race often ran into the thousands of dollars, so the nonprofit had a good problem on its hands: Finding a way to donate the proceeds back into Douglas County.

Since 2013, the Thanksgiving Day 5K has generated more than $62,000 to support clubs and activities that instill a lifetime love of fitness and health for young people in Douglas County.

“Dee and Gene are health champions because of the long-term impact that they are having by creating a race that allows us to raise enough money for these marathon clubs that are in every single Lawrence public school and other fitness-related clubs we support as well,” said Elizabeth Stewart Burger, also a runLawrence member.

The fund has helped support the popular marathon clubs that have formed at all Lawrence elementary schools as well as two schools in Eudora, the Smart Strength program at Liberty Memorial Central Middle School, the Mini-Mocs Running Group at Haskell Indian Nations University and the Sheppard Shoe fund via Douglas County CASA, which purchases badly needed running shoes for foster care children.

For Boeck and Wee, they enjoy seeing people of any age, including children and parents, enthusiastic about running, whether they are fast competitors or just those seeking to improve their health.

“The wellness of the community is enhanced when you get people enthusiastic to do anything for themselves,” Wee said. “So if we create a run, then people hopefully come back looking for it every year.”

“We’ve heard from so many of the schools that there’s not really any better thing you can do than to keep the youth active in something like running for fitness,” Boeck said, “both mentally and physically.”

LMH Health, formerly Lawrence Memorial Hospital, was founded in 1921, and includes a 174-bed hospital located in Lawrence, as well as a number of primary and specialty care clinics throughout Lawrence and Douglas, Jefferson and Leavenworth counties.

The hospital’s leadership has also successfully recruited new psychiatry providers into the community and worked with system partners to leverage their impact in the community, as well as planning to open a clinic in east Lawrence, which will expand access to an underserved area, he said. 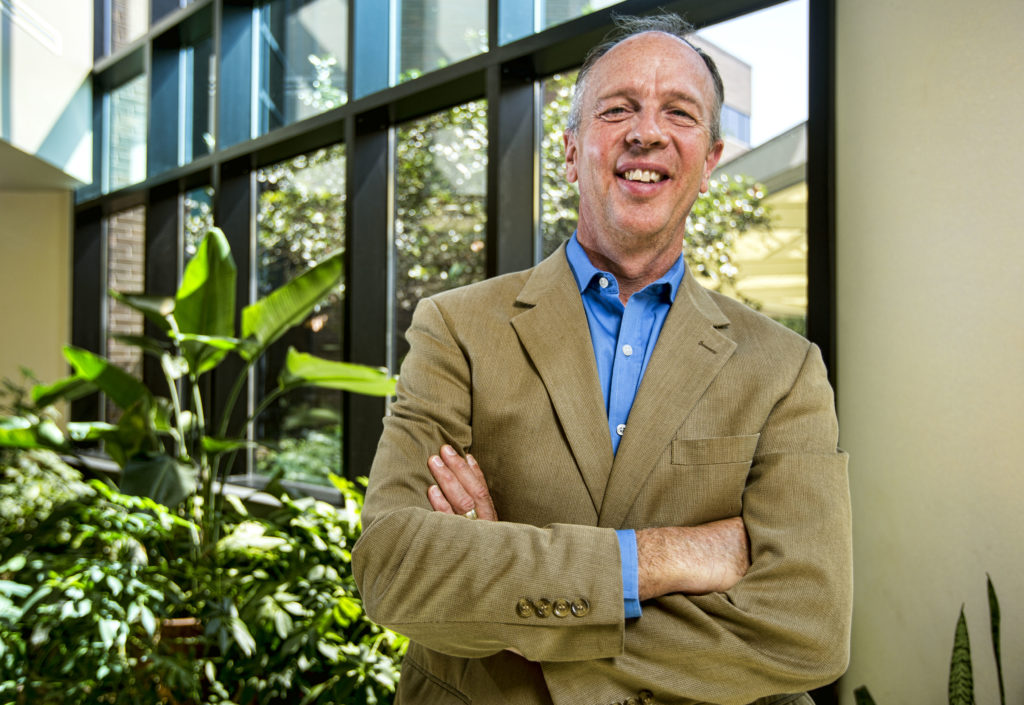 Russ Johnson, LMH Health’s president and CEO, said he was excited about the Healthier Together Leadership award because of how he sees the future LMH Health’s work.

“There are a lot of areas where LMH Health is reaching out to be better partners and to work with people who are already doing good work in the community,” Johnson said. “That really helps us be better at our job, too.”

— George Diepenbrock is the communications officer for the Lawrence-Douglas County Health Department.