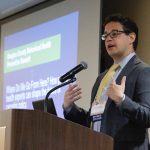 Andrew Freedman, who was the state of Colorado's first director of marijuana coordination, speaks during the Douglas County Behavioral Health Prevention Summit on June 25, 2019.

It’s a good time for public health officials to get in on the ground floor — before the debate really kicks into full gear — on legalization of marijuana in Kansas, a subject expert says.

Andrew Freedman, who was the state of Colorado’s first director of marijuana coordination, gave the keynote speech Tuesday at the Douglas County Behavioral Health Prevention Summit at the DoubleTree by Hilton.

“What I’ve seen across the nation is by the time the debate happens, the public health people in the room already look like the rearguard, and they’re most of the time kept out of the conversation about what legalization should look like,” Freedman said.

“So the more you can do now to begin that conversation, whether it happens or not, about how it should look, or even the impacts of your neighboring states going into it and how you should be dealing with that, I think the more likely it is that you can have a positive impact on the policy debate,” he said.

Freedman, a Harvard Law School alumnus, served as chief of staff to Colorado’s lieutenant governor prior to his position often nicknamed “marijuana czar.” In 2017, he cofounded the consulting firm Freedman & Koski Inc., which works “with government, research institutions, communities and private businesses to get legalization right,” according to its website.

As a substance, Freedman said, marijuana is different from other drugs in two main ways. Firstly, he said, so many people have been upset about federal prohibition. It’s been a populist uprising, and it’s turned systems on their heads.

Secondly, it’s “innocent until proven guilty.” Other drugs go through phases of clinical trials and safety tests to ensure they’re OK for consumption, Freedman explained. He said that’s been frustrating for public health officials who are asking how legalization decisions are being made without similar data.

Yet 33 states and Washington, D.C., now have legalized medical cannabis, he said. The Associated Press reported that Illinois Gov. J.B. Pritzker signed into law Tuesday a bill making that state the 11th — plus Washington, D.C. — to legalize recreational use.

Freedman said that in Colorado, advocates and opponents will look at the same chart and conclude that there was either a decline or a rise in youth use of marijuana after legalization went into effect in January 2014.

With legalization, Freedman said that marijuana-related calls to Rocky Mountain Poison and Drug Center did jump quite a bit — from 127 calls in 2013 to 223 calls in 2014. However, he said the phone number was printed on packaging for edibles, so it was more available.

With edibles, the “budtenders” — as dispensary employees are called — instruct users to take one dose and wait two to three hours. However, the pattern Freedman said officials have observed is that people don’t feel anything after about an hour, so they take more, and then they have a few drinks.

“And then they have, essentially, an acute psychotic break,” Freedman said. He cited the example of Maureen Dowd, who wrote a column for The New York Times in June 2014 about how she “lay curled up in a hallucinatory state for the next eight hours” after eating too much of a pot-laced candy bar.

For comparison’s sake, Freedman shared the numbers of calls to poison control for alcohol: 6,598 in 2015, compared to 230 for pot in the same year. 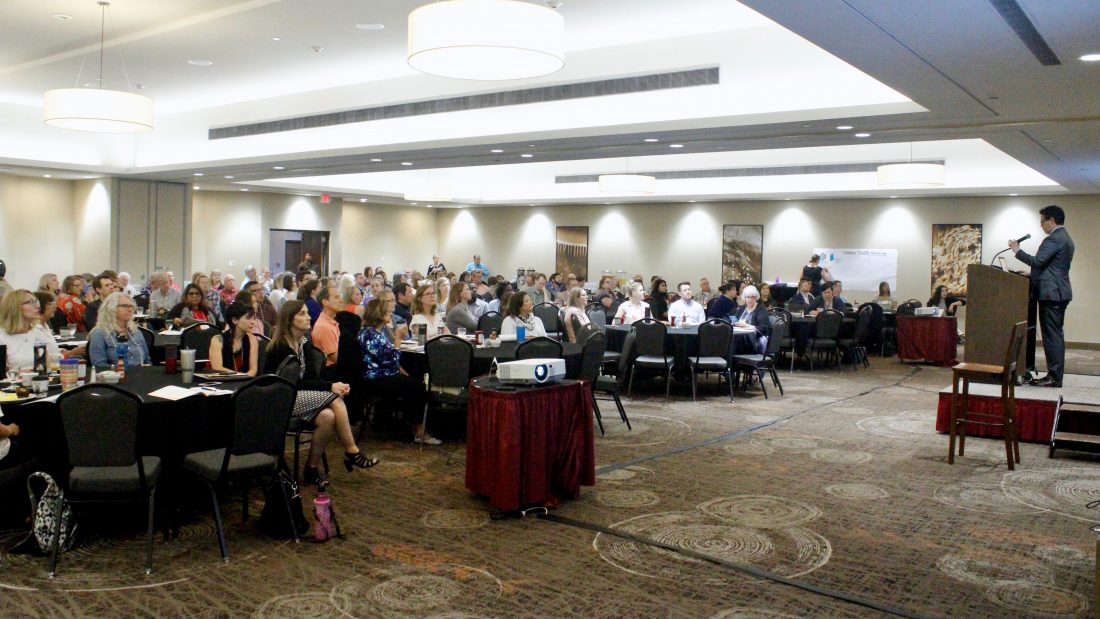 More than 200 people pack the ballroom at the Douglas County Behavioral Health Prevention Summit on June 25, 2019, at the DoubleTree by Hilton. Speaking on the podium is Andrew Freedman, of Freedman & Koski Inc., a consulting firm that focuses on cannabis legalization. Freedman was the state of Colorado’s first director of marijuana coordination.

Revenues: Small in grand scheme, but have potential

Freedman dispelled some other myths in his talk. Among them, he said there’s no proof that alcohol use declines as marijuana use goes up — no “substitution effect.”

He also said that the media widely touts the tax revenues of legalization, but the impact might not be so large in scale. Colorado recently passed the $1 billion mark in total state revenues from pot, Freedman said — but on the scale of the state government, it was a $36 billion budget year when pot revenues brought in approximately $250 million, so it accounted for less than 1% of the total state budget.

However, Freedman said those funds “can go to places that don’t normally get access to statewide dollars.” If public health officials in Kansas had a head start, they might be able to secure those funds for a cause that needs them.

He said one of his favorite causes he’s seen the money go toward is homelessness.

“A little bit of homelessness money goes a long way and can have a huge impact on public health in general,” he said. “… And it’s not robbing Peter to pay Paul.”

Bob Tryanski, Douglas County’s director of behavioral health projects, has long pushed for more housing as part of countywide solutions — a push he reiterated as he gave closing remarks at the end of the day. As the Journal-World has reported, a shortage of affordable housing has long plagued the city of Lawrence, and the problem impacts some underrepresented populations more than others.

More than 220 people attended the second annual summit, this year hosted by DCCCA and Douglas County. Many of them were employees of area agencies that focus on health and behavioral health.

Freedman said that going forward, public health officials should be cognizant of those who are inclined toward substance use disorders, and they should consider what sort of price controls and advertising restrictions they might want to see.

“I know, again, this is not a problem that is rife in Kansas and debated today in the Statehouse, but that doesn’t mean it’s not coming,” he said.