A doctor’s note may protect CBD oil with THC for Kansans, but issue still murky 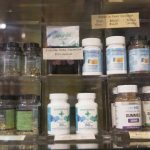 CBD without the THC that gets people high has been legal in Kansas for about a year. CBD oil with significant amounts of THC is still illegal to sell, but a new law offers people with a doctor's note some measure of possible legal protection.

But it’s not full-on legalization, meaning the oil could still result in legal trouble even for people with documents confirming it’s for medical purposes.

CBD oil without THC is already legal in Kansas. CBD is made from the same plant that marijuana comes from, but the plants are bred with relatively small amounts of the psychoactive compounds.

The new law lets patients and their parents in Kansas have CBD oil containing up to 5% THC to treat certain conditions — if they have a physician’s note.

The new statute that took effect July 1 is aimed at helping people treat debilitating conditions such as seizures. Parents of children with those conditions asked lawmakers to approve the change.

Republican Rep. Mark Schreiber took on the issue after meeting a family with two daughters who had microcephaly, a condition where the brain does not develop fully. The parents wanted to use the oil to treat seizures and other complications. The new law is named after their daughters, Claire and Lola. Claire died last year.

“These are families that really love their kids and they see them suffer through these seizures,” Schreiber said in an interview. “They want to be able to try this.”

The legislation doesn’t fully legalize the oil containing THC, nor does it allow any sort of production or distribution of the product in Kansas. The oil would need to be obtained in another state and carry verification that it was tested by a third-party laboratory.

That was partially a political necessity. Schreiber based the strategy on a similar law in Alabama. A proposal to fully legalize the oil with THC could open the debate to broader arguments about marijuana legalization, which might have stoked opposition to the change.

“That would be a big, big debate,” he said. “It kind of circumvented that whole discussion and possible delay.”

Schreiber’s strategy worked. But the way the law is written leaves the door open to legal complications for anyone who possesses the oil containing THC.

The law does offer people an affirmative defense for possession.

So there’s no legal immunity for someone using the oil, even if they have a letter from a physician, but it does give them the foundation for an affirmative defense during trial.

The law leaves wide discretion to police and local prosecutors, who could choose not to pursue charges if someone has the letter.

“Perhaps that person would say ‘OK, we’re not going to file charges on you,'” Roth said. “But none of that’s required by the law.”

The law is clearer on another point. Possessing or using the oil cannot be used as a reason to initiate child removal proceedings or child protective actions.

Still, Republican Rep. Eric Smith, a sheriff’s deputy, said if he pulled someone over with the oil and a letter, they’d go to jail.

“It does nothing for me as a law enforcement officer out on the side of the road,” Smith said during debate over the legislation in May. “I seize it and I arrest you. That letter doesn’t mean anything.”