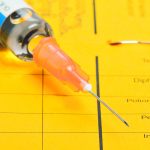 Coffeyville — More than one in 10 kindergartners in Kansas in the 2017-2018 school year lacked at least some of the shots that the state requires to shield students against outbreaks of measles, whooping cough and more.

The state’s most recent annual report pegged the figure at 15%.

On paper, at least, Kansas law requires children to get such vaccines to attend school. Yet school boards get to decide whether to enforce that, and some balk at turning children away.

Kansas health officials surveyed hundreds of schools and found one in five didn’t have any policies on excluding those kids for lack of vaccinations.

Replies from those schools reflected worries about children falling behind on their learning if kept out of classrooms, or about cuts to state funding, which hinges on enrollment.

Enough kindergartners appear to be getting shots against diseases such as polio, tetanus and hepatitis B to hit federal targets — and make all kids safer by lowering the chances of an outbreak — but Kansas lagged on shots for measles and chicken pox.

Statewide, 90% of the 2017-2018 kindergarten class had received measles shots. For herd immunity, Kansas puts the goal at a minimum of 95%.

Douglas County didn’t manage to hit that goal. Only 91% of the county’s kindergartners have had their measles shots.

Beyond just cutting the overall risk of outbreaks, herd immunity shields those in society most susceptible to serious illness. That includes people who can’t get immunized because they’re too young or have compromised immune systems.

Most of the state’s undervaccinated kindergartners do not have religious or medical exemptions. Combined, those two groups made up just 2% of kindergartners. Kansas schools can’t deny entry to that 2% except when necessary during active outbreaks.

They can deny entry to the much larger group of children who have neither the required vaccines nor the legal exemptions to them.

Coffeyville Public Schools, seated in a county that hit the state’s herd immunity target, aims to get vaccines to every child whose parents are willing. Children who arrive with gaps in their vaccine history get put on catch-up schedules to get them up to speed at a safe pace.

“I want the children to be protected from those diseases that used to devastate the pediatric community,” said Stephanie Ackley, a registered nurse at Coffeyville’s Community Elementary School, which, with around 1,000 students, is the largest elementary school in the state.

Ackley said 90% of her school’s students were either on track with required shots this past school year or were working their way through a catch-up schedule.

“And that’s with a lot of people coming in that have never had vaccinations,” she said.

Ackley works at one of three health clinics at the district’s schools, operated by the Community Health Center of Southeast Kansas.

The organizations teamed up several years ago, and families quickly turned to the new, convenient locations for primary care. Immunization rates shot up in a district where school officials and nurses recall them as abysmal before. By way of example, about a third of third graders met the requirements for immunizations before the clinics opened, compared to nearly all of them today.

“If you have kids who aren’t getting shots, what do you do?” said Jason Wesco, the community health center’s executive vice president. “You go where the kids are.”

It frustrates him that more health care providers don’t take the same tack.

“It’s self-evident,” he said, “but we have a health care system that’s more interested in expensive tests and specialty care.”

Desirae Judd’s 4-year-old son Emmett gets his vaccines at the Coffeyville school clinics.

“It makes it really accessible,” Judd said. “When Emmett was born, we had a pediatrician that we loved … He moved away.”