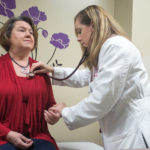 During the past 10 years, Becky Schulte has learned a few things.

She knows not to ignore symptoms of heart attack. She knows to call 911 immediately. And she now knows firsthand that heart problems can surface suddenly, with no warning.

Becky vividly remembers that Saturday morning in June 2009. She and her husband, Dan, were putting away groceries in the kitchen of their rural Lawrence home.

“I started to feel kind of strange, a little lightheaded and numb,” Becky remembers.

She went to lie down.

“As I was lying there, the numbness got worse and spread up my arm into my other arm and through my chest and kind of started moving up my neck and jaw,” she said.

She told Dan something definitely was wrong. They drove to LMH Health.

“They whipped right into action, got me into a wheelchair and got me to the back,” Becky said. “They told me I was having a heart attack. I was shocked.”

She’d had no indication anything was wrong.

Becky was taken by ambulance to St. Luke’s Hospital in Kansas City, Mo. After four days, Becky was back at home. She saw her primary care physician and visited a cardiologist at Cardiovascular Specialists of Lawrence. She also began exercising at LMH Health Cardiovascular Rehabilitation.

“The staff there are great and are very interested in everything that’s going on,” she said. “They are monitoring you the whole time that you’re working out and they start you out very slowly and you build up, so it was very reassuring. It was all new to me, and I was hesitant to start exercising right away, but it was very reassuring.”

Two years later — again, it was a Saturday — Becky was in bed, reading. It was early morning. Dan came into the bedroom, and they started chatting about the University of Kansas men’s basketball game the night before. It was NCAA tournament time, so basketball was a hot topic.

“All of the sudden, I started having that same feeling again. That strangeness, lightheadedness, the tingling, the numbness,” Becky said.

The couple remembered that two years ago they’d been advised to always call 911, rather than trying to drive to the hospital themselves. So Dan made the call.

At LMH, Becky was taken into the heart catheterization lab, rather than being transferred to Kansas City.

“That was much better for my family and friends, and I’d had good experiences at LMH,” she said.

After dismissal, she returned to cardiac rehab. Her physicians adjusted her medications, and continued to emphasize eating well and exercising.

Six years later, she had a third episode. The symptoms by now were familiar. This time, Becky was in her office at Kenneth Spencer Research Library on the KU campus, where she has been university archivist for 16 years. She admits she actually toyed with the idea of driving herself to LMH Health. But she knew better, so she asked a co-worker to call 911. As a result, Becky arrived at the hospital much more quickly than she had during the previous two incidents.

“Once I got to the cath lab, the doctor was able to see the artery open, allowing the blood to flow again,” she remembers.

Dr. Joey Ghose told her she had experienced a coronary vasospasm in which blood flow to her heart is restricted — and, which Becky already knew, can cause chest pain and even a heart attack.

“I’m an interesting case, I guess,” said Becky, who turned 65 in December. “They’ve never been able to determine what causes the vasospasms, so I just go along hoping I don’t have another one. There aren’t a lot of documented cases of this happening.”

Although that can be frustrating, she’s encouraged that she knows what to do if she has symptoms and that she has access to excellent care at LMH Health.

“Every experience I’ve had at LMH has been good,” Becky said. “I really like the people who work here. The nurses are great. The doctors are great.”

Because of her experiences, she is talking with her two daughters about heart health — and she doesn’t hesitate to give advice to other women.

“Be aware of what the symptoms of heart attack are, and be aware of your body,” she said.

“If it’s a strange pain that you’ve never experienced before that’s worrying you, go ahead and go to the hospital. It’s worth it, because you never know what it can be. Now that I’ve had it three times and I know what it feels like, I won’t hesitate again.” 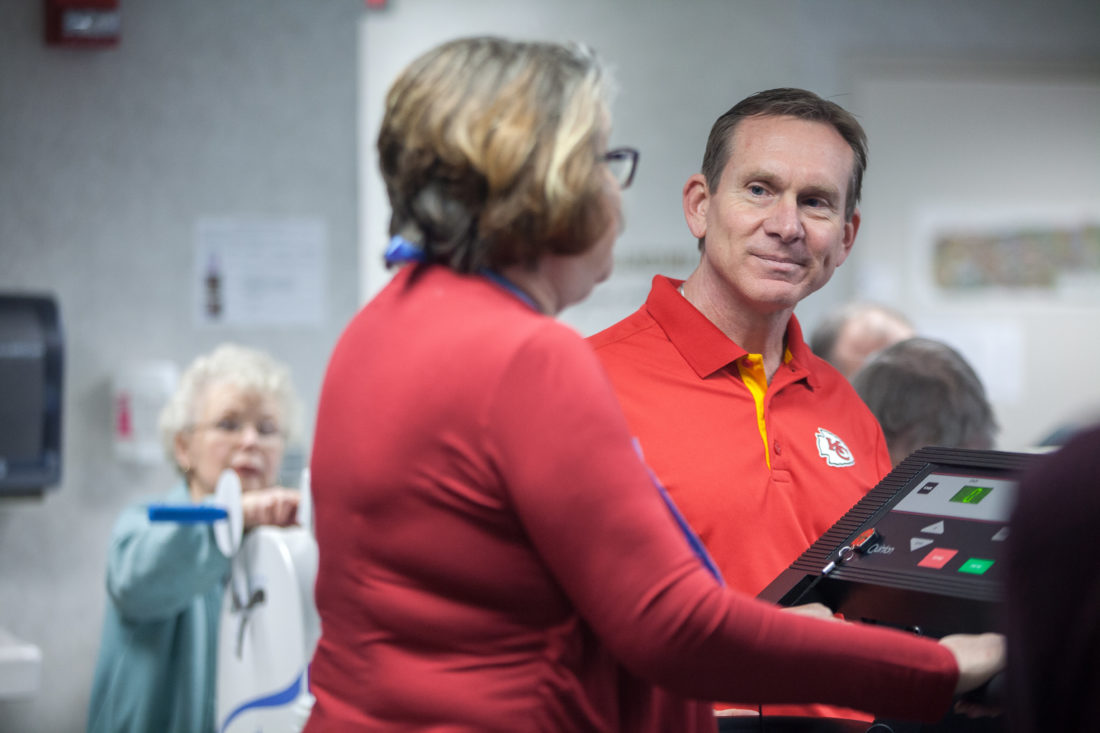 Mike Walters, exercise physiologist in the Cardiac Rehabilitation Department at LMH Health, checks in with Becky Schulte as she works out.

According to the American Heart Association, heart disease is the No. 1 killer of women. It’s important to recognize these symptoms of heart attack in women:

• Uncomfortable pressure, squeezing, fullness or pain in the center of your chest that lasts more than a few minutes, or goes away and returns.

• Pain or discomfort in one or both arms, your back, neck, jaw or stomach.

• Shortness of breath, with or without chest discomfort.

• Other signs such as breaking out in a cold sweat, nausea or lightheadedness.

• As with men, the most common heart attack symptom in women is chest pain or discomfort. But it’s important to note that women are more likely to experience the other common symptoms, particularly shortness of breath, nausea/vomiting and back or jaw pain.

If you have any of these symptoms:

• Try to stay as calm as possible and take deep, slow breaths while you wait for emergency responders.

• Do not drive yourself or have someone drive you to the hospital unless you have no other choice.

Steps you can take to prevent heart disease:

A report by the Centers for Disease Control and Prevention found that about 80 percent of deaths from coronary artery disease — a name for heart disease caused by narrowing of the arteries, which leads to reduced blood flow to the heart — can be attributed to preventable factors such as obesity, poor physical activity, heavy drinking, eating unhealthy foods and not keeping your blood pressure and cholesterol under control.

• Go Red for Women, which encourages women to be aware of heart disease, is having its annual luncheon Feb. 8 in Lawrence.

— Caroline Trowbridge is marketing communications manager for LMH Health, your partner for lifelong health and a major sponsor of the Lawrence Journal-World’s Health section. She can be reached at caroline.trowbridge@lmh.org. 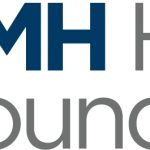