Healthy Outlook: Look for more education and county news in the Health section 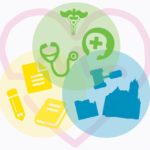 Fortunately, there’s a lot of overlap in the education, county and health beats.

In a somewhat unusual edition of Healthy Outlook, I wanted to give you a heads up about some changes for both the Journal-World as a whole and for the Health section.

This past week, I started covering K-12 education and Douglas County government for the newspaper. I’ll still cover health, too, and fortunately, there’s a lot of overlap in these beats.

I can recognize that perhaps all the people who are interested in the schools and the county may not be so interested in what’s on the Health page, and vice versa for health nut followers of this column. But I’m hoping to dive deep into some coverage that will blur the lines and interest all of those audiences.

I am beyond excited for this opportunity, and I’ve only scratched the surface of what’s to come — but here’s an early glance at my plans.

These are some of the many topics that will likely hit the Health pages in the near future:

• Behavioral health initiatives. Various Douglas County community partners have come to the table to brainstorm, plan and implement new programs and facilities over the past several years. Those of you who have kept up with Journal-World reporter Elvyn Jones’ coverage are familiar with a lot of those concepts.

The county expects to start construction on a housing component of its behavioral health campus this year, the Journal-World has reported. The campus will also include a crisis center — that’s a bit further down the line, but there’s going to be plenty to report in the meantime.

This is also a key topic for the schools, at both the local and state levels.

The Kansas Legislature will likely decide this session whether to extend a one-year pilot Mental Health Intervention Program that has paired nine school districts across the state with corresponding community mental health centers. It’s an effort to provide treatment and track the behavioral health needs of some students.

I’ll keep an eye on that and see if it might come to Lawrence if it is extended, but there’s a lot of work already underway here, and I hope to learn more about all of it. The WRAP (Working to Recognize Alternative Possibilities) program, for instance, places Bert Nash Community Mental Health Center workers in schools to provide students counseling, support, mediation, skills and more.

• Later high school start times. The Lawrence school district has been looking into changing the high school schedules to start and end their days later, and discussions on that topic will continue in the near future. (Very near, actually — it’s on the school board’s agenda for its Monday meeting.)

What exactly are the potential health benefits for students? Is a slightly later schedule better suited to youngsters’ circadian rhythms? I’d like to take a closer look at the research, and maybe talk to some other districts that have implemented later start times to find out what they’ve seen.

• Growing kids. Well, they’re all growing, but the middle schoolers are growing fresh produce in on-site gardens, as are some of the elementary schoolers. Also, as part of its Farm 2 School program, the school district uses a lot of locally grown produce in its cafeterias. Elementary school kids also get to take field trips out to farms and see the stuff growing, so they actually know where their food comes from.

On another note, the schools offer kids a lot of opportunities to get physically active. I’ve had a project on the back burner for some time looking at childhood nutrition education, and that’s one I’m hoping to make good progress on this year.

Again, I’m only scratching the surface here, but I’m excited to look at these topics — and much more — from an angle slightly different from what the Journal-World has in the past.