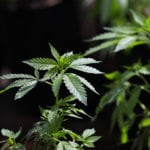 St. Louis — Missouri won’t have enough demand for medical marijuana to support the number of businesses the state is required to license by next year, according to a new study.

Three University of Missouri researchers recently told state officials that Missouri will need fewer than half of the 60 commercial growers that must be licensed by January, the St. Louis Post-Dispatch reported.

At most, 29 cultivators could grow enough marijuana for what researchers estimate could be 26,000 qualified patients by 2022, according to the report commissioned by state medical marijuana regulators.

The researchers’ findings extend beyond cultivators, showing the state could scale back licenses across the board.

Missouri voters approved a constitutional amendment in November legalizing marijuana use for patients with cancer, Parkinson’s disease and other serious conditions, as well as for veterans with post-traumatic stress disorder.

The state is already planning to license at least 192 dispensaries, 86 manufacturing facilities and two testing facilities, in addition to the 60 cultivators. By the end of last month, Missouri had made more than $3 million in application fees from businesses wanting to grow or sell the plant or infused products.

The Missouri Department of Health and Senior Services, which requested the study, declined to comment on the findings.

The university researchers used data from 19 states that have legalized medical marijuana to make their projections, but industry groups questioned the report’s findings.

Jack Cardetti, a spokesman with the Missouri Medical Cannabis Trade Association, said the study’s estimate for the number of patients by 2020 is a “ridiculously low number not based anywhere in reality.”

He said the study relies on old data from state medical marijuana programs that vary widely.

Attorney Dan Viets, who helped draft the state’s medical marijuana law, said he agreed with the study’s findings that Missouri could meet demand with fewer cultivators. But he said the amendment was written to allow for more competition to drive down prices.

“There is no such thing as an oversupply,” Viets said. “Prices should be allowed to fall to what the market determines. That is what is in the best interests of patients.”