Healthy Outlook: How I’m dragging myself back into a fitness routine 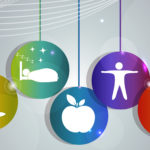 An object at rest stays at rest. I think the first law of motion applies to people, too.

Lately, my mind’s attempts to push my body to exercise have been met with a resounding “ugh,” or at times, “meh.” I’ve stopped even trying to muster mental excuses: “I’m not working out today because I’m not.” It’s clearly a bad attitude, and it’s a tough mindset to break.

I know my body feels run-down and exhausted, and nothing is functioning as well as it can and should. I know I want to get back into a healthy fitness routine. But once you fall out of your regimen, it’s really, really hard to get back into it.

It feels like you’re starting back at the very beginning. You forget a lot of things, big and small — good habits you’ve developed, bad ones you’ve broken and much more.

However, a recent study has played a role to reinvigorate my zest for fitness and activity.

The study, published in the journal JAMA Network Open on Oct. 19, looks retrospectively at data from more than 122,000 patients. To put it simply, the study used exercise treadmill training (so the data is objective and more reliable than self-reported exercise) and quantified cardiorespiratory fitness (CRF) to get a look at mortality rates over time.

The study found that the better people’s CRF, the lower their risk of death — no shocker — and that there was “no upper limit of benefit of increased aerobic fitness.”

In a CNN article, however, senior author of the study Dr. Wael Jaber put it in perspective, noting that the results were surprising and pronounced. He said that being unfit has a worse prognosis than high blood pressure, diabetes or smoking, and it “should be treated almost as a disease” — the prescription for which is exercise.

It makes sense to me because I’ve experienced the profound changes that exercise can cause. Going from a full-on couch potato to a health nut, and lately falling back into something in between the two extremes, I know what exercise does for me personally. Basically, it makes every aspect of my life better, and the inverse is just as striking.

I’m taking this cue to slip on my sneakers and get back in motion — and if that Isaac Newton fellow is right, I’ll stay that way. Here are some of the tricks I’m using on myself that may be of use to you, too.

Ask someone to help you stay accountable.

In a move I regret slightly even prior to publishing this column, I am vowing to hold myself accountable to anyone who reads this. Although I’m not going to set my Fitbit and MyFitnessPal privacy defaults to “public” or anything that wild, I will share progress updates on demand and accept the public shaming if I have to deliver a bad report.

If you find a friend to help you stick with your workout routine as you help them stay on track with theirs, it benefits you both.

You know what, body? We’re working out today, whether you want to or not.

It’s worth a shot to let your mind rebel and take over. You know you need to just get up and move, so do a quick mental countdown and then blast off the couch without looking back.

Let your brain take hold of the strings that will lift your limbs; use the power of your mind as an outside force to act on the “object at rest.”

Don’t be above bribery.

I’ve long wanted to test and write about Under Armour’s line of Tom Brady-inspired “athlete recovery sleepwear.” The brand says the clothes help the body sleep better and recover faster. I’ve read a few positive reviews, but the price tag is beyond ludicrous: One long-sleeved top and a pair of pants cost $165.

I can’t justify spending that much money on PJs, or any clothing … or anything. But perhaps it could be a reward for working out consistently. I might try to save up to buy myself one pair of fancy pants for $65 once I’ve consistently logged at least three long, intense workouts per week for a full month. By then, my body could fully appreciate the recovery feature.

Even if the prize changes by the time I reach that goal — and it probably will — I know I’ll push myself harder if I’m working toward a reward. What would drive you?

One important side note: Ideally, the reward should be healthy. Don’t fulfill a month of a good habit just so you can eat a whole cheesecake.

Anything coming up in the near future could serve as motivation; e.g., the holidays are right around the corner. Aim to show up to Thanksgiving feeling fantastic; that way, when you cringe at political commentary around the dinner table, you can pass it off as a smile.

I’m late for my physical this year, so of course my deadline is coming up at the worst possible time. Now I have a goal of not being in the worst shape of my life … in less than two weeks. (I swear, Doc, this is an anomaly.)

There’s not much time left, but I have experienced how regular exercise can make you feel significantly better even within the first week. Hopefully, my doctor will be able to glimpse my healthy postworkout glow and write me a clean bill of health.

Give slacker habits the boot.

Starting today, I’m in a self-supervised boot camp. I’ve been psyching myself up for it, and this week, I’m setting strict rules that I’ll abide at least until after my physical:

• My exercise will be consistent and responsible. I will push myself, but not too hard, and I will listen to my body so I know when I need to rest.

• I will meet my water goal of drinking at least 70 ounces per day, and during boot camp, I’ll drink nothing but water.

• I will eat food that’s fresh and healthy as often as possible. I will limit snacks and especially late-night munching.

• Straight to bed at bedtime — no exceptions, no mercy. I will go to bed and get out of bed at a consistent time each day. (Simply “waking up” doesn’t count if I spend half an hour lying there catching up on morning emails, news and kitten videos.)

Creating your own mini boot camp can be helpful because it’s finite. If you can stick to your rules and power through a couple of challenging weeks, you’ll be better prepared to keep pushing forward once it’s done.