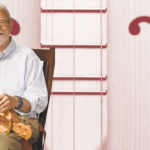 A recently certified local practitioner has the healing power of music down to a science.

Longtime Lawrence resident P. Allen Macfarlane, 71, was a research scientist for the Kansas Geological Survey for 34 years. After retiring from that position, he taught middle school science at Topeka Collegiate School. He’s now going back to work in quite a different field, but for him, it’s a natural transition.

Macfarlane has played the dulcimer since 1980, and he performed across the Midwest in the ’80s and ’90s. He gave that up while he was teaching, though — so his next career move was “a good opportunity that I couldn’t pass up,” he said.

He enrolled in the nonprofit Music for Healing and Transition Program (MHTP) last May, and in September, Macfarlane completed roughly 16 months of work to graduate as a certified music practitioner.

“For me, it’s been kind of a way of giving back and sharing music — and in a very useful way, I think, that helps patients recover from illnesses,” he said. “It also helps during other kinds of transitions, including the actively dying.”

This work differs from music therapy, in which music therapists will generally assess clients’ needs and provide treatment such as creating, singing, moving to or listening to music in order to modify their lives.

Macfarlane’s goal as a CMP is to use his live, therapeutic music to create a healing environment for “the ill, the dying, and those who care for them,” according to the certification program — he plays as the patient listens. But there’s much more to it than just playing songs.

A bit about the dulcimer

A lifelong fascination with folk music coupled with some years stationed in Norfolk, Va., during his naval service led Macfarlane to first pick up the dulcimer, which he’s now played for almost 40 years.

The folksy fretted, metal-stringed instrument is a lot more common in the Appalachian region, and for those who aren’t familiar, Macfarlane said the closest comparison to the dulcimer’s sound would probably be a small guitar or a tenor guitar.

He’s also a bit of a history buff, and he can tell you about the dulcimer’s roots in America and how it evolved into the instrument he plays in his lap today.

MHTP taught Macfarlane how to modify his playing according to patients’ individual needs. He works with different patients every day, and they all have different needs, he said.

“There are different ways of using music to help soothe and to help try to make their lives in the hospital a little bit easier,” he said.

The inspiration to seek certification comes in large part from his own backstory: when his father fell ill, Macfarlane played the dulcimer for him.

“That seemed to help quite a bit during his last days,” Macfarlane said.

According to MHTP, research has shown that live music can help reduce blood pressure and muscular tension, relieve anxiety and stress, boost the immune system and endorphin levels, improve coordination, lower the need for pain relievers, accelerate healing from surgery and more.

In his training program, Macfarlane completed 80 hours of classroom instruction (which included weekends away for lessons in Chicago and Denver), read and wrote reports on several books, recorded repertoire appropriate for a variety of conditions and completed a final exam.

However, he said the real training came on the job. Over the summer, he completed a practicum working with the palliative care team at Stormont Vail Hospital in Topeka — the final step in his certification. There, he got to put into practice the techniques and styles he’s learned.

MHTP taught Macfarlane how to play simply, as to not overwhelm patients whose minds and energy are largely focused on healing, and to modify the melodies he knows to suit the situation or the patient’s condition.

For cardiac patients, the CMPs are taught to “meet, match and move.” When Macfarlane enters the room, he’s trained to pick up on the patient’s body rhythms, oftentimes by looking at monitors of vital signs or observing breathing. He matches his music to the tempo of the patient’s heart, then gradually slows it down to try to reduce the heart rate along with it, through a process called entrainment.

CMPs also learn specific techniques to help those with anxiety or chronic pain, and those recovering from surgery.

Another technique he’s used in volunteering at a memory care facility is to play songs that residents may recall from the past. He said it can help them focus as they try to recall the next notes, and it can take them back to the memories they have attached to those melodies.

One of Macfarlane’s favorite songs to play for patients is “Somewhere Over the Rainbow.”

“It’s a song that really expresses a lot of hope, and for some of these patients, that’s something that they really need,” he said. A second favorite is “Home on the Range” — it’s another that people can identify with, and he said he thinks it is in a similar vein of hope.

Sometimes there’s improvisation involved, which was a challenge for him in the beginning. In other cases, Macfarlane’s job is actually to avoid melody, or anything recognizable.

For those who are actively dying, Macfarlane may play something resembling musical gibberish to provide an acoustically safe environment.

“A part of the dying process, of course, involves letting go, and not playing melodies that they might recognize prevents their sort of hanging on because they want to listen to the melody,” Macfarlane said. “The idea is to help them ease through the transition.”

Macfarlane has played for caregivers, hospice patients and more, sometimes even extending beyond the walls of health care facilities. He worked with one family for a while as the mother was sick in the hospital.

“She was so taken with the playing that I did that she wanted me to play for her funeral,” he said. “It actually goes beyond just the hospital. It can go lots of different ways.”

Macfarlane is now looking to establish himself as a private practitioner in town. Unfortunately, most insurance plans don’t offer benefits for the services of a music practitioner, but he is available to help individuals. He also said hospitals may fund therapeutic music from their foundations, special funds or grant sources, and some alternative health-related businesses may also seek the services of therapeutic musicians.

According to MHTP’s website, mhtp.org, Macfarlane is the only certified practitioner in Lawrence, and one of three in the state of Kansas. For more information, he can be reached at 785-865-6887 or via email at macfarlanepa162@gmail.com. 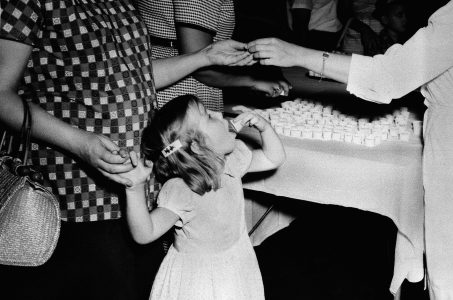 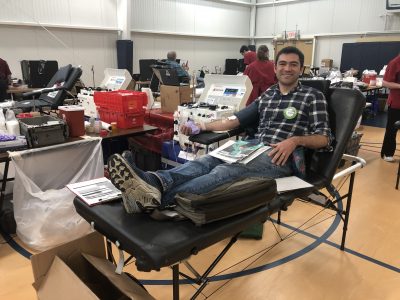