Healthy Outlook: Put your iPhone to work to help you sleep better 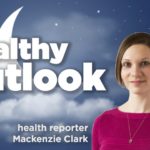 Now that winter is officially upon us, I’m ready to hibernate for a bit. Hopefully I can offer some iPhone tips here to help you do the same.

It’s not always as easy to sleep healthfully as some people might think. For those who spend an hour or more tossing and turning every night, a good night’s sleep can feel like a distant dream.

Now that winter is officially upon us, I’m ready to hibernate for a bit. Hopefully I can offer some tips here to help you do the same.

Folks like me who spend an hour combing through all the settings after the release of each major iPhone update (with our phones consequently plugged in to charge, of course) may be aware of some or all of these tricks, but I know that plenty of people who could benefit from them are completely unaware they exist.

I’ve done a bit of research to see how these features work on Android, but I don’t have a device of my own for testing. So my focus here is on iPhones, but I’ll incorporate what I can for Android users.

Turn out the blue lights — the party’s over.

Our devices catch a lot of flak for their role in keeping us awake. Although it’s true that sometimes it can be difficult to put them down and give our weary eyes a break, there are ways to — literally and figuratively — tone down their impact.

According to sleep experts, the blue light emitted by phones, computers, TVs and any other screens in your arsenal is one of the biggest culprits in our sleep deficiencies. An article from Harvard Medical School, “Blue light has a dark side,” details how blue light at night can suppress our bodies’ secretion of melatonin, the hormone that helps regulate our sleep.

So Apple’s iPhones, and some of its computers, have a feature called Night Shift. It allows users to lessen the blue of the screens’ light, warming up the tone to an orangey hue. It’s fairly easy to program your phone so Night Shift turns on every night to your preferred temperature — from Settings, tap Display & Brightness, then Night Shift.

The jury is still out on how effective Night Shift actually is. A January 2018 study by the Lighting Research Center (LRC) at Rensselaer Polytechnic Institute showed that the warmest Night Shift setting resulted in a 12 percent melatonin suppression — but that’s an improvement compared with the 23 percent suppression that the study cites from regular, non-Night Shift settings. In my opinion, the warmer glow is, at the very least, a lot less harsh on the eyes.

I had no luck in my search for a quick and easy built-in fix for Android devices, but an article from androidauthority.com lists some apps that do something similar — among them Night Mode, Twilight and Dimly.

Of course, the best option is to avoid screens altogether in the hours preceding bedtime, but I’m a newspaper journalist, not a fiction writer.

Bedtime isn’t just for the kiddos.

In the real world, even the best intentions can get lost in the e-pages of an e-book, trapped hanging on the edge of a Netflix binge cliff, stuck on a Skyrim loading screen or sucked into an endless hunt for that legendary alligator in RDR2. So it might help to have your device remind you when the time has come.

Apple’s built-in Clock app has a Bedtime feature. Tell it when you need to wake up and how much sleep you want to get, and it will remind you when it’s bedtime, or when it’s getting close to bedtime, from 15 minutes to one hour prior. Bedtime can also automatically control the Do Not Disturb setting so that notifications are silenced (with the exceptions of your choosing for family, emergencies, etc.), and you don’t have to remember to turn them back on in the morning.

If you don’t want anyone telling you when to go to bed, you can still control Do Not Disturb through Settings.

Android’s Google Assistant doesn’t seem to want to tell you when to go to bed, but when you tell it that it’s bedtime, it can adjust a number of settings and ask you when to wake you up. If you want a bedtime reminder, you might just have to set a reminder like any other or download another app.

If you still can’t put it down …

One of the most recent iOS updates added Screen Time, which allows users to set a downtime window on their iPhones.

You can choose apps to always allow — you know, in case you don’t want any hesitation when you need to check your bank balance at 2 a.m. — but with the others, you’ll have to make the active decision to override the downtime limit when your phone reminds you. It’s an easy override, but it does force you to stop and think about it, at least for a moment.

There are various options, but you can set limits based on individual apps or by app categories.

There’s an even fancier app for that.

Consider looking into Sleep Cycle — Android users, this includes you, too. Sleep Cycle is first and foremost an alarm clock, but it’s a really, really smart one. There is a free version and a paid version.

You place your phone next to your bed, and it uses your phone’s microphone to detect your movements. Doing so, it can measure how deeply you’re sleeping — and then it can gently wake you up at just the right time in your sleep cycle, so you don’t throw your phone across the room.

You tell it an end time when you absolutely need to wake up, and then set a “wake up phase,” or a window between 10 and 90 minutes long, in which it can wake you at a smart time. (It recommends a 30-minute wake-up phase.) It also has an “intelligent” snooze feature, which automatically adjusts each snooze to wake you gently. It can also play various sounds to help you fall asleep.

I can’t tell you how scientifically accurate the app’s microphone-derived movement measurements are, but I can vouch for my own experience, and I have found its information — and its smart alarm clock feature — to be very beneficial.

The app’s sleep-tracking capabilities mean you can input certain factors, and over time you can see how they affect your sleep. So, according to the app, my sleep quality increases 9 percent on average when I drink cherry juice around bedtime (it’s a natural source of melatonin). My sleep quality is also 2 percent worse when I drink soda and, somewhat ironically, on nights when I drink sleepytime tea.

In case it’s still not geeky enough for you, the app also will connect to Philips Hue lightbulbs, so you can wake up to a lovely daylight glow. It also tracks your snoring, if you choose, and how your sleep quality is affected by location, weather, air pressure and the phase of the moon. (Mine peaks at a waxing crescent.) It will report to Apple Health, and you can export your sleep data if needed.

You can try out the free version, and the premium version is a $30-per-year subscription. I spring for that because I’m a big sleep nerd, but the smart alarm clock is included in the free version. Sleep Cycle is available in the App Store and Google Play. There are several other similar apps that I’ve tested a bit, but I didn’t find any of them to be quite as comprehensive as Sleep Cycle.

Sleep Cycle also has a few cousins. One of those is Power Nap, which lets you sleep for up to your choice of 20, 45 or 120 minutes, waking you up either before you fall into deep sleep or after you’ve slept one full cycle. Another, Life Cycle, tracks how much time you spend in various locations; paired with Sleep Cycle, it can tell you, for instance, that your sleep improves significantly on days when you have a dentist appointment. (That seems weird, right?)

Its website, sleepcycle.com, shows statistics from the past week. However, the app begins tracking them the day you start using it, so my stats are from Nov. 6, 2015, until Saturday, Dec. 22. Also, bear in mind that Sleep Cycle users are probably not a great representation of a country’s general population.

The lowest-quality sleep is in Saudi Arabia, at 61 percent; the Netherlands boasts the highest, at 78 percent. The U.S. average is 73 percent. Quality seems to be correlated with the amount of time in bed: Saudi Arabians spend the shortest amount of time in bed at just under six hours; folks in the Netherlands are in bed an average of seven hours and 33 minutes. The U.S. average is seven hours and 12 minutes.

Folks in Malaysia snore the least, at an average of six minutes; Luxembourgers top the charts at 26 minutes. The U.S. average is 11 minutes.