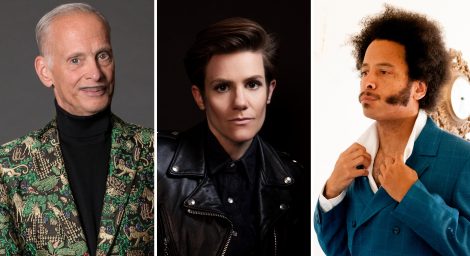 After a year’s hiatus, Lawrence’s Free State Festival will return this summer for a week of speakers, performances, film and art headlined by director John Waters, comedian Cameron Esposito and musician and filmmaker Boots Riley.

The Lawrence Arts Center, which last held the annual arts and ideas showcase in 2018, has scheduled this year’s event for June 22 through June 28, organizers announced Thursday in a news release.

In addition to appearances by the three headliners, the festival will “shine a special spotlight on female representation on the big screen” in conjunction with the national “50/50 by 2020” movement, organizers said. The festival will also include an art exhibition judged by Mark Mothersbaugh of the band Devo and inspired by the drag queen Divine, who starred in several movies written and directed by Waters.

Specific events have not yet been announced — film and art submissions are currently open — but in the past the festival has included a variety of film screenings, book readings, Q&A sessions, outdoor concerts and more.

More information about headliners and links to submit films and art can be found at the festival’s website, freestatefestival.org.