Comic Cody Lindenberger performs stand-up at a Kaw Valley Comedy Night in the fall of 2019.

Kaw Valley Comedy Night producer Cody Lindenberger says attendees will have to find out for themselves why he calls one of the comics at the event a “human tornado.”

“If you saw his stand-up, you’d understand,” Lindenberger said of Kansas City-based comic Colby Cusick, who will be one of four comics performing Sunday night at Kaw Valley Public House. “He’s a very energetic, enthusiastic comic.”

Lindenberger himself will be performing on Sunday, too, as will Lawrence-based comic Max Heering and Kansas City comic Kaitlin Rounds. Sunday will be the fifth installment of the monthly show, which Lindenberger said will take place on the third Sunday of each month from here on out.

Lindenberger, 38, said the other comics this Sunday happen to be younger than him, but that is not always the case. Next month’s Kaw Valley Comedy Night will be including a comic who is in his 70s.

“We try to cater to all kinds of audiences,” Lindenberger said.

Kaw Valley Comedy Night runs from 8 to 10 p.m. Sunday at Kaw Valley Public House, 444 Locust St. Admission is $5, and attendees must be over 21. 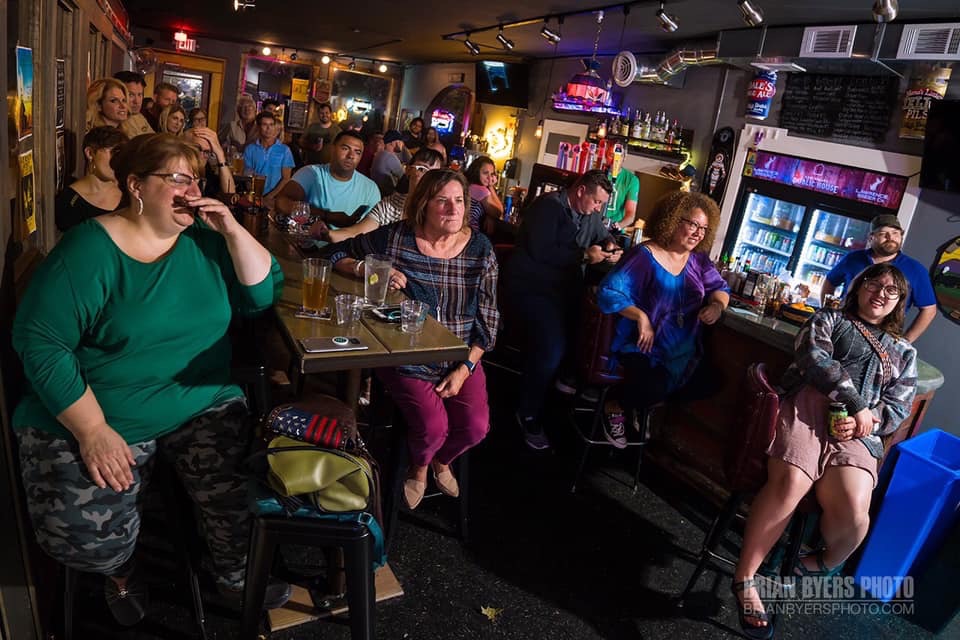 Attendees watch a stand-up comic performance at a Kaw Valley Comedy Night in the fall of 2019.

A Sunday chili cook-off that starts at noon will end “when the chili’s gone,” the owner of Gaslight Gardens said about the time frame of the beer garden’s annual event.

Sunday will be the sixth annual Gaslight Chili Cook-off, owner Mike Humphrey said. It is free to enter and open to all ages. Participants must bring their chili to the event in a slow cooker or electric warmer. There were about 20 entries last year, Humphrey said. 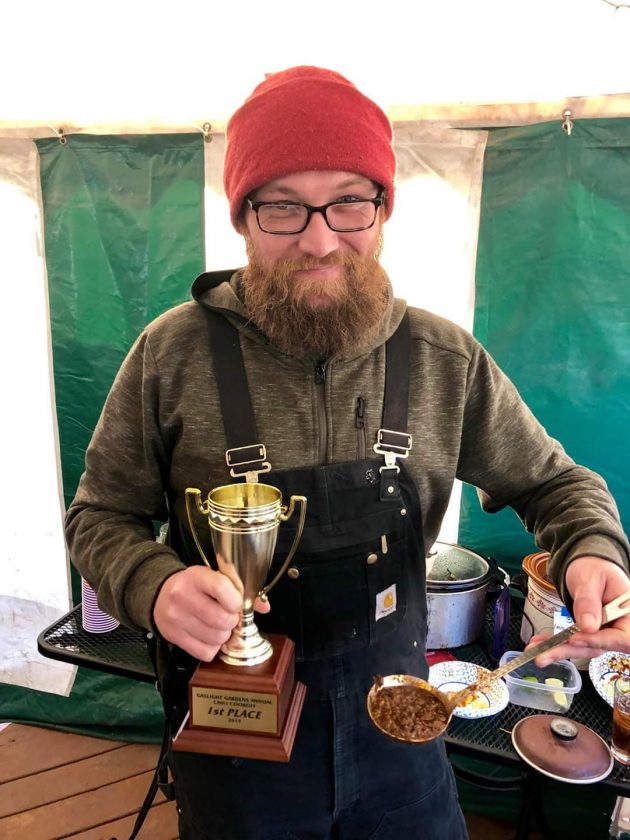 Matt Cosgrove was the winner of the 2019 Gaslight Gardens Annual Chili Cook-Off.

Chefs from local restaurants will taste the entries, and the winner will receive a trophy. Sunday’s judges will be Ken Baker of Lawrence Beer Company, Lee Meisel of Leeway Franks and Sean Jolly of The Roost.

But you don’t have to bring chili to participate in the event. Attendees can sample the entries and help choose the winner of the “People’s Choice” competition.

Humphrey said that the entries in the competition are all usually good, but “there will be for sure some standouts.”

Entries must be submitted between noon and 1:30 p.m. The event is free and takes place at Gaslight Gardens, 317 N. Second St. 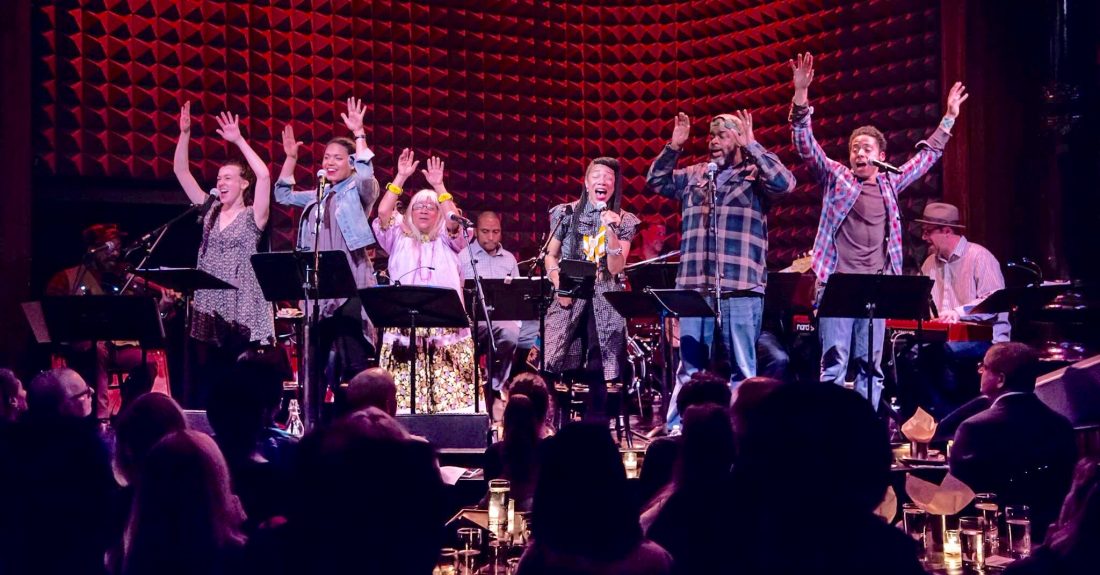 Before moving to Brooklyn, N.Y., in her teenage years, Martha Redbone grew up in the Appalachian hills of Kentucky.

The acclaimed singer, raised by a Native American mother and an African American father, will perform in a musical at the Lied Center Sunday night. The show, “Bone Hill: The Concert,” is an interdisciplinary musical theater work that tells the story of Redbone and four generations of her female Cherokee ancestors.

Betsy Ostrander, the Lied Center’s marketing communications specialist, said the show is “not a traditional musical, per se.” There isn’t a set, she said, and it’s not “overproduced.”

Members of Redbone’s band double as characters in the story. The narrative is told through the songs as well as through storytelling segments in between the musical numbers.

Ostrander said that there “are some complex parts to the story” and suggested that it is intended for a more mature audience.

In advance of Kansas Day, the Prairie Park Nature Center is putting on an event to teach people about the natural symbols of Kansas — from western meadowlarks (the state bird), to the ornate box turtle (the state reptile), to the cottonwood (the state tree).

The program will last about 30 minutes and will include some live creatures such as an ornate box turtle and a tiger salamander (the state amphibian). Marty Birell, the nature education supervisor, also said the program would teach attendees why these natural symbols were chosen.

The American bison, for example, is the state animal of Kansas because it was a keystone species for the region — a species upon which other species largely depend.

The Natural Symbols of Kansas event is free to attend and will take place Sunday at 1:30 p.m. at the Prairie Park Nature Center, 2730 Harper St. 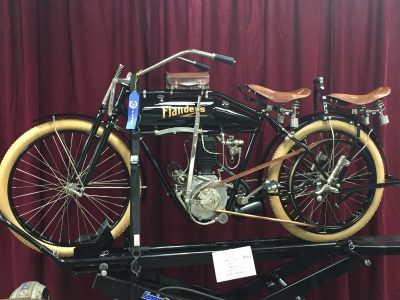