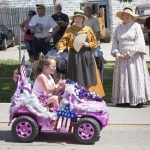 This weekend’s Historic Lecompton Territorial Days will offer plenty of old-fashioned fun — including frog and turtle races — but also a chance to learn more about Kansas’ early history.

The annual festival kicks off at 7 a.m. Saturday with a pancake breakfast at the community building south of Lecompton City Hall, 327 Elmore St. The critter races start at 8 a.m., and a parade is scheduled for 11 a.m.

Later in the day, two historical events are planned at the Territorial Capital Museum, 640 E. Woodson Ave. At 1 p.m., historian Carl Graves will give a presentation on the Battle of Mine Creek, one of the largest cavalry battles of the Civil War, which took place in Linn County. Then, at 2 p.m., reenactors will play out an 1855 meeting of the territorial government.

The afternoon events will be typical small-town fun and games, said Sandra Jacquot, mayor of Lecompton. Three-legged races, an ice cream social, a hay bale toss and a street dance are all on the schedule.

For the full schedule of the day’s events, go to lecomptonkansas.com/news-and-events. 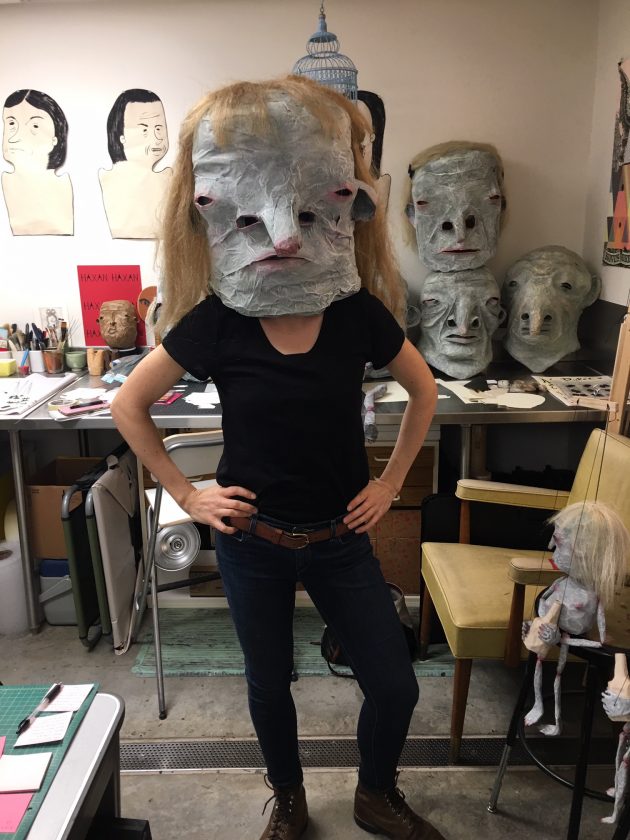 Johanna Winters, the 2018-2019 Lawrence Arts Center printmaking artist-in-residence, poses with one of her creations on March 20, 2019, in her office at the Arts Center.

Next week, visitors to the Lawrence Arts Center can hear from an artist whose works combine printmaking, marionettes, shadow puppetry and more.

Johanna Winters, the center’s 2018-2019 printmaking artist-in-residence, will present a talk at 7 p.m. Monday at the center, 940 New Hampshire St., which coincides with her current exhibition at the center, “ENDLNG.” The free event is open to the public.

“She will be talking about her exhibition and everything that came before and the ideas that drove this exhibition and accompanying performance and installation,” said Kyla Strid, the Arts Center’s director of residencies and adult education.

Winters’ exhibition, which the Arts Center’s website describes as “an account of what it means to be loved and be seen,” runs through June 22. She will also present puppet performances at 2 and 3 p.m. June 15 at the Arts Center. 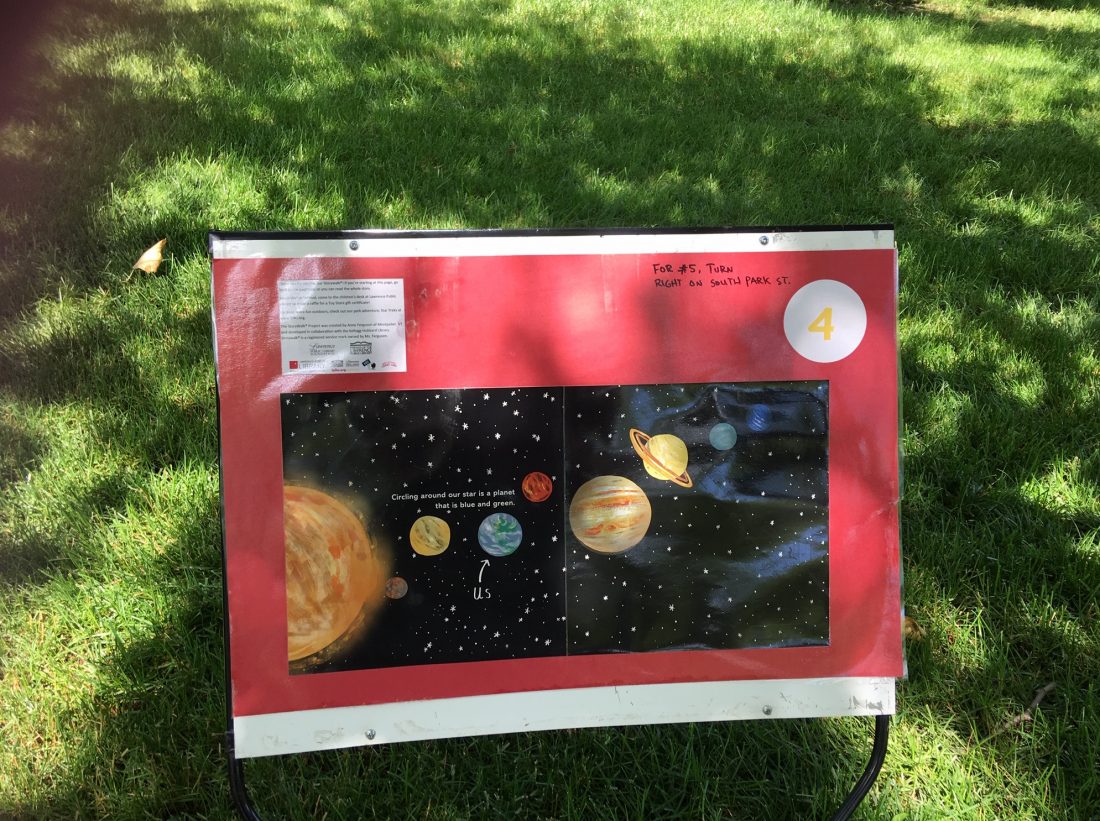 One of the pages from “A Hundred Billion Trillion Stars” by Seth Fishman is displayed on a sign at South Park, 1141 Massachusetts St., on June 6, 2019, as part of the library’s StoryWalk.

Families taking a walk through South Park in June and July can get some reading in at the same time — through a series of signs, each containing laminated pages from a book.

It’s all part of the StoryWalk project, a nationwide reading program that the Lawrence Public Library participates in. The library has set up the installations in other parks before, but Karen Allen, the library’s Youth Services Coordinator, said this is the first time it’s been done in South Park, 1141 Massachusetts St.

This year’s book, “A Hundred Billion Trillion Stars” by Seth Fishman, is about large numbers such as the number of ants in the world or the number of raindrops in a thunderstorm. Its pages are displayed on a series of numbered signs at South Park that also act as a map. After taking the walk, kids can go to the library’s youth services desk to claim a small prize, according to the library’s website.