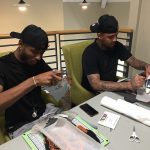 Lamont Crockett, 26, left, and Donta Tanner Jr., 26, both of Lawrence, work on quilt pieces that will be part of an upcoming exhibit. Tanner is a federal parolee who's involved in the Second Chance program to piece his life back together.

Donta Tanner Jr. ironed a piece of cloth into an intricate collage of fabrics in the likeness of Nipsey Hussle, the rapper and community activist who was gunned down March 31 in Los Angeles.

Beside Tanner, Lamont Crockett cut more cloth for a quilt piece that’s a portrait of Nat Turner, an enslaved man who led a notorious anti-slavery rebellion in 1831.

Tanner, 26, is the first man in a program called Second Chances, which was created by Lawrence resident Marla Jackson for men on federal probation. Tanner was paroled June 11 after serving time for unlawful possession of a firearm following a felony conviction of aggravated battery, according to the U.S. Attorney’s Office for the District of Kansas. He began with Second Chances the day after he was paroled. Crockett is his mentor in the program.

The two men were working on deadline Thursday morning. They want their quilt hangings to be done by July 17 for the National African American Quilt Convention, which will take place at the Black Archives Of Mid-America, 1722 E. 17th Terrace, Kansas City, Mo. During the four-day event, to be filled with workshops and speakers, one session will take place at the African-American Quilt Museum & Textile Academy, housed at 2001 Haskell Ave., Suite 206, in Lawrence. That’s where the men’s work will be displayed along with other narrative quilts, from artists around the country, telling stories of social injustice in America. More narrative quilts will be on display at Topeka’s Brown v. Board of Education National Historic Site, 1515 SE Monroe St., during the convention. 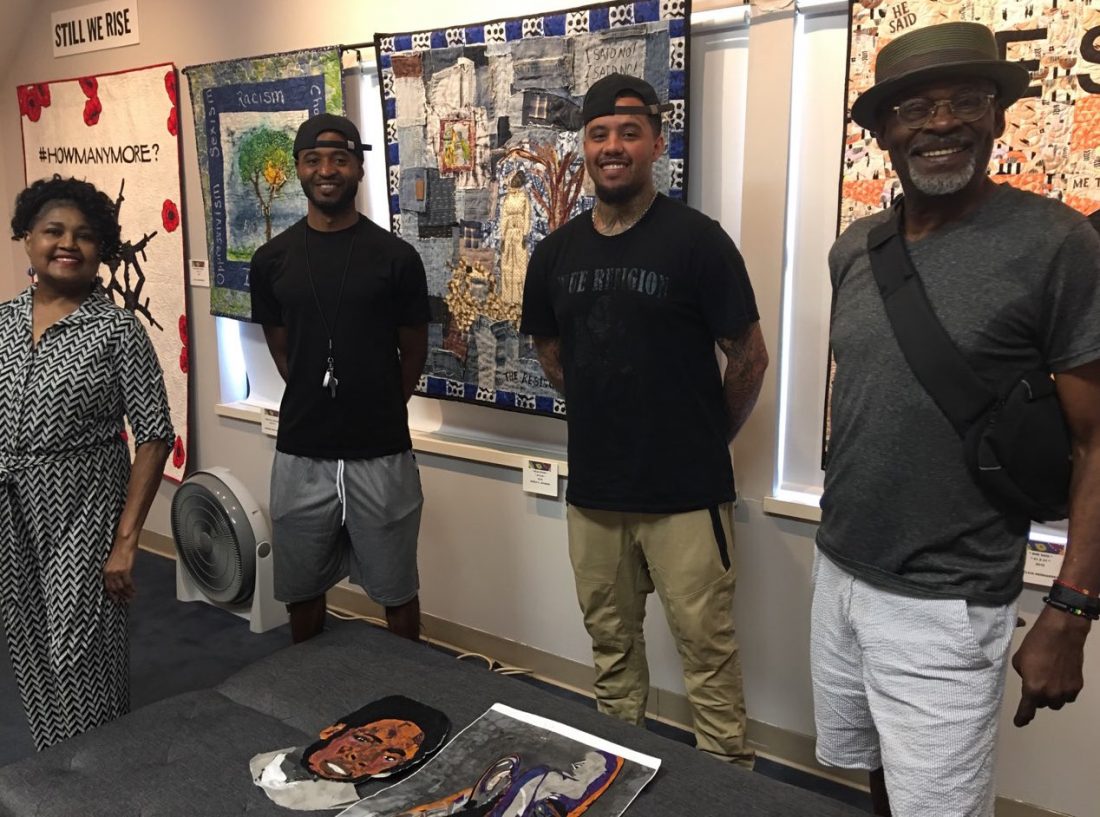 Jackson, a well-known visual artist and a quilter whose works have been exhibited in the Smithsonian’s National Museum of African American History and Culture, is teaching both men to make the quilt hangings as part of her program, which also has helped Tanner with other needs. She refers to the program as her “boot camp.” Second Chances offers yoga, male mentorship, life skills training, family assistance and job opportunities that are meant to help paroles get a fresh start, she said.

Jackson’s brother, Marvin Crum, assists with the program. He is also a textile artist, and in another room at 2001 Haskell Ave., his quilt hangings “Birds in Flight” are on display. 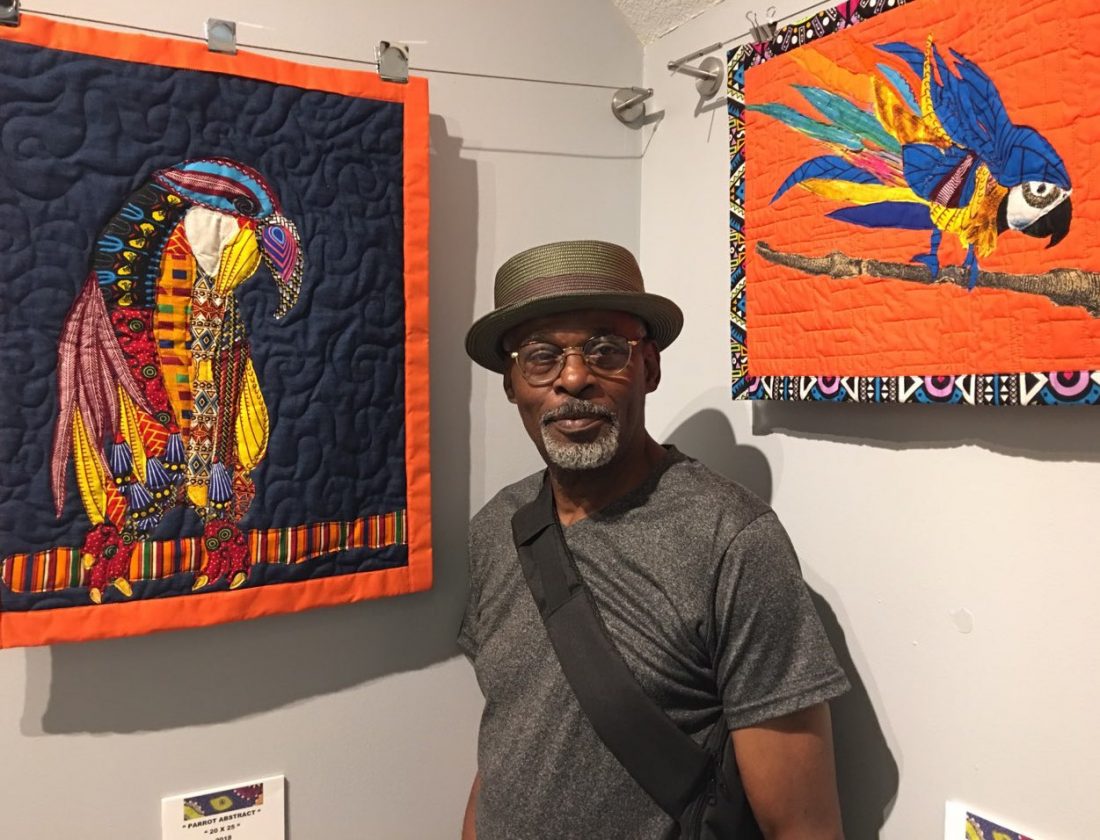 Marvin Crum, a textile artist, assists with the Second Chances program. He stands by a display of his work at the African-American Quilt Museum & Textile Academy, 2001 Haskell Ave., Suite 206, on July 11, 2019.

For the program, Tanner asked his lifelong friend Crockett to be his mentor because he had been a positive influence. For the past few weeks, they have been learning to make their own narrative quilt hanging.

“This is a work in progress,” Jackson said. The projects might not be finished by the convention, but they will be hanging on the wall.

As they worked together, she suggested more batting behind Crockett’s quilt piece to highlight Nat Turner’s teeth and to make the face look more three-dimensional.

“The process is what is important,” Jackson said.

She uses a sewing machine to do the quilting for the men after each layer of cloth is pieced together.

A lot has happened in the past month since being paroled, Tanner said. He now has a job and has begun to pay off fines. He feels he is getting his life together.

When it comes to working on the quilt, he carefully cuts every piece to form Hussle’s face, which he first painted on the fabric.

“Donta is such a perfectionist,” Crockett, the mentor, said. “I learn from watching him.”

Tanner is the first parolee in the program, but Jackson said that she hoped in this inaugural year to help at least eight more people in similar circumstances.