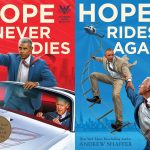 As former Democratic Vice President Joe Biden has hit the 2020 campaign trail, a fictional version of him is busy solving mysteries within the pages of Andrew Shaffer’s books.

Shaffer, an author from Kentucky, will soon release his second installment of his Obama Biden Mystery series, which turns former President Barack Obama and Biden into a crime-fighting duo.

The first book, “Hope Never Dies,” was released in 2018 and features a story of Biden trying to solve the mysterious death of an Amtrak train conductor while also struggling with a friendship with Obama that is growing apart.

The humorous and quirky book seems to have struck a chord with readers. It became a New York Times bestseller last year. Additionally, the book sold well to Lawrence readers. It was the 23rd bestseller for the Raven Book Store for 2018, store owner Danny Caine told the Journal-World.

On the heels of the local success, Shaffer will visit Lawrence at 3:30 p.m. July 28 at the Lawrence Public Library, 707 Vermont St. The event is part of a tour for Shaffer to promote the second installment in the series, “Hope Rides Again.” The Raven, which is co-hosting the event, will have copies of both novels available for purchase at the event.

Shaffer’s representation of Biden features an honorable man focused on doing what is right. Meanwhile, the real Biden, the current front-runner for the Democratic presidential nomination, has recently been dealing with criticism of his political record, including working with segregationist lawmakers in Congress in the 1970s and his handling of the Anita Hill allegations during Supreme Court Justice Clarence Thomas’ confirmation hearing.

Shaffer said he knew his version of Biden was different from real life but that readers still seemed to pine for a world where Biden and Obama were a part of their lives, regardless. 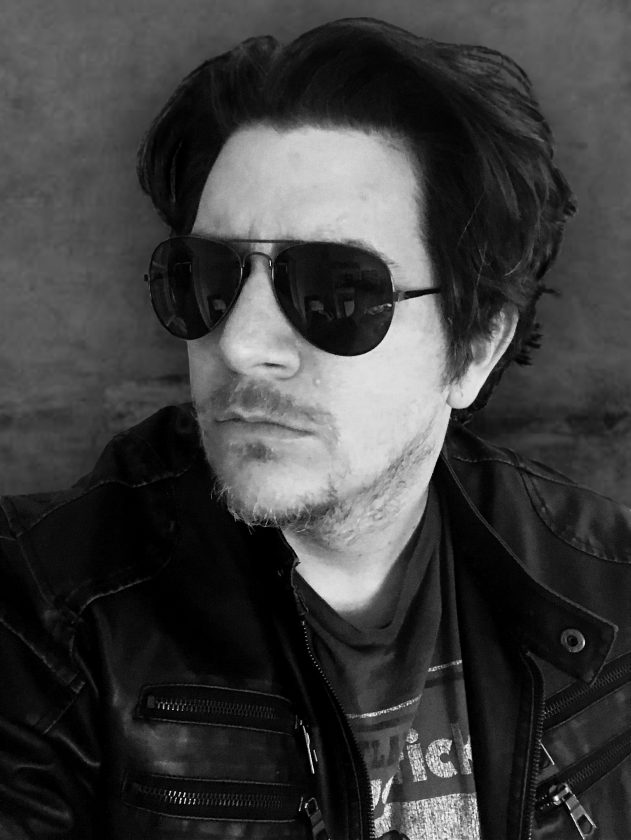 Before his visit to Lawrence, Shaffer spoke to the Journal-World about the inspiration for his books, why fan fiction of real politicians has resonated with people and how he views the current political landscape. The following interview has been edited for length.

Lawrence Journal-World: What is the idea behind your second Obama Biden Mystery novel, “Hope Rides Again”?

Shaffer: The first book came out last summer and I didn’t really have any plans to make it into a series. But there was such a strong response and people really wanted to read it. And it wasn’t a one-note joke. It was a serious murder mystery with just two really fun characters in the middle of it. So it was a different tone than someone who was approaching the whole thing as a joke would have taken it.

I had no idea Joe Biden was going to run for office again. At the time, last year, it seemed like he wouldn’t. He was on the fence and had been on the fence before. So I didn’t really have any idea that this would be a great idea. It was more like if I found the right story, I wanted another story with these characters.

This book takes place in Chicago, so it’s a different setting than the first book, which was set in Delaware. It still has a very serious mystery at the heart of it and it deals with the violence in Chicago, but it has these fun characters that readers will want to follow and spend some time with.

LJW: The first book is set in Wilmington, Del., where Biden is from. The book is from Biden’s perspective but they are going to Chicago, which is considered Obama’s home base?

Shaffer: Yeah, Joe Biden is sort of an outsider this time around on Obama’s turf. Joe is reconnected with Obama at this point, but he knows he needs to do some things on his own. He can’t continue to rely on Obama, especially if he jumps into the race, which is in real life what ends up happening.

LJW: What inspired you to write books with Biden and Obama as a duo solving mysteries?

Shaffer: Several years ago I wanted to do just a Joe Biden book, where Biden is living a Walter Mitty-type existence where he is daydreaming about all these great things that are happening when he’s in the White House. So while Obama is working, he gets to follow a spy or there’s a missing cat or something.

But when they were just about out of office, there were a lot of memes that went around about the Obama-Biden “bromance.” From that, I thought, “What if it was the two of them and it was kind of like this Sherlock and Watson dynamic?” They are not the exact real life Obama and Biden, but it’s a version of that. It’s more “What if those internet (memes were) real and they were best friends?”

LJW: How do you feel about your representation of them?

Shaffer: With the first book, I wasn’t quite sure what they would think of it. I know they are both aware of the books and Joe has signed a copy of the book for me. But I don’t think either of them were offended by it or anything. It’s actually a pretty respectful rendition of them as characters.

Some people have said it’s really not satire because I’m not poking holes. I’ve done that type of political humor before, but I wanted this to be a buddy-cop type of story. There’s not as much political stuff in this book that I think some people may be fearing or may be after. It’s more about the friendship.

LJW: Why do you think this series is resonating with people?

Shaffer: The book has done well in what I would consider red states and I know Kansas is right there … I think there’s just a hunger for stories that are sort of escapism and fantasy. I can kind of see that to a degree. You are bombarded daily with (the Trump administration) and you just want to not think about the fact that we’re living in 2019 sometimes.

LJW: The New York Times called the book a “political fanfiction” and an “escapist fantasy” for liberals. I assume you are liberal politically. Did you vote for Obama and Biden?

Shaffer: I did. I voted for them both times around. My personal politics are a little more centrist where Obama and Biden kind of lived for their careers. Now, with the Democratic Party, Biden is getting flak for saying we need to move toward the center and a lot of people are trying to move further left or further right in politics. I sort of agree with that centrist point of view. That’s probably another reason the books aren’t very political. I don’t think on a daily basis Obama or Biden, unless they are campaigning, they aren’t really pushing issues.

LJW: Depending on who’s reading the book, Obama’s and Biden’s names carry some inspiration or baggage. Do you have any issues with writing characters like that?

Shaffer: I haven’t had any problems with people politicizing the books or anything. It’s actually been kind of strange to write a book that touches on politics and have to talk about that. It’s usually that no one cares what I think. But there have been very few negative reactions as far as politics go.

People have said it’s made them fall back in love with the characters, (but) if you go see Biden speak live, which I’ve done, I think, “Wait a second, my Joe wouldn’t say that.” So it’s really weird, but in my mind I separate them.

LJW: Now that Biden is running and is considered a front-runner for the Democratic nomination in the 2020 presidential election, is that a good thing for your books?

Shaffer: When I started the series that was one of the big questions. That’s a big question for publishers getting behind books. You have to take a gamble and we did that with the first book and we certainly did that with this book. I could see gambling for a third book. I have a couple ideas for how the story would go, but it could (rely on whether) he’s the nominee or not.

I hope to write something. I’m just kind of waiting to see how the polls go and everything.