Ahead of Lied Center performance, Japanese drummer discusses how his art is a way of life 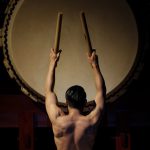 Kenta Nakagome doesn’t think of the audience as he faces the huge drum; instead, he descends deep into a primal rhythm with each beat of the stick.

As a member of Kodo, a professional Japanese drumming troupe currently touring North America, he will be featured during a performance at the Lied Center of Kansas on Feb. 19.

Nakagome, 33, went through intense training to become a focused drummer — one who appears more like an athlete than a musician when he performs.

He spoke by phone to the Journal-World through his interpreter, Koji Miyagi, Kodo’s tour manager.

“We use our whole body to play the instruments; at the same time it’s very important to be relaxed,” Nakagome said. The group practices Aikido, a Japanese martial art that emphasizes philosophy and religious beliefs along with tactics for self-defense.

“We do play very intensely, and it’s very strenuous at times,” Nakagome said. “It is very important for us to be calm and relaxed; that’s how Aikido helps us a lot.”

The group was in Mesa, Ariz., last Thursday and was scheduled to be in California this week as part of their 27-city tour across the U.S. and Canada.

A two-month tour can be grueling; that’s why Nakagome said it’s important for performers to keep up their stamina as they travel to different climates and time zones.

“That means taking care of myself, healthwise and mentally,” he said. During the tour, meals are the most important thing for staying healthy.

“It’s important to get enough food and nutrients and get enough rest,” he said.

To maintain some normality during the trip he packed his rice cooker and brought along his own rice to ensure he’d have access to a routine part of his diet.

Becoming a Kodo performer has meant a commitment to a disciplined lifestyle. After graduating from high school he was accepted at the Kodo Apprentice Center on the remote Sado Island in the Sea of Japan. For two years he lived in the center’s rigorous community practicing six days a week. As an apprentice, he went without the internet, a cellphone or television. Alcohol and tobacco were forbidden.

Through a selection process, he became a junior member of Kodo and moved to Sado Island’s Kodo Village, which includes a rehearsal space, residence halls, a workshop and recording studio. He then became an official Kodo member.

Miyagi said that Nakagome would have a drum solo during the performance at the Lied Center. Of the 33 Kodo members, 16, including two women, are on this tour. 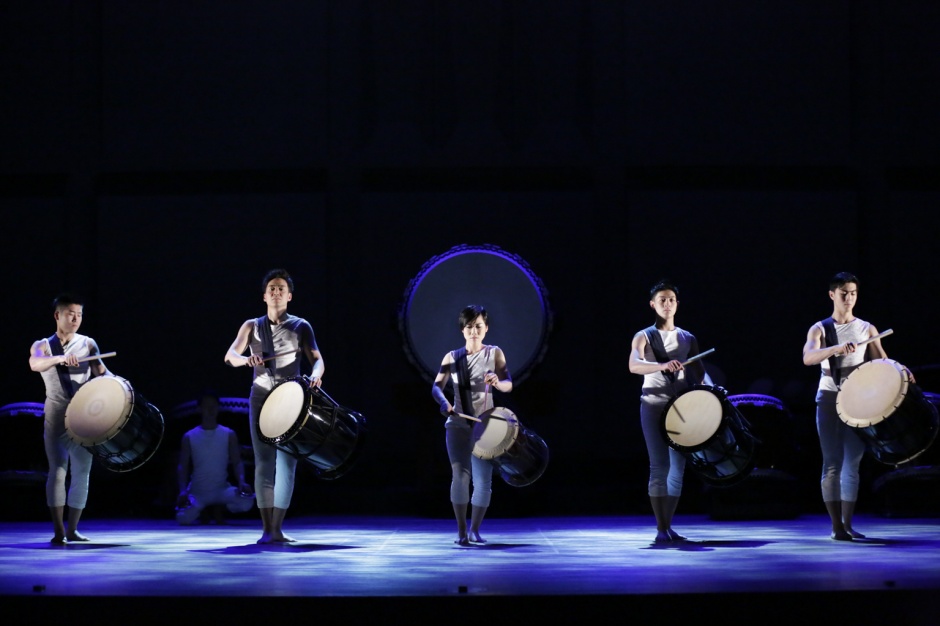 The “Kodo One Earth Tour 2019: Evolution” performance will feature 16 drummers at the Lied Center on Feb. 19.

In Japanese, the word “Kodo” has two meanings; according to the Kodo website, it can be translated as heartbeat, the primal source of all rhythm, or children of the drum.

“The great taiko (drum) is thought to be reminiscent of a mother’s heartbeat as felt from the womb, and babies are often lulled to sleep by its thunderous vibrations. If read in a different context however, Kodo can also mean ‘children of the drum,’ which reflects the group’s desire to play the drums with the simple heart of a child,” the website explains.

Nakagome hopes to perform on stage for as long as he can.

“Since my dream (performing with Kodo) came true, my next dream is to have workshops and introduce taiko to children who have never heard or played it.”

Back on Sado Island, he has a wife and a 10-year-old son, who he says is currently more interested in baseball than taiko.

As the tour takes the troupe to large concert halls like the Symphony Center in Chicago and the Kimmel Center for the Arts in Philadelphia, Nakagome said he tried not to dwell on the audience. 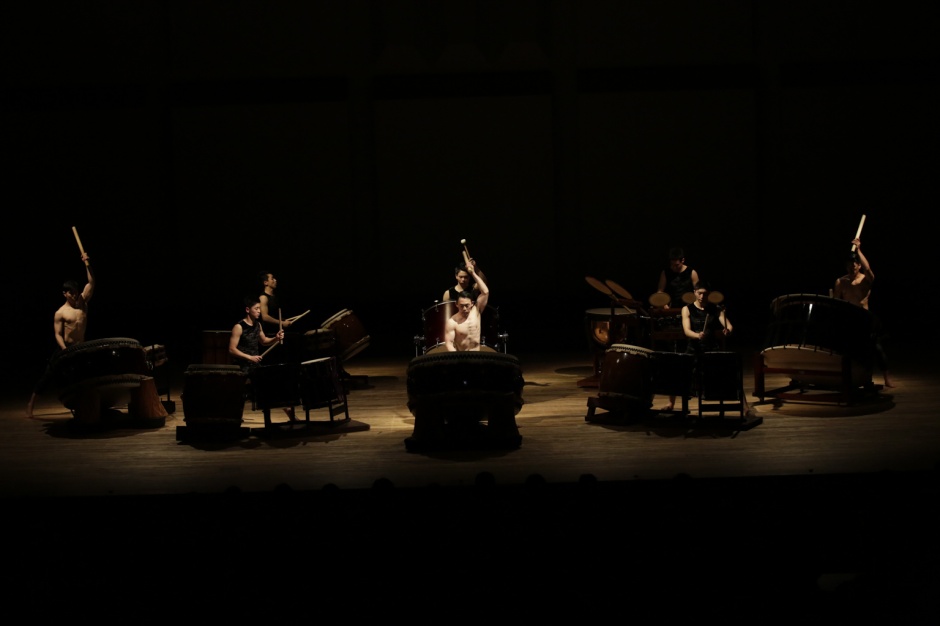 “If I did it becomes just a performance,” he said. “I concentrate on the sound I am making and try to dive into that sound.”

Information about tickets can be found at the Lied Center of Kansas’ webpage, lied.ku.edu.