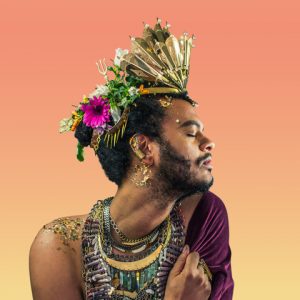 Shoppers at Van Go’s annual holiday art sale this weekend will be able to take in some eclectic music at the same time.

The social service agency that employs at-risk young people as apprentice artists will be welcoming Kansas City-based musician Calvin Arsenia for a benefit concert on Saturday. Arsenia is a classically trained harpist who performs in a variety of genres, including jazz and electronic music. The concert coincides with the final night of Van Go’s Adornment sale, which features artwork and gifts made by the apprentice artists.

Carol Kobza, Van Go’s executive director, said Arsenia was a good choice to perform at the nonprofit because his music “tells us that our uniqueness is what is to be valued and celebrated.”

“Van Go is a place of acceptance where young people facing life’s obstacles are supported to express themselves creatively, to give and receive kindness, and to feel safe to be exactly who they are,” Kobza said in an email to the Journal-World. “Van Go is opening our doors to the community for Calvin Arsenia’s concert so that the audience can feel that environment of acceptance and hope.”

The concert will be at 7 p.m. Saturday at Van Go, 715 New Jersey St. Tickets are $15 and are available on the Van Go website, van-go.org, or by calling 785-842-3797. Proceeds from the concert will support Van Go’s operations throughout Douglas County.

Hurst Coffman, a Topeka attorney who will be leading the performance, said the performance will be modeled after the annual Christmas Eve service at King’s College in Cambridge, England.

The event will include readings of six scriptures, “but because we’re still in the season of Advent, we stop just short of the birth of Jesus,” Coffman said. “The lessons follow the progress of our relationship with God from the time of creation to the present, emphasizing God’s love for creation.”

Coffman said members of the audience are invited to sing along with the musicians, as well.

The performance is scheduled for 6 p.m. Saturday in the sanctuary of Trinity Episcopal Church, 1011 Vermont St. 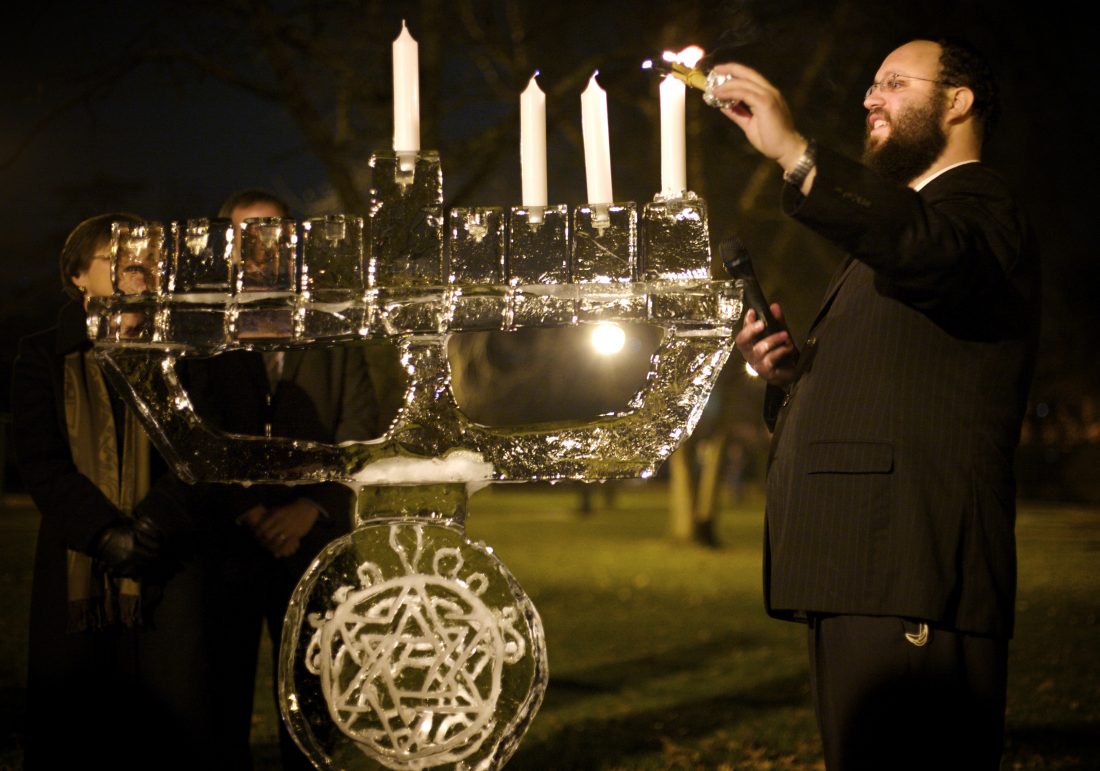 In this file photo from Dec. 13, 2009, Rabbi Zalman Tiechtel, executive director of the Chabad Center for Jewish Life, lights a menorah made of ice in downtown Lawrence.

The community is invited to join in the lighting of a 12-foot “Kindness Menorah” on the first night of Hanukkah at 4:30 p.m. Sunday at the Lawrence Public Library, 707 Vermont St.

This will be the 14th year for the community menorah lighting, which is sponsored by the Chabad Center for Jewish Life. In past years, menorahs have been carved out of ice and sculpted in chocolate, and last year a menorah was lowered out of the sky by a drone.

But Rabbi Zalman Tiechtel, executive director of Chabad, said this year’s lighting will have a more serious tone. The branches of the candelabrum will be tubes filled with hundreds of hats, gloves, scarves and socks donated by the community to local social service agencies. People can donate items through Saturday at the drop-off box at Chabad, 1201 West 19th St.

“Because we have so much darkness and hatred right now and we are in a difficult place in our country, we wanted to show warmth and connectivity in this crazy time,” Tiechtel said.

Traditional Hanukkah food, including potato latkes, doughnuts and chocolate gelt, will also be offered during the free event.