Go, See, Do: Holiday Extravaganza, stargazing and an audio-described musical coming up 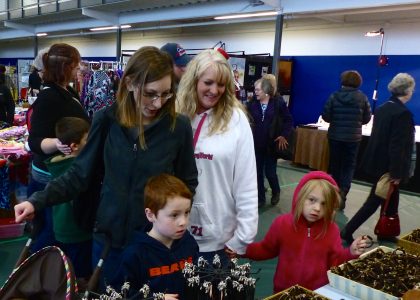 In this file photo from Dec. 3, 2016, six-year-old Alex Staszkiewicz, left, checks out some of the items available at a Holiday Extravaganza vendor booth at Rock Chalk Park Sports Pavilion. With the boy, from left, are his mother Jessica Staszkiewicz, grandmother Janice Britt, and 5-year-old sister Abby Staszkiewicz, all of Lawrence.

There will be 206 vendors, including local and regional artists selling their work. Plus, there will be a variety of items from pottery, photography, holiday decorations, jewelry, handmade furniture, baked goods and much more, according to Duane Peterson.

“We have been sold out since September, with 48 on the waiting list,” said Peterson, special events/facilities operations supervisor with the Lawrence Parks and Recreation Department.

The free event will be from 9 a.m. to 4 p.m. Saturday at Sports Pavilion Lawrence, 100 Rock Chalk Lane.

This is Peterson’s 27th year to organize the event, which originated at the Douglas County Fairgrounds, the same day as the Old-Fashioned Christmas Parade, along Massachusetts Street.

“It made sense to have it there because the horses for the parade stay at the fairgrounds,” Peterson said.

However, the event kept growing. Five years ago, they moved to the sports pavilion and were able to grow from 81 booth spaces to the event they will be hosting this year, which is more than double the original size. 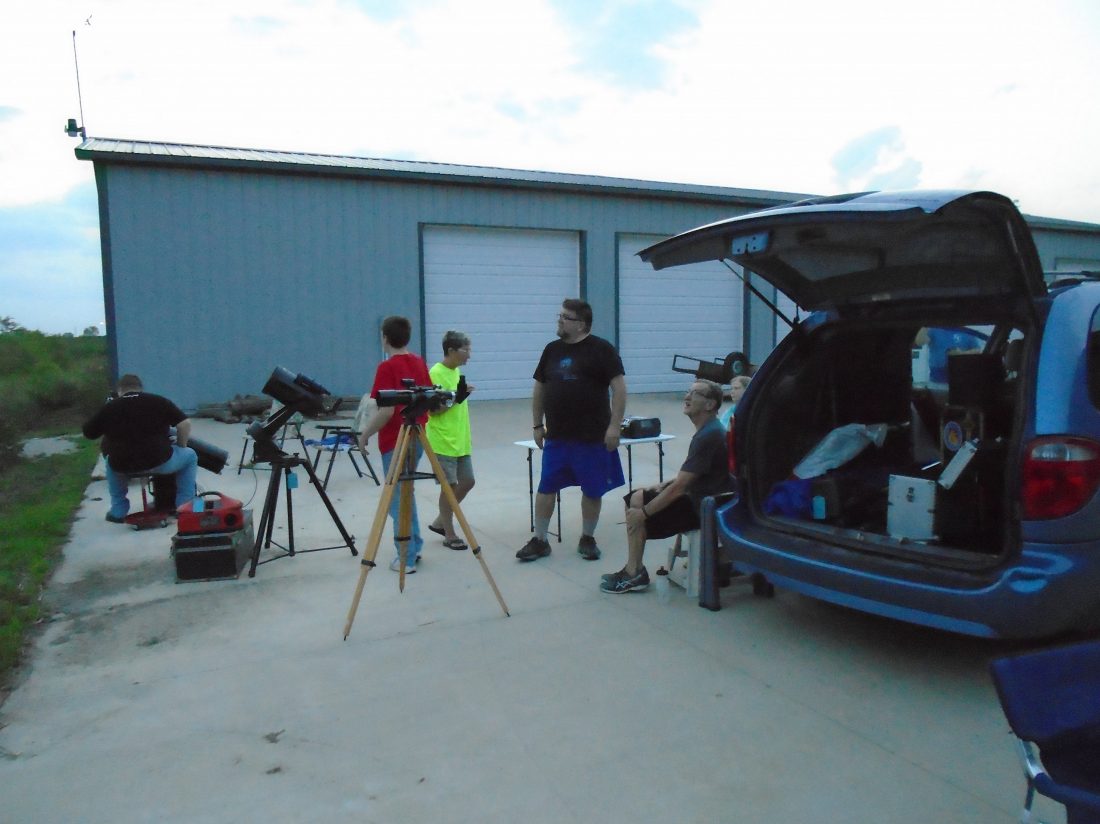 In this contributed photo, members of the Astronomy Associates of Lawrence set up telescopes in preparation for stargazing at the Baker Wetlands during one of their events.

If the sky is clear, there will be an opportunity to observe the constellations in Sunday night’s sky.

All ages are welcome to a free event sponsored by the Astronomy Associates of Lawrence at 7 p.m. Sunday at the Discovery Center at the Baker Wetlands, located at 1365 North 1250 Road.

Rick Heschmeyer, president of the group, said they would first show a film about light pollution and what people can do to protect against it.

“Then we will do some observing,” Heschmeyer said. “There will be several telescopes on hand and if the sky is clear, people can stargaze as long as they want.”

Jupiter is currently low in the sky, Heschmeyer said, and the moon and Saturn should be visible, along with the Andromeda Galaxy.

‘Rudolph the Red-Nosed Reindeer: The Musical’ 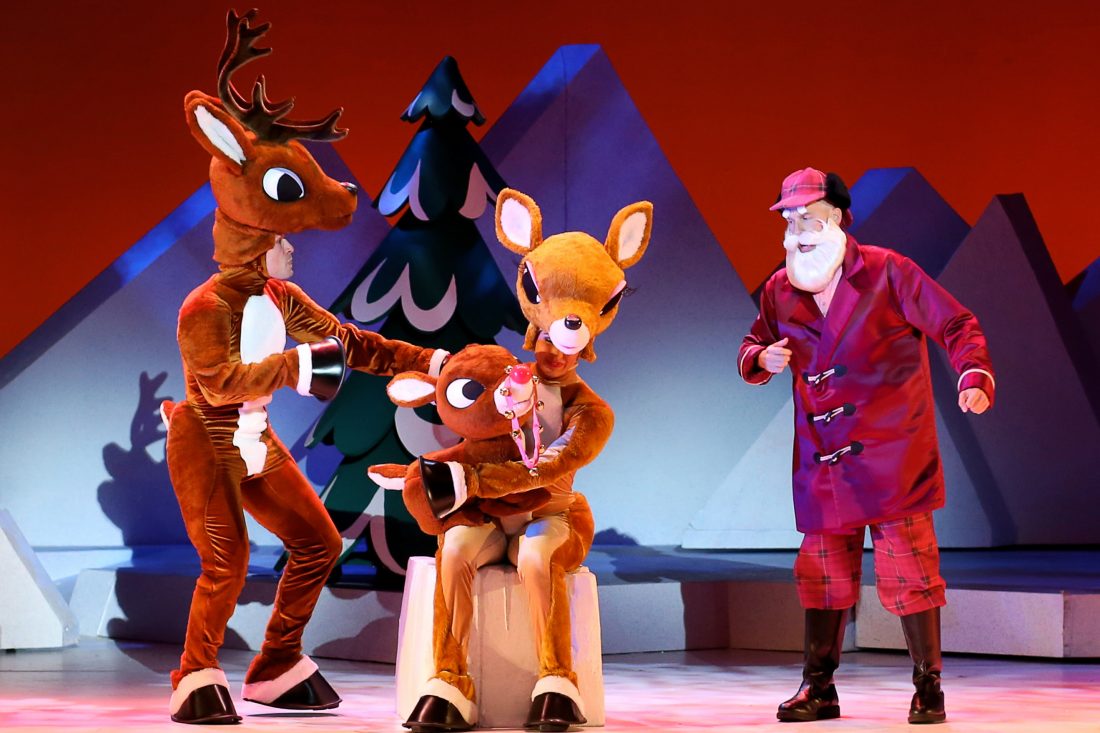 It’s part of the holiday tradition to sing about Rudolph, who guided Santa’s sleigh one foggy Christmas Eve. Now, children and adults can watch the musical on stage at 7 p.m. Dec. 11 at the Lied Center, 1600 Stewart Drive.

The holiday classic will be bringing all the familiar characters, including Santa and Mrs. Claus, Hermey the Elf and Bumble the Abominable Snow Monster.

The performance teaches everyone that what makes you different can be what makes you special according to a news release from the Lied Center. Ticket information is available at lied.ku.edu.

Wednesday night, prior to the show, Audio-Reader will partner with the Lied Center to host an audio description open house and demonstration from 6 to 7 p.m. in the center’s Seymour Gallery. It’s an opportunity to learn more about the Audio-Reader Network, which is a service for blind, visually impaired and print-disabled individuals. The open house is free, with snacks provided.

The musical will be an audio-described performance. Headsets will be available for checkout for the show.

“We are proud to partner with the Lied Center on such a popular holiday show,” said Lori Kesinger, outreach coordinator at Audio-Reader, in a press release. “Our goal is to bring an audio description to a wider audience in helping make theatre, arts, and culture more accessible to everyone.”

A limited number of discounted tickets for the performance are available. Contact the Lied Center at 785-864-2787 for tickets or Audio-Reader at 785-864-4600 for more information.