For ‘Sea Witch’ author Sarah Henning, of Lawrence, time is the real villain 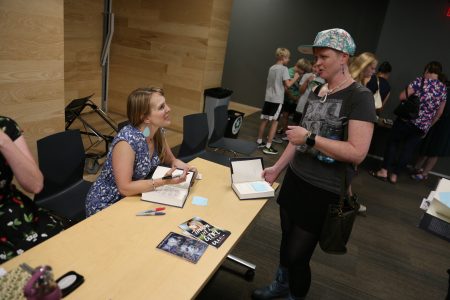 Henning recently released “Sea Witch Rising,” her second novel in just more than a year, all while holding down a full-time marketing job, running ultramarathons and raising two kids.

To keep up, Henning said she lives and dies by her schedule.

Almost every day, she is awake before 5 a.m. to go for a run. Afterward, she writes as much as she can before 7 a.m., when her kids wake up and inevitably force her to shut her laptop to carry on with the rest of her day.

Occasionally, she’s found herself writing new pages in the Notes app on her iPhone while she held her sleeping daughter with her free arm.

“I always tell people you can find time … All you need is an idea and time to sit down and write,” Henning said.

Henning said she originally signed with her agent to write murder mysteries, but after having her daughter in 2014, she said she could not bring herself to write stories about killings.

Instead, her debut novel drew its inspiration from a fairy tale.

After she read Hans Christian Andersen’s “The Little Mermaid,” Henning said she felt betrayed by the tale’s dark ending but intrigued by the sea witch character who grants the mermaid princess her legs.

“She’s not a villain,” Henning said. “I understand why Disney made her a villain … because there was no villain in the original tale besides time.”

Her interest in the character lead her to write the novel “Sea Witch,” which was published in 2018. Even though she wanted to explore Andersen’s original sea witch character, she said her daughter is still convinced it’s about the Disney villain.

“She calls it my Ursula book,” Henning said.

“Sea Witch Rising,” the new sequel, is set 50 years after its predecessor in the midst of World War I in Denmark. It’s about the underwater world the Little Mermaid leaves behind after going ashore.

“I consider it to be like an actual retelling,” Henning said. “At least for the first act until everything goes horribly wrong.”

On Tuesday night, Henning hosted a book release event at the Lawrence Public Library where she talked about “Sea Witch Rising” and signed copies. More than 75 readers of all ages attended, including some family and friends. 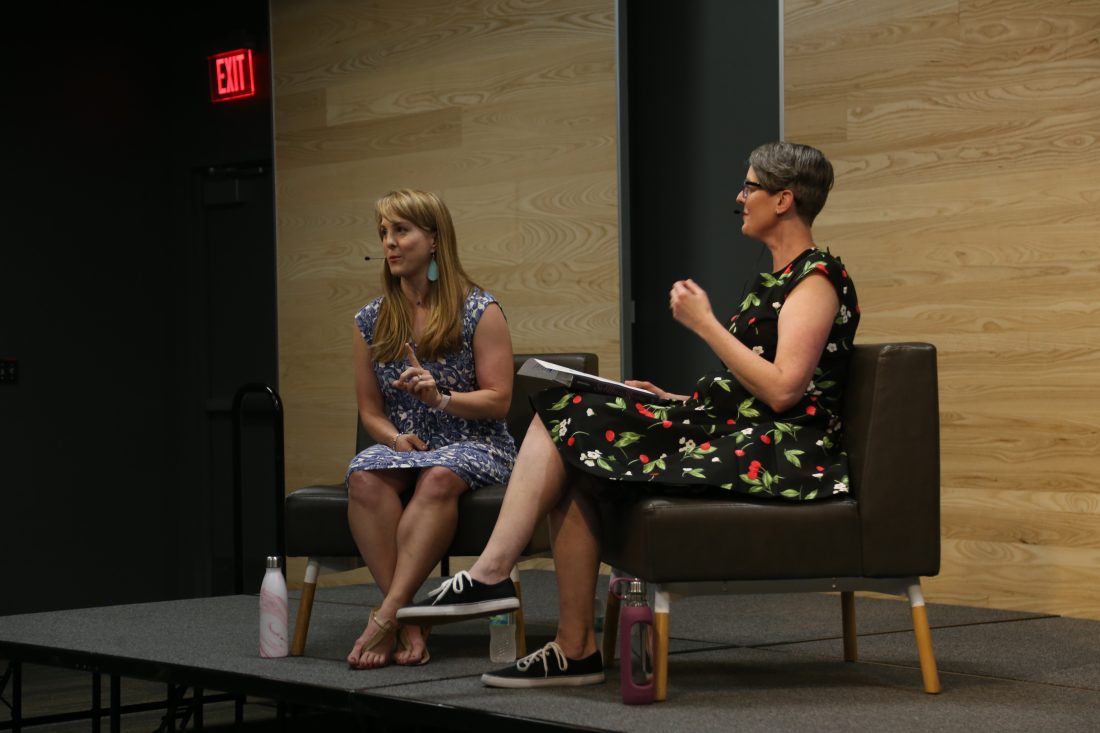 Henning said Lawrence has a vibrant and tightknit community of local authors. She said she never imagined celebrating the premiere of her latest book anywhere other than Lawrence.

“Who wouldn’t want to throw a party with all of your closest friends?” Henning said.

Henning is not slowing down. She is releasing another novel within six months about a girl who becomes the quarterback of a high school football team.

When Henning runs into other moms who are waiting for their kids to move out to start writing, she encourages them not to wait.

“It’s important to show (your kids) that life doesn’t end when you have kids and a mortgage,” Henning said. “Because what’s that supposed to teach them?”