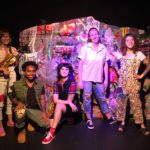 The cast of "Color Play" stands in front of the set for the Lawrence Arts Center show. Amanda Pintore, right, is directing the show.

What does red do when it wakes up in the morning? How does yellow sound? What does green do when it feels mad?

These are the questions the very youngest theatergoers of Lawrence can explore during a new performance at the Lawrence Arts Center.

“Color Play,” which opens to the public at 6 p.m. Friday, launches a series of performances for the Lawrence Arts Center’s new Theater and Dance for the Very Young program, which is focused on children 5 and under, said Amanda Pintore, associate director for performing arts and education.

The art center’s Play Lab uses research with children to help create the shows. Pintore, who is directing the show, said the research entails asking young children questions based on a topic of the show. She then builds the show around the children’s responses.

“We would do improvised research with them and record all of it to make sure we get their words, ideas and movements just right,” she said. “In the ‘Color Play,’ 90 percent of the show is directly from their ideas.”

The Play Lab plans to create performances of “Goodnight Moon” in January and a “Baby Disco” performance in April. 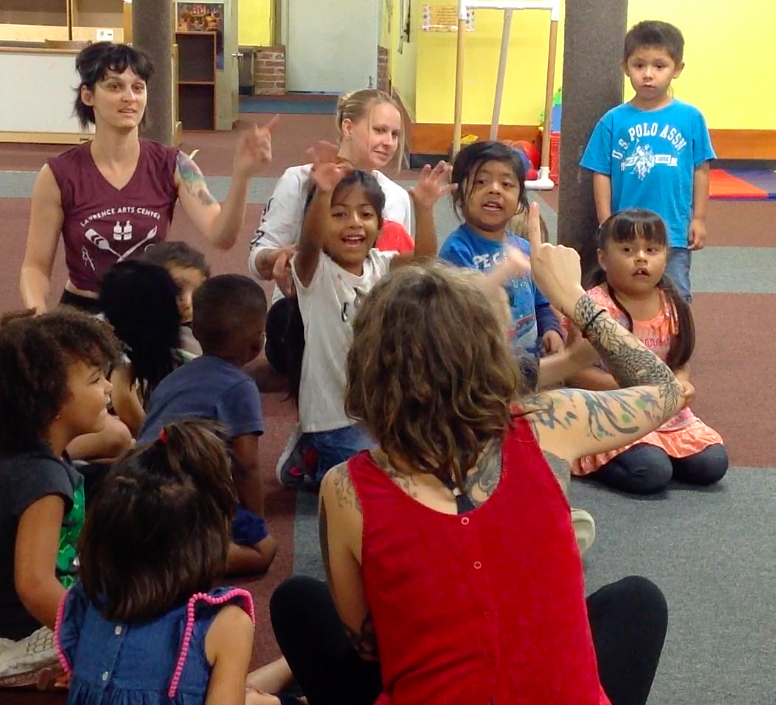 Amanda Pintore, in red, and Olivia Hernandez, back left, lead children during the Play Lab research session for “Color Play.”

The “Color Play” show itself is 45 minutes and interactive, including blowing bubbles, playing with balls and dancing. The show will at times ask for the audience to sit and listen, but will also ask them to participate in the play itself.

The show does not have an overarching plot, Pintore said, referring to it instead as a “series of happenings.”

“It’s an imaginative journey that starts in one place and ends in another,” she said.

Pintore said she was excited about the project because she had found that some of the most dynamic ideas came from the youngest thinkers. The show also allows for parents and guardians to experience the theater with their children.

“It’s joyful and hilarious,” she said.

The performances also allow for the children to be themselves in a new setting, which can sometimes be stressful for parents of young children.

“We want parents to breathe a sigh of relief that their young person can be themselves while experiencing our shows,” she said. “We’re trying to free up that anxiety a little bit so that (parents) know that tears, laughter and all, we want that here.”