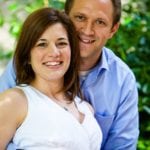 The future groom is the son of Tim and Kristine Lewis, Concordia. He is a 1997 graduate of Concordia High School and earned a Bachelor of General Studies degree in economics from KU in 2007. He is employed by Rocky Mountain Emergency Vehicles.

The couple plan a July 4, 2009, wedding at St. John the Evangelist Catholic Church in Lawrence.