Things have gotten a little rocky on both the Italian and Mexican fronts, and it doesn’t even have anything to do with a presidential tweet. Instead, I’m talking about the closing of a longtime Italian eatery in downtown and a Mexican restaurant in west Lawrence.

Fans of Genovese may have a bit more hope for the future, although I’m not sure more Italian fare is in the works. A sign on the door says the space is being renovated to become 1856 Bar & Grill. Based on social media posts, it appears the owners of Genovese are involved in that new project, so some of the faces may stay the same at the new business. I’ve got a call into an owner of the building to find out more.

I have no clue yet on what the food and drink options may be at the new location, but I would guess the 1856 name is in reference to the tumultuous Bleeding Kansas period that Lawrence was at the center of prior to the Civil War. Lawrence and the surrounding area were in national headlines regularly in 1856. Pro-slavery activists led by Samuel Jones sacked Lawrence in May of 1856, and just a few days later U.S. Sen. Charles Sumner was beaten with a cane by a fellow lawmaker in the U.S. Senate for denouncing the Lawrence sacking. (And you thought Twitter was bad.) The following month, the Battle of Black Jack took place near Baldwin City, and several historians consider that skirmish, led by abolitionist John Brown, to be the first true battle of the Civil War.

So, maybe there are some fun bar games to be had from all of that. 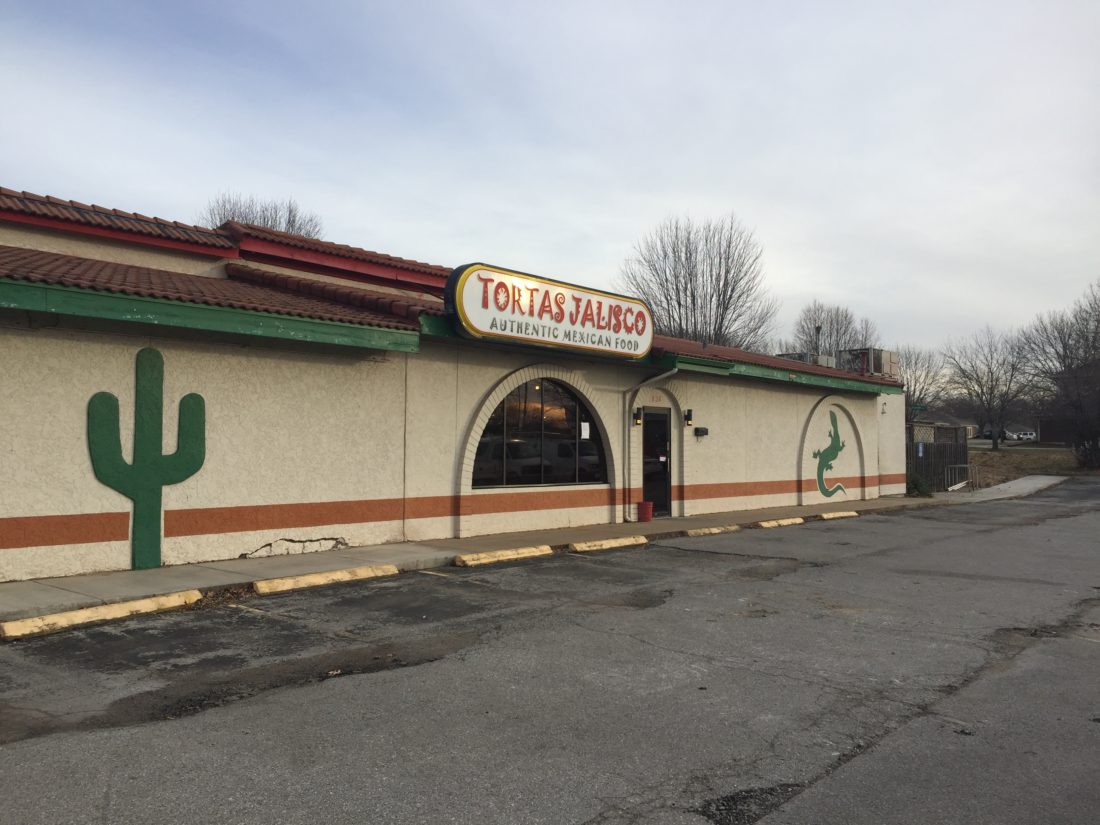 Tortas Jalisco in west Lawrence has closed after 15 years in business.

At Tortas Jalisco, there is no word of a new venture. In a note posted on the building’s window, owner Angel Alvarez thanked the community for 15 years of support at Tortas.

“The people of Lawrence welcomed us with open arms, and for that I will be forever grateful,” Alvarez wrote. “We have developed many friendships and loyal customers over the years, and I shall miss them.”

I did get in touch with Alvarez, but he said there wasn’t much more that he could say about the closing. I had heard rumors of the closing a couple of weeks ago, but at that time a sign on the restaurant’s door said it was only closed for a couple of weeks to allow ownership and staff time to celebrate Christmas with their families.

The Tortas Jalisco property did change hands in the last several months as part of a larger development in the area. As we reported in July, RCB Bank has bought the old convenience store building that is adjacent to Tortas. The bank needed to buy the Tortas property to have some extra room for a drive-thru lane for the bank it is building on the former convenience store site. The bank construction is well underway, but I don’t have any reason to believe it affected Tortas. In July, bank officials told me they didn’t have any plans for the Tortas property other than to continue leasing the space to the Mexican restaurant.

• There is a potentially significant corporate deal brewing that Lawrence folks may want to watch. A spokeswoman with Blue Cross and Blue Shield of Kansas has confirmed to me that the large insurance company is actively looking to expand its presence in Lawrence.

“We are interested in becoming a larger part of the business community in Lawrence,” said Mary Beth Chambers, manager of corporate communications for Blue Cross and Blue Shield of Kansas.

Blue Cross and Blue Shield of Kansas is the state’s largest health insurance provider and is a major employer in Topeka, with about 1,500 employees at its corporate headquarters. It seems clear that the company is not looking to move its corporate headquarters to Lawrence, but is looking to significantly expand upon the relatively small workforce it has in Lawrence today. The company has a sales office and a strategic investment officer based in Lawrence, but that accounts for only about three employees, Chambers said.

Chambers said the company has not yet completed a deal for building space and declined to talk about the spaces the company is considering. She did, however, say the company is fairly far along in the process to strike a deal in Lawrence. She said corporate officials were in the process of dotting ‘i’s’ and crossing ‘t’s’ on a deal.

“We are not at the beginning of the process,” she said. “We hope to make an announcement in the coming months.”

The big question would be how many jobs and what type of jobs could be landing in Lawrence. Chambers said she couldn’t yet provide those details. She did highlight the company is looking for flexible workspace, which could indicate a variety of jobs.

“The key is flexible workspace,” Chambers said. “Once we have a place identified we can talk about that publicly and how we might use that space. It is meant to complement our network of offices across the state.”

In the spirit of full disclosure, I can report on one property the company is looking at: the current offices of the Lawrence Journal-World at Seventh and New Hampshire streets. Commercial real estate agents and a team that identified itself as being with Blue Cross and Blue Shield of Kansas have been through the building on multiple occasions in recent weeks.

The Journal-World building at 645 New Hampshire St. is a three-floor building with approximately 30,000 square feet of space, so that could give you an indication of the scale of expansion the company is contemplating in Lawrence.

A Blue Cross and Blue Shield deal could mean a major new corporate presence in Lawrence. The company, which has territory that includes all of Kansas except Johnson and Wyandotte counties, has offices in 11 cities. The company provides health insurance to a little more than 900,000 people through both group and individual health insurance plans. The company has about 1,600 employees, with just under 1,500 of them in Topeka. The company, which has a variety of accounting, sales, IT and other white-collar jobs, has an annual payroll of about $116 million. A Lawrence resident, attorney Matt All, leads the company as its president and chief executive officer.

Again, no deal is done, but it does appear to be a development worth watching. I’ll let you know if more details emerge. 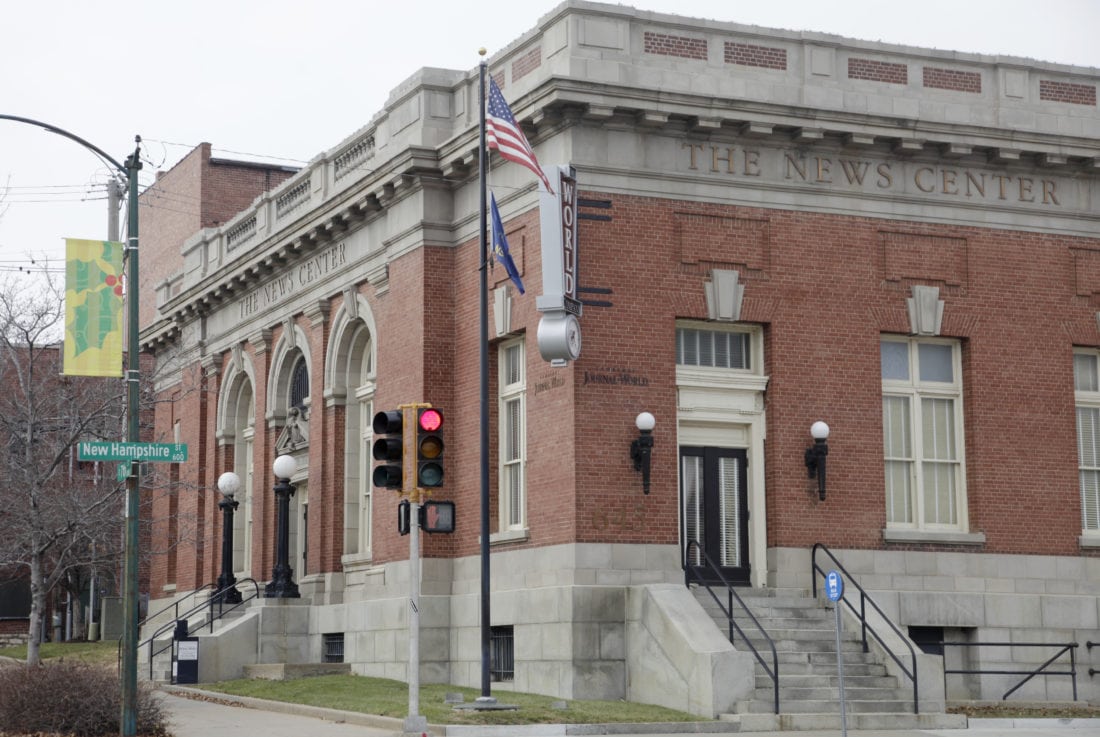