News and notes, including a fast food remodel and what is being built next to Zaxby’s 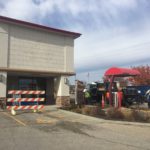 The Wendy's at Sixth and Kasold is temporarily closed while crews complete a remodeling project.

Some news and notes from around town:

• Election season is done, but somehow we didn’t get this national controversy resolved: round or square hamburgers? If you are a square hamburger fan — hold onto your hammer and sickle — the west Lawrence Wendy’s has closed for major remodeling.

Work began in recent days on the small Wendy’s in the shopping center that is at the southwest corner of Sixth and Kasold. Driving by you may think the fast-food restaurant is going out of business because even the sign has been removed. But if you get closer you see a notice that the restaurant plans to reopen after remodeling. I’ve gotten no word from Wendy’s on when it may reopen, but some folks connected to the shopping center said perhaps in three to four weeks.

I’ve also gotten no word about what the remodel will include, but several restaurant trade publications have reported that the Wendy’s chain plans to remodel up to 70 percent of its restaurants by 2020. Some of those restaurants have gas or electric fireplaces in the lobby, Skift Table reports. (Maybe we can sit around and roast square marshmallows.) Other additions include digital menu boards and giant floor-to-ceiling windows to let in more natural light, according to the trade publication. We’ll see if any of those details are part of the new Lawrence look.

Perhaps more interesting will be to see if the store follows a Wendy’s trend of adding ordering kiosks to its lobby. The kiosks allow you to place your order without ever interacting with another person. It is another example of why some people are wondering whether the job of cashier soon will be put on the endangered species list in America. Amazon has announced plans to open 3,000 checkout free Amazon Go stores in the next three years; Sam’s Club is opening a prototype cashier-less store in Dallas, and the convenience chain 7-Eleven is experimenting with an app that will allow you to scan and pay for items with your smartphone.

• Look for a new dining option in the Sixth and Kasold shopping center. Just a couple doors down from Wendy’s will be Tokyo Steakhouse. I’m reaching out to the owner, who I’m told operates an Asian-style restaurant in Topeka. It sounds like the new restaurant will be hibachi style where the food is cooked in front of you, complete with flare and flame. I’ll let you know when I hear more.

• Cross one dining option off your list in Lawrence. It appears that the restaurant and bar that took over the old Yacht Club space near Sixth and Wisconsin streets has closed. As we reported, a Topeka restaurateur opened The Bar ‘N Grill in the spot early this year. But according to the restaurant’s Facebook page, it has closed. A sign on the door also indicated the restaurant had closed for good. No word on whether anything is slated to go into the longtime bar location. 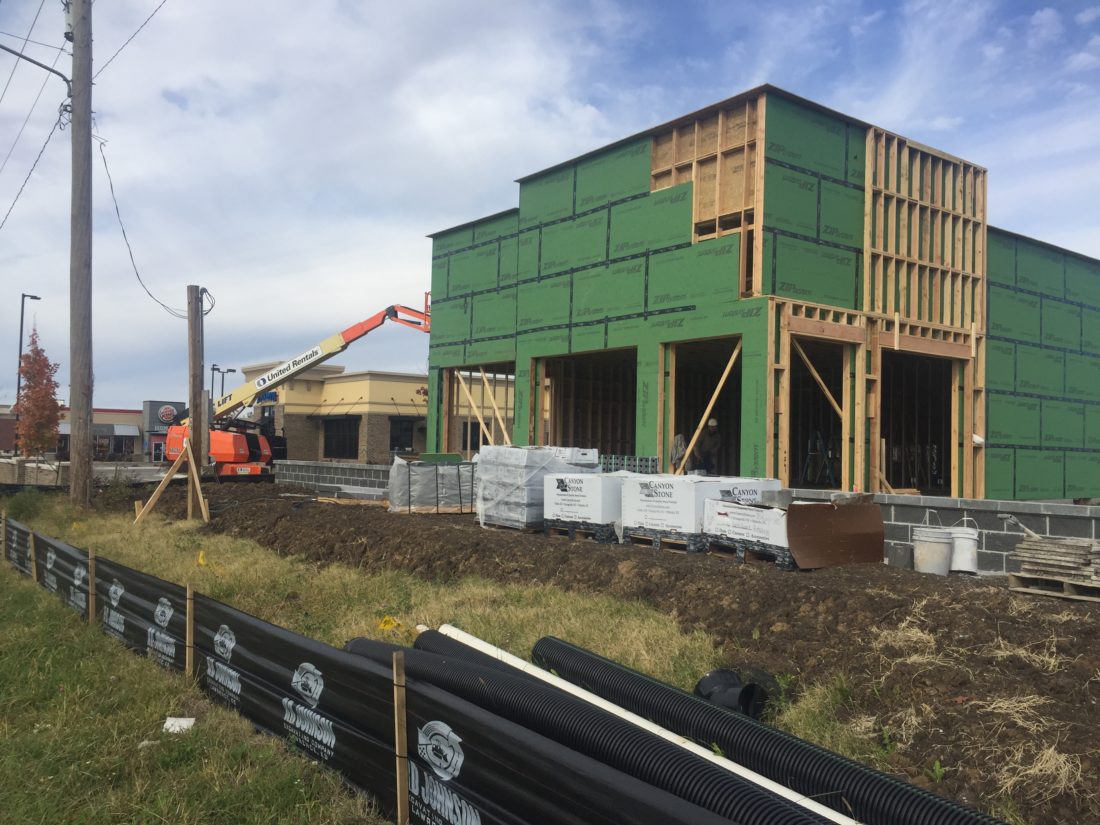 A Verizon wireless store is being constructed on West Sixth Street next to Zaxby’s chicken restaurant, according to plans filed with City Hall.

• Many of you have been asking what is going into the building under construction next to the Zaxby’s chicken restaurant on Sixth Street. According to plans filed with the city, it will be a Verizon wireless phone store. Indeed, the wireless phone companies are making a big push in Lawrence. Sprint opened a new store in the south Iowa Street space that formerly housed Pier One, and Sprint is building a new store on the site of the former Taco John’s location near 23rd and Ousdahl. That one could be particularly interesting in that it is right across the street from a T-Mobile store. Sprint and T-Mobile are in merger talks.

Expect the competition in the sector to remain spirited. Which company will come out on top? I’m guessing the one that comes up with the Friends, Family and No Texts from Politicians plan.