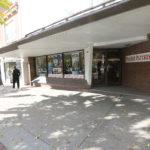 Prairie Patches, 821 Massachusetts Street, plans to close by February 2018 after about 45 years in business.

Sure, Amazon and the host of other online retailers are fierce competitors, but when Cinda Garrison decided to close her longtime downtown business, Prairie Patches, there were a pair of adversaries that were even tougher to defeat — her knees.

Garrison recently confirmed the speculation that I had heard: Prairie Patches at 821 Massachusetts St. will close early next year, ending about 45 years in business for Garrison. She’s 76 years old and said she’s gotten a couple of reminders that it is probably time for a change.

“I was scheduled in January for a new knee, and I told my doctor that I would need to be back to work in two weeks,” Garrison recalls. “He said no. I said maybe three, and he said no again.”

Garrison confirmed she’s reached a deal to sell her Massachusetts Street building to Lawrence businessman Doug Compton. She plans to close the store by the first of February, or earlier, depending on how quickly the store’s remaining merchandise moves.

The decision to close was made reluctantly, Garrison said. She said there isn’t a tenant lined up to take over the building, so, unless that changes in the coming months, her closing may contribute to another gap on Massachusetts Street.

“I’m sorry that I’m going now because there are some holes in downtown right now,” Garrison said. “I’m sure it will come back. It always does, but I don’t have enough years to get it back up. At 76, do I want to be here at 81?” 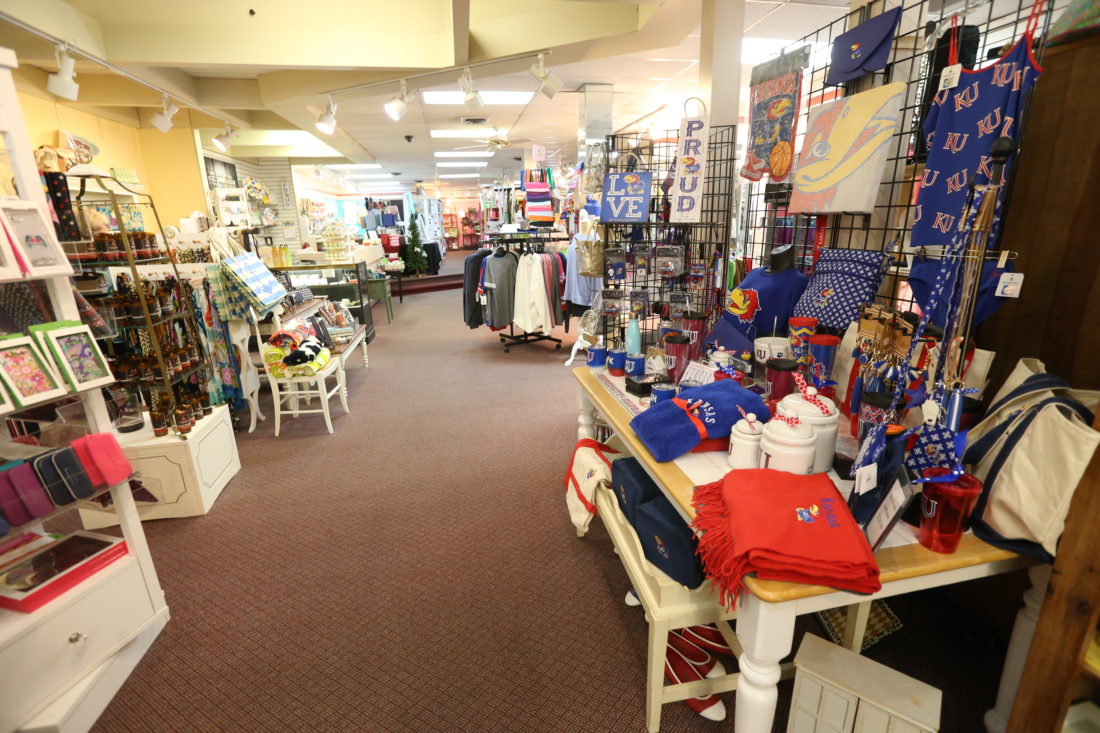 KU and personalized merchandise is a big part of the inventory of Prairie Patches, which plans to close by February 2018.

Garrison very much is a daily presence in the store. For those of you unfamiliar with Prairie Patches, it sells a variety of items. It has been a staple for sorority sisters for years, with an inventory that includes lots of shirts, gear and other items branded with the names and logos of the greek organizations affiliated with KU. The business also is one of the top embroidery shops in town and also does some engraving of items.

“We do a lot of personalization of items,” Garrison said.

But that business is changing, Garrison said. She said licensing with sororities and KU has become more complicated, but so too has figuring out her customer base.

But retailers always have had to adapt to those type of changes, Garrison said. When she and a partner started the business roughly 45 years ago, it was a wholesale business that did sales across the country and into Europe and Japan. It was a business that sold lots of handmade “little country things” like Christmas ornaments, stockings and other similar items, many of them fabric based. That’s where the name Prairie Patches came from. Then, getting reliable supplies of fabric in a timely manner became a problem, and the business had to shift gears and become more retail oriented.

Garrison had some locations just off Massachusetts Street, which she said was like trying to get shoppers to travel overseas. About 26 years ago, she got the chance to purchase the building at 821 Massachusetts St.

She has loved being part of the downtown community, and while retail has gotten tougher, she still thinks it has a future in downtown.

“I read several years ago that the face of retail was going to be so different in the next few years,” Garrison said. “It will change and people will figure it out, but I think I’m just too old to make the next change.

“You can say it is with much sadness that I’m closing. I love people and love my customers and love being in downtown Lawrence. But at some point, it becomes time.”