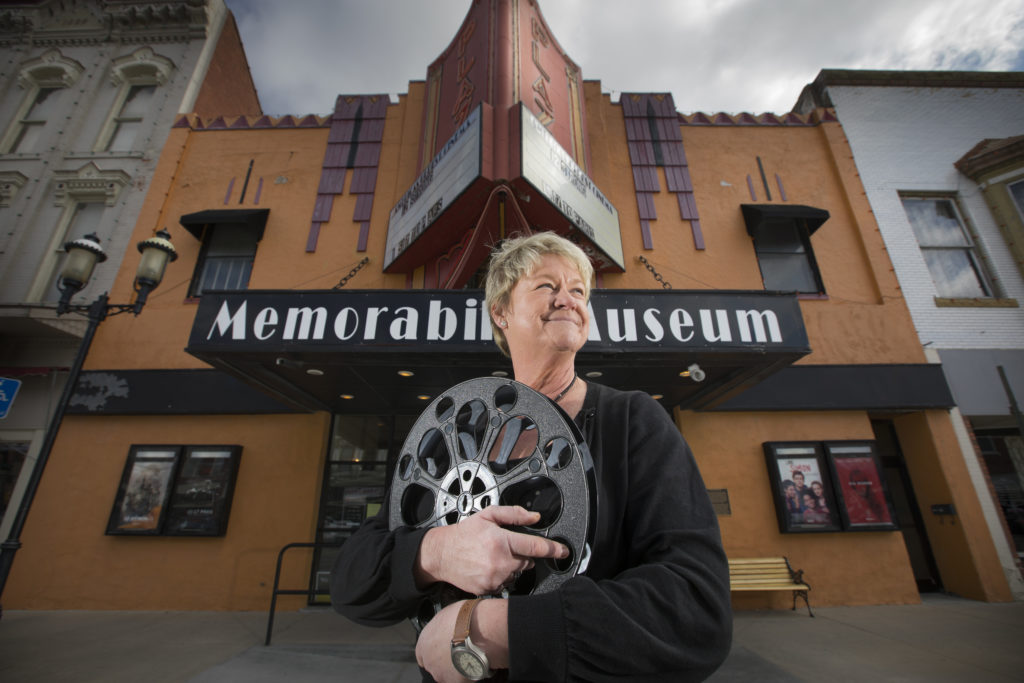 Peach Madl, owner of The Plaza Cinema in downtown Ottawa, is pictured outside the theater at 209 S. Main St. on Wednesday, March 7, 2018.

Forget Hollywood. If you want to see movie history you need to go to Ottawa, the Franklin County town of about 12,000 people south of Lawrence.

The Plaza Cinema in downtown Ottawa has been named the oldest movie theater in the world by the Guinness Book of World Records. The theater opened in May of 1907 and continues to show movies today.

“We’ve been doing movies longer than Hollywood has been making them,” Rita “Peach” Madl, an owner of the theater, said.

Peach Madl, owner of The Plaza Cinema in downtown Ottawa, is pictured outside the theater at 209 S. Main St. on Wednesday, March 7, 2018.

Madl — who is a familiar face in Lawrence because she was a founder of the popular downtown bar The Sandbar, among other business ventures — has been trying to prove to Guinness since 2013 that the movie theater is a world record holder.

Guinness recognizes several movie theater categories, and the one the Ottawa theater sits atop is Oldest Purpose Built Cinema that is in Operation. In other words, other theater companies may be older, but there’s not one that has been operating in the same building for so many years.

“Most of the time you think if you don’t change, you lose,” Madl said. “We’re hoping that we have a chance to win because we haven’t changed.” 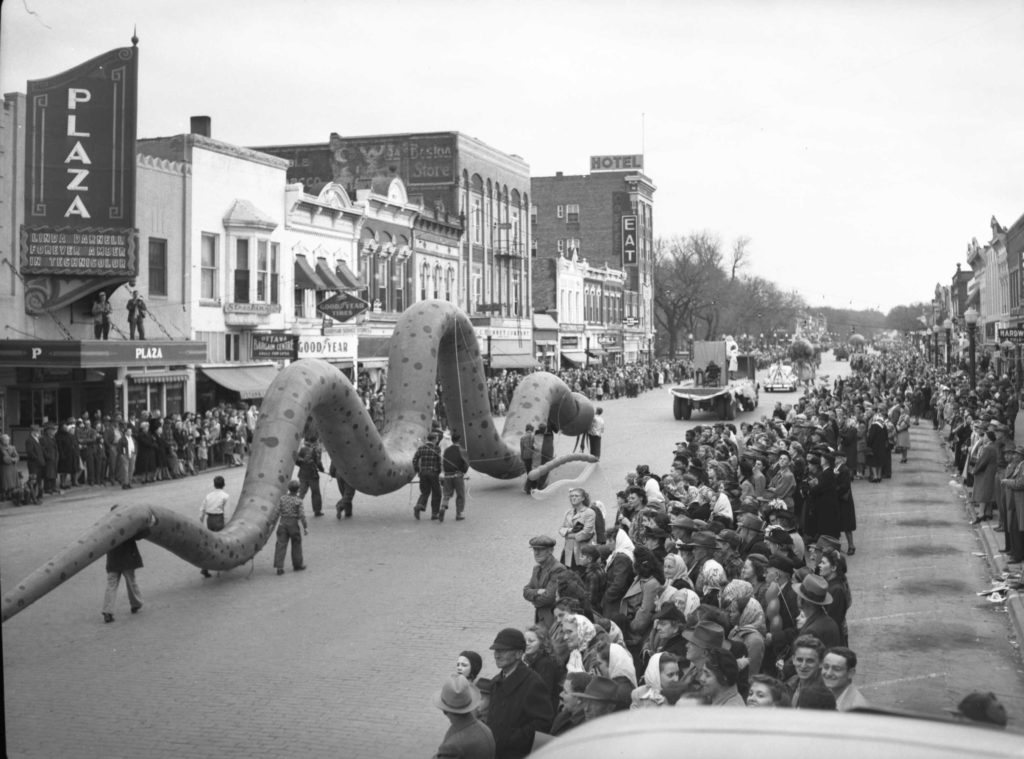 The Plaza theater shown in 1947 as the St. Patrick's Day parade travels in front of the business. Courtesy: Franklin County Historical Society/Plaza Theater

Madl is hopeful the recognition from Guinness will draw tourists to the theater. Later this month, she plans to begin offering historical tours of the theater. Those will include a showing of an old-time movie. Madl has a collection of both silent movies and some of the first “talkie” movies that were shown. In addition, she’s collected a good amount of memorabilia that also will be on display, plus a short documentary about the early movie “The Great Train Robbery.”

Some of the items on display will be old advertisements and newspaper clippings that Madl found while doing research on the theater’s history. Madl said she kept track of her time, and determined she had spent 378 hours researching the theater to convince Guinness. She also hired a professional writer to help with the research and the application.

“It was great fun, though,” Madl said. “It was almost like looking for treasure in the bottom of the ocean.” 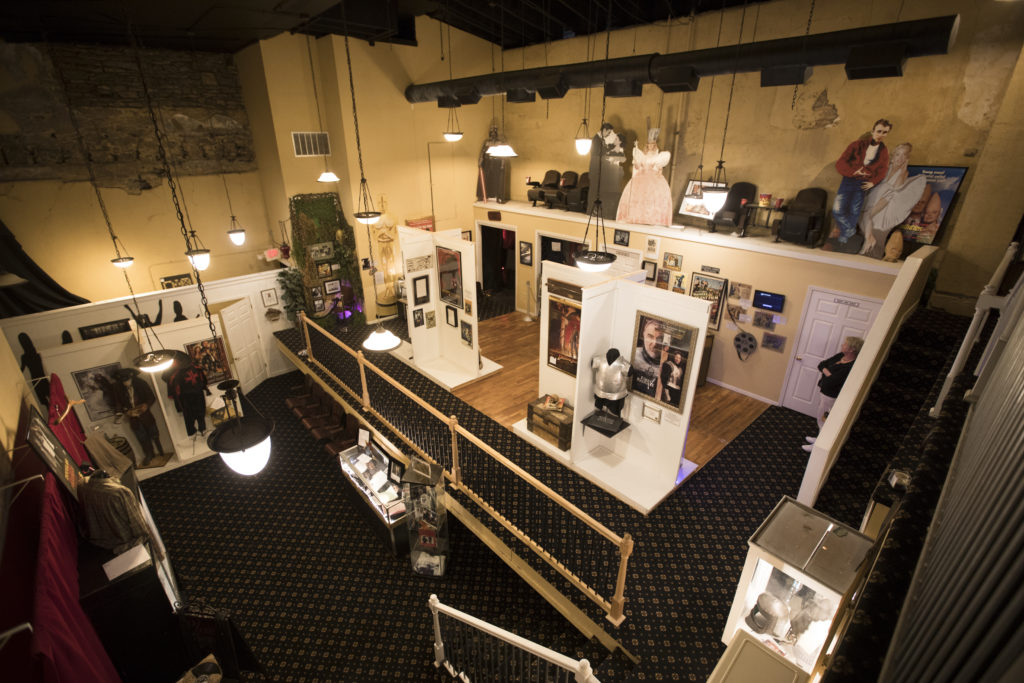 Since taking ownership of Ottawa's The Plaza Cinema in 2006, owner Peach Madl has added a museum, which houses clothing, props and other pieces of authentic movie memorabilia.

Ultimately, Guinness determined that the Ottawa theater beat out a Denmark theater building that opened in August 1908. The Ottawa theater originally opened as The Bijou and later was called The Yale and The Crystal before it became The Plaza in 1935.

Madl found that when the cinema opened, tickets cost 5 cents and usually included two moving pictures and an “illustrated song” performed by a live singer. Many of the early movies were made in France and distributed through a Kansas City company. Titles of some of the early offerings included “Bad Mother,” “Pay Day Target,” “Nihilist’s Revenge,” “Blind Man’s Dog,” “Rival Brothers” and “Horse of Another Color.” 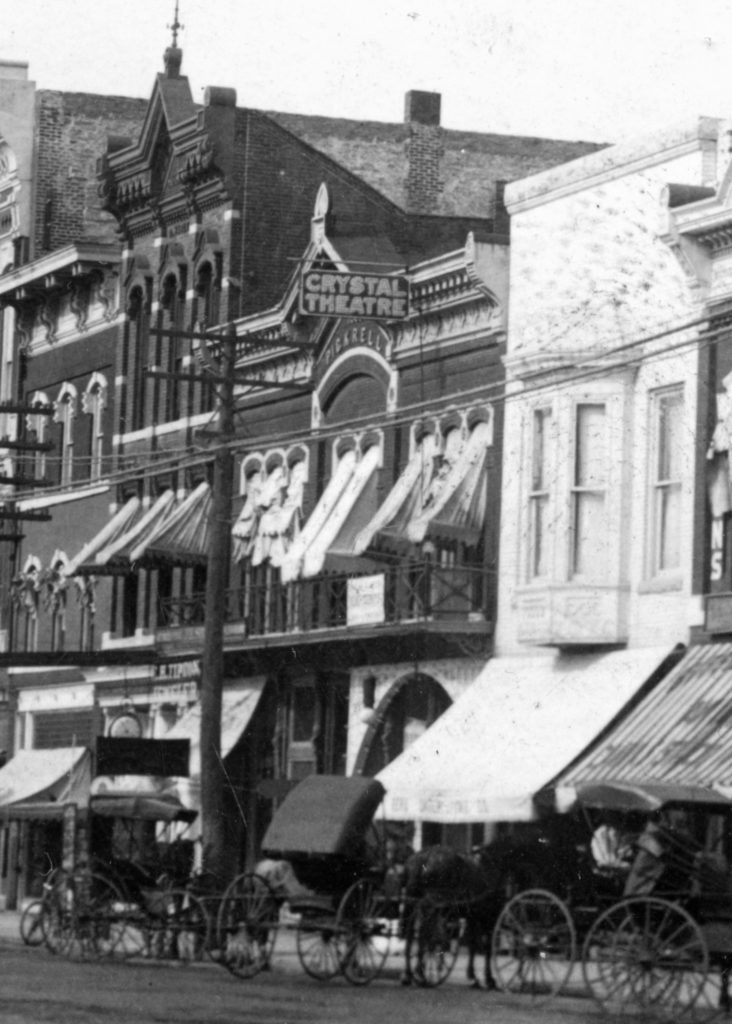 A circa 1915 photo shows a sign for The Crystal Theatre at 211 South Main Street in Ottawa. Courtesy: Franklin County Historical Society/Plaza Theater

Perhaps the most surprising find from her research was a 1910 advertisement touting a movie with audio. That’s significant because the first feature length talking motion picture is generally considered to be “The Jazz Singer” in 1927. But theaters previously were making efforts to synchronize audio and video well before then. Madl is guessing that is what the Ottawa theater was up to in 1910.

“But probably not very successfully, because we never saw any more ads for it,” she said.

Madl bought the theater in 2006, when it appeared that it was on the verge of closure. Her background was in the bar and restaurant business. She was operating a business in downtown Ottawa at the time and felt that it would be a shame for the community to lose its only theater.

“It was something I was supposed to do,” Madl now says of buying the theater. “I don’t know why, but it was. We have been through some tough times with it, though.” 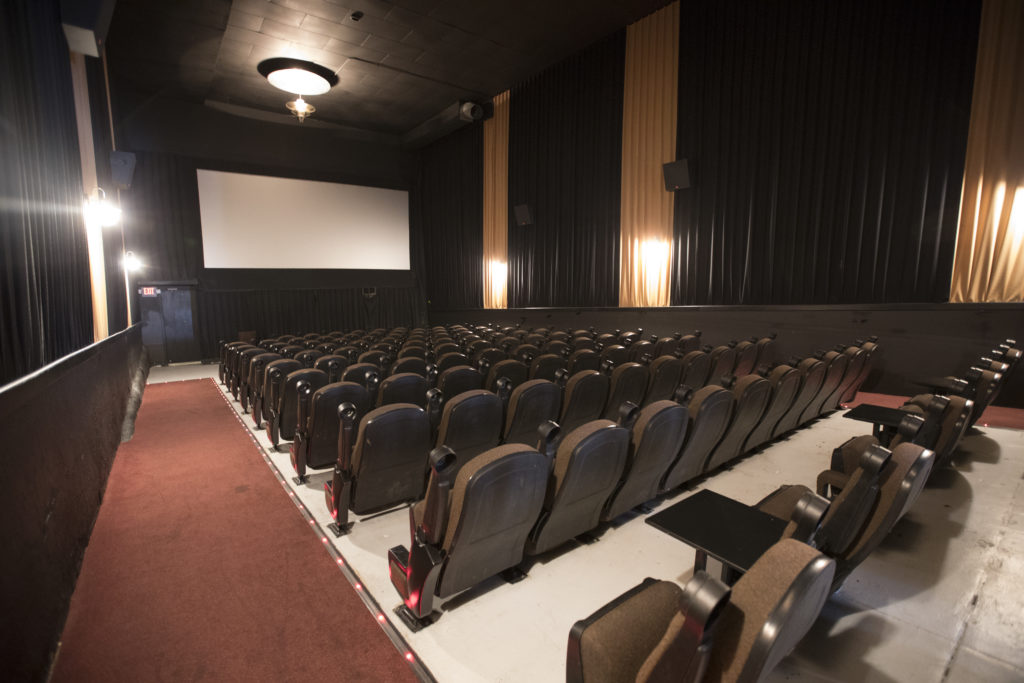 The larger of two theaters at Ottawa's The Plaza Cinema is pictured on Wednesday, March 7, 2018.

The theater, which still shows new releases, only has two screens. Madl said it is difficult for a theater to be profitable unless it is part of a larger multiscreen complex. She said it is hard to believe that the business has survived for so long that it is now part of a world record.

“We have something that you can’t see anywhere else, and it is about in the last place you would expect it,” she said. “What a fun kick in the pants for a small town like this.” 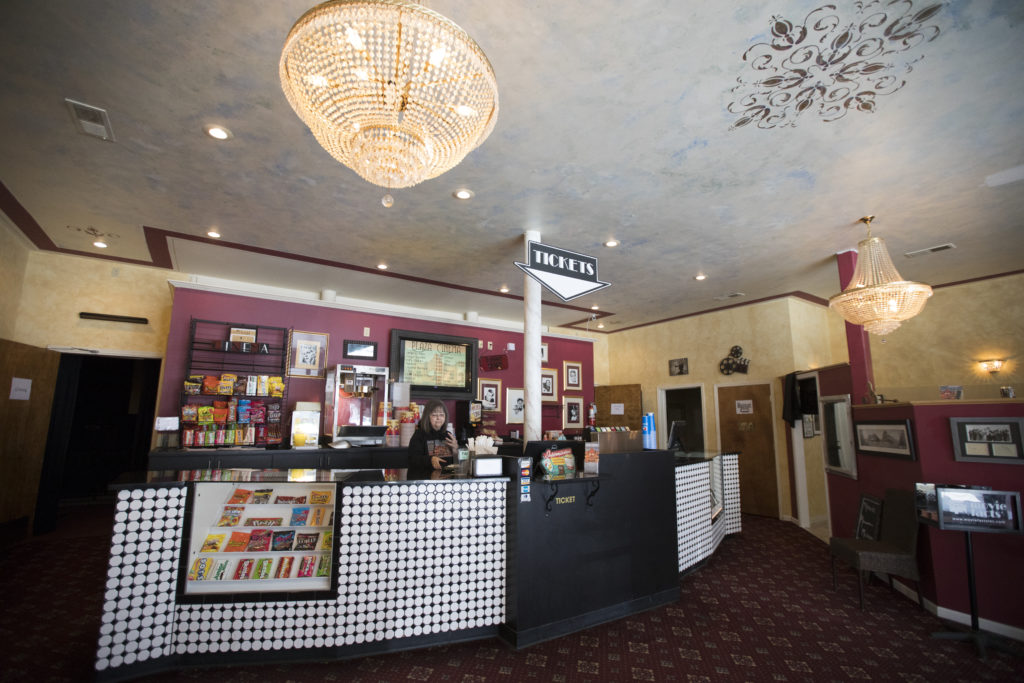