I’ve been wearing my Magnum P.I. shirt and doing a little investigating. What I’ve learned so far is if I ever decide to wash the beautiful garment, I’ll have one less place to do so. Plans have been filed for a restaurant to take over one of Lawrence’s oldest laundromat locations. And, in a particularly worrisome development for my shirts, there are some signs the new restaurant may have barbecue.

Plans have been filed at City Hall to convert the laundromat building at 900 Mississippi St. into a restaurant. The plans don’t list what restaurant is going into the space, but longtime restaurant and bar owner Brad Ziegler has confirmed to me that he has a contract to purchase the building.

Ziegler also confirmed that another restaurant operator would be joining the project. Ziegler — who has Six Mile Chop House, among other businesses — said he’s not ready to provide details about the restaurant concept until he closes on the property, which is in early August. It definitely won’t be a fast-food location, though.

“It will be a neighborhood sit-down restaurant with a full-service bar,” Ziegler said.

The site plan filed with City Hall, though, does provide one clue about the restaurant. The plans show an outdoor area to house a smoker and a wood pile. That leads me to believe barbecue may be at least a part of the menu. The plans also show a 470-square foot covered patio area for outdoor dining.

I’ll let you know when I hear more about the restaurant.

If you are having a hard time picturing where all this is happening, it is the southeast corner of the Ninth and Mississippi intersection. The building has been a laundromat for a long time. Ziegler said his research indicated a laundromat had been at the location since the 1950s. Before that it was a neighborhood grocery store.

The location is right near the Mississippi Street entrance to the KU campus and just a couple of blocks from the football stadium.

• We might as well keep the laundry theme going. A longtime dry cleaners on 23rd Street is closing at the end of the week.

Scotch Dry Cleaners is shutting down its store at 1526 W. 23rd St. on Saturday. The company’s other five locations in Lawrence will remain open.

Scott Shmalberg, president of the longtime, Lawrence-based dry cleaning company, said the 23rd Street store has seen a continual decline in business as more of Lawrence’s population growth has been focused on the western side of town. 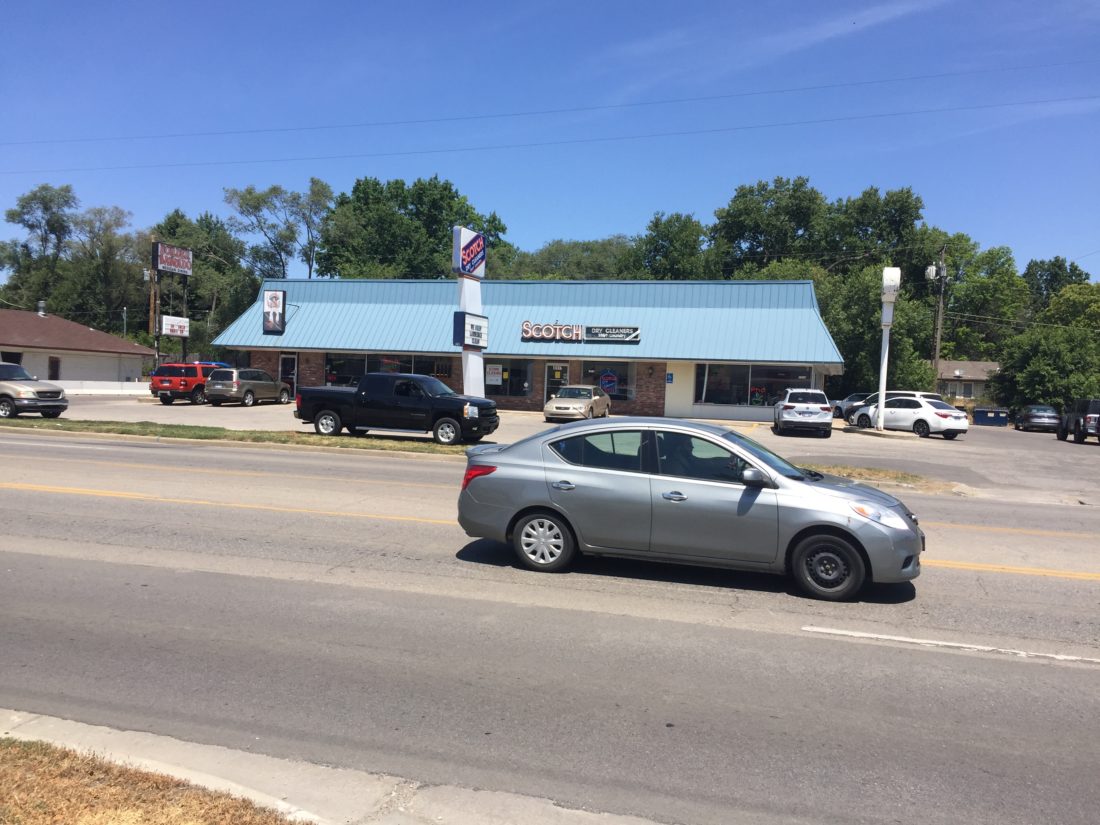 The Scotch Dry Cleaning store on 23rd Street is closing July 28, 2018 after 55-years at the location. The company’s other Lawrence locations will remain open.

“For probably 10 years it has been our lowest volume store in Lawrence, and it just got to the point that it wasn’t feasible to pay the clerks to stand out there,” Shmalberg said.

The decision does go to show how much Lawrence’s growth patterns have changed. The 23rd Street store was the first store outside of downtown that Scotch built in Lawrence. That was 55 years ago. Back then, 23rd Street was just a thinly paved two-lane road, but the thought was it would become the next growth corridor. In many ways it did.

The 23rd Street corridor, though, is going through its most significant change in decades. The completed South Lawrence Trafficway is accomplishing one of its goals: decreasing traffic on 23rd Street.

“There is definitely a reduction in traffic on 23rd Street,” Shmalberg said. “It may be good or bad for some people, but the reduction is real. A lot of people just bypass the city right now.”

Shmalberg doesn’t think the reduction in traffic has played much of a role in his shop’s performance, but it will be interesting to watch whether lower traffic volumes come into play for some other businesses. Think of all the fast-food restaurants that depend on really high volumes.

Shmalberg does own the building at 1526 W. 23rd St. He’ll look for a tenant to take the space, but he doesn’t have one yet.

Shmalberg said business at his other Lawrence locations has been fine.

“We have no plans to close any other stores,” he said.