Lawrence is the site of country music superstar art, thanks to local artist 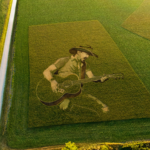 Lawrence and its famed crop artist Stan Herd are back in the news, and this time with a bit of a country twang.

Country music stars Jason Aldean, Luke Bryan and Kelsea Ballerini this week all posted mysterious images of crop art portraits of themselves but provided no other information about the images.

Come to find out, Herd — long known as one of the top crop artists in the world — created the images in rural Lawrence as part of a project for the online music site Spotify.

I got in touch with Herd on Friday. He said all of the crop art sites are north of the Kansas River in fields owned by area farmers and also by Pines Wheat Grass company, which has its headquarters near Midland Junction.

Herd said the project was too good to pass up but that he and his crew of about a dozen always will remember it for the brutal working conditions. Work was completed only about a week ago, and the monthlong project was done in temperatures that averaged more than 95 degrees.

“I can’t say it was fun,” Herd said. “I’m 67 and I just finished a year and a half in China on another project. I was dedicated to the idea of taking a year off from physical stuff. But when something comes up with an entity like Spotify, I just thought I couldn’t pass it up. And the money was pretty good. But the timeline and the heat made it one of the most uncomfortable months in my life.”

Herd said he worked 34 days in a row with just two mornings off during the project.

In addition to the portraits of Aldean, Bryan and Ballerini, Herd also created a crop art piece of the Hot Country logo of Spotify. The company commissioned the crop art to highlight its country music subscription service. 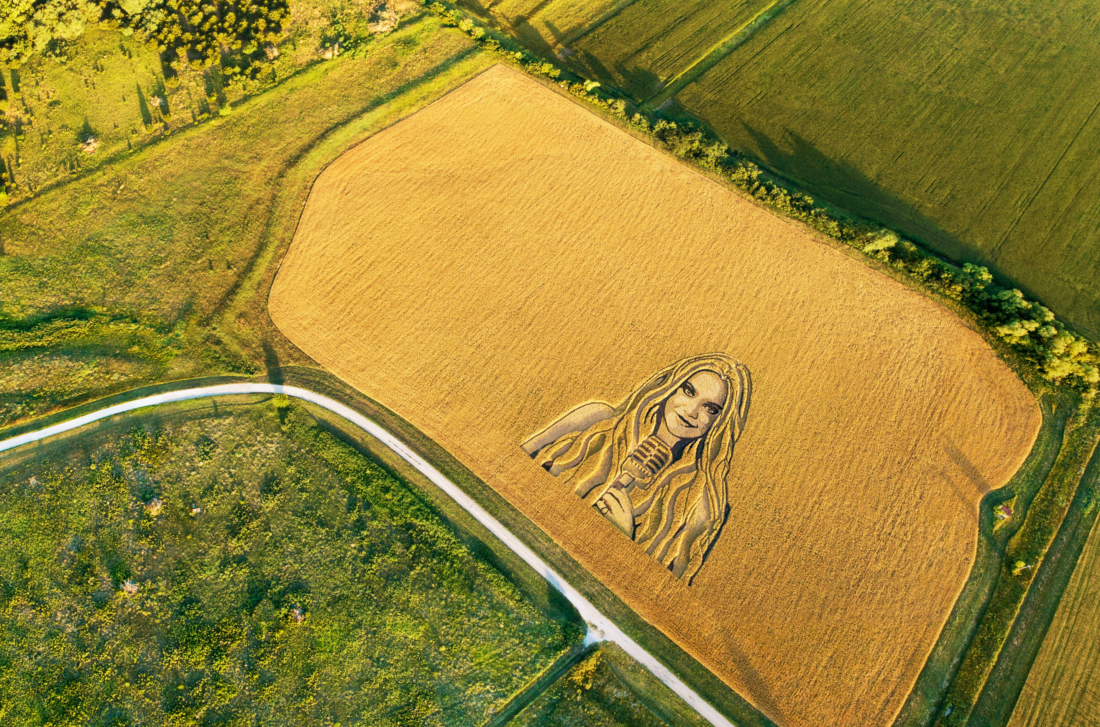 But a press release from Spotify said it took Herd and his crew about one week to create each of the four pieces of crop art and that they would be visible for about three weeks.

Herd briefly described to Spotify how he goes about the process of creating crop art:

“I usually begin with a simple concept that speaks to something I believe in and a statement that I think is important to make with my art,” Herd said in a Spotify press release. “When I get to the point that I decide to actually take the drawing to a field, I create a gridded drawing to the site and try to gauge how it might fit the field or terrain. I work with crews to lay out the grid, maybe 1 inch equaling 20 feet, and begin the simple outline with a Weedeater or other tools into existing crops or vegetation. Then we begin to gauge the work through aerial recon or drone shots.” 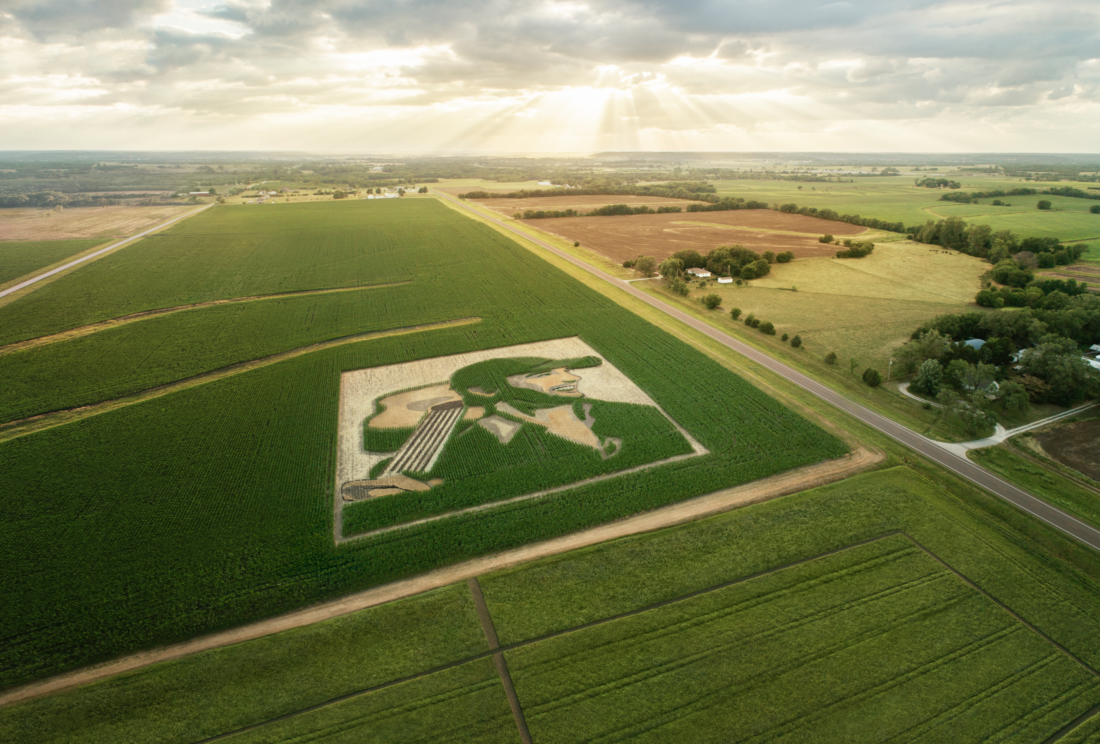 This project is just one of many that Herd is involved with, although this one may have a bit more of a pop culture element to it.

But Herd also is involved in some big international projects. Herd has finished a 4-acre piece called “Young Women of China,” which is the centerpiece of an 800-acre park and commercial development in the Yunnan province of southwest China. Herd told me Friday that he is going back to China in the near future to begin discussions on a project in Shanghai.

Herd also said he hopes to soon return to Brazil, where he had been in the early stages of a project for a permanent 2-acre landscape work that would be near the Sao Paulo airport. Millions of flyers per year could see the artwork during takeoffs and landings. That project was put on hold when he began the “Young Women of China” project.

Closer to home, Herd said he also is nearing a deal to open a gallery in the Crossroads district of Kansas City, Mo. Herd said he has access to a space for the gallery but is still trying to finalize a few details and determine whether he wants to undertake such a venture. In addition to his crop and earth artwork, Herd has many other traditional pieces, which would be featured in the gallery.

“I’m still contemplating it,” Herd said. “But I have so much art. Rooms and rooms of it. If I’m ever going to get rid of it all, I know I need to do a gallery or something like that.”