2018 sets record for most building construction in Lawrence; a look at the 15 largest projects of the year 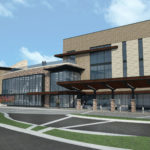 A look at one of the main entrances to the proposed LMH outpatient medical center in west Lawrence.

Everything from high schools to hospitals has added up to a record-setting total of $260 million worth of new construction projects in Lawrence in 2018.

It is a new record that is certain to grow. The latest report from Lawrence City Hall only tracks building permits that have been issued through the end of November. When the city adds on December building permit totals next month, the Lawrence construction industry could be near the $280 million mark for 2018.

Whatever the year-end total is, it will be quite a bit higher than the previous record year of $227 million in 2015.

Big apartment projects — which have fueled a lot of Lawrence’s past construction booms — have played a role in this one too. But the apartment construction has taken a bit of a back seat to a major hospital project and a whole bunch of school construction approved by voters as part of the 2017 bond issue.

The largest construction project of the year has been the approximately $100 million outpatient health center that LMH Health is building near Rock Chalk Park in northwest Lawrence. As we reported multiple times, the approximately 200,000-square-foot center will house an expanded Lawrence Surgery Center, an “orthopedic center of excellence” run by OrthoKansas, an expanded LMH Breast Center, plus office space for a host of medical specialists and other providers.

In November, the city issued building permits for $72.6 million worth of construction for the project. Work is well underway. If you are in the Rock Chalk Park area, you can see a mountain of dirt across the street from the Jayhawk Tennis Center. That is part of the LMH project, which is scheduled to open in 2020. (Yes, there also is a lot of dirt work underway adjacent to the LMH site, closer to George Williams Way and Sixth Street. No, despite rumors, a plan has not been filed at City Hall to build a Costco on the property. Owners of the site, which is zoned for retail, don’t have to get a city permit to do dirt work, so it is not quite clear what is going on. In the past, crews have taken dirt from that site for other projects, because the site is hilly and developers would like to make it flatter for future development. But this work seems to be a little different. I’ll let you know when I hear more.) 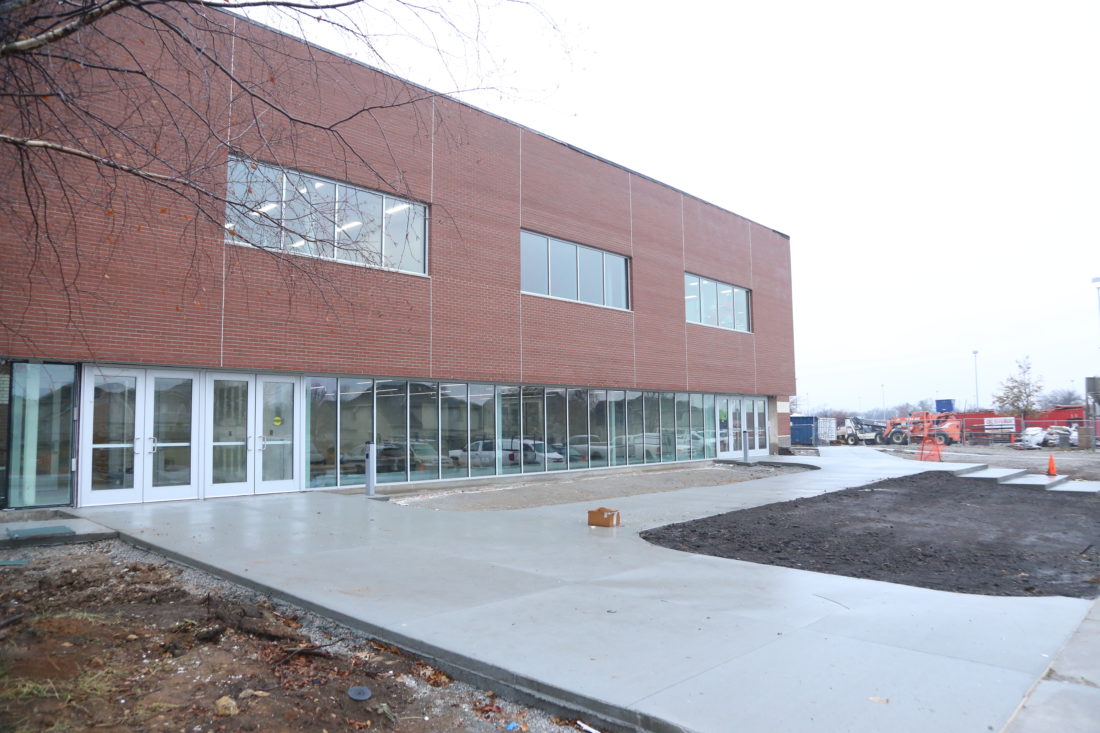 Work is underway on an addition to east end of Free State High School. Crews in 2018 received building permits for almost $13 million worth of work at the high school in northwest Lawrence.

Look for a lot more school construction in 2019. The biggest project approved as part of the 2017 bond issue was a major renovation to Lawrence High. Those totals haven’t shown up yet in the construction figures. My understanding is the school board is scheduled to award bids for the LHS project in January.

But don’t kid yourself. This is still Lawrence, and apartment construction is still booming. Lawrence has seen more than $40 million worth of new apartment construction thus far in 2018. The biggest project has been $31 million worth of work on the Collegiate at Lawrence, which is the major development underway behind the Walmart on south Iowa Street. 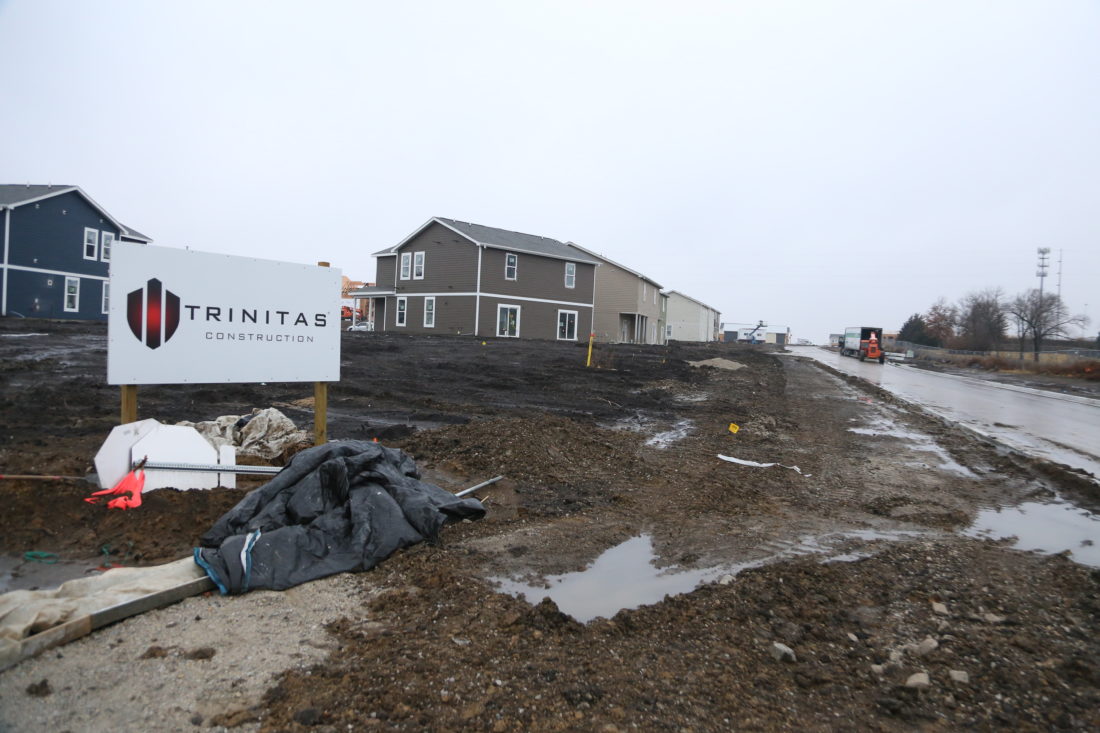 Construction is underway on the Collegiate apartment complex near 33rd Street and Ousdahl Road, which is behind the Walmart store on south Iowa Street. Crews in 2018 pulled building permits for more than $31 million worth of work at the complex.

If you have been near there recently, you know the area is changing rapidly. Large numbers of duplexes are now visible from the South Lawrence Trafficway, and the area right behind the Walmart has row after row of rental homes. As we’ve previously reported, the project is expected to have 98 buildings on 27 acres and will have rental units totaling about 780 bedrooms. Past information from the Indiana-based development group Trinitas Ventures has indicated the development will be geared toward college students. Look for this to be a major project in 2019, as well.

Apartment construction also is underway in the opposite corner of town. Phase II of The Links project has begun in northwest Lawrence. In case you have forgotten, The Links is the apartment complex near Rock Chalk Park. The development includes a small nine-hole golf course that is included as part of the monthly rental rates at the apartment. The development already is huge. I’ve previously reported the first phase of the project would have about 950 bedrooms over about 30 buildings. I’ve reported the second phase of the project, which is the part that is underway now, would include about 380 bedrooms. Thus far, the city has issued permits for about $8.3 million worth of construction at The Links.

There have been a whole bunch of commercial projects, though, that have helped Lawrence get to the $260 million total for the first time in its history. Here’s a look at the 15 largest building permits issued by the city, through November.

This year’s construction totals — which don’t include any construction that happens on the KU campus since those projects aren’t required to get city building permits — is already about $100 million more than last year’s total. Here’s a look at past years’ figures: