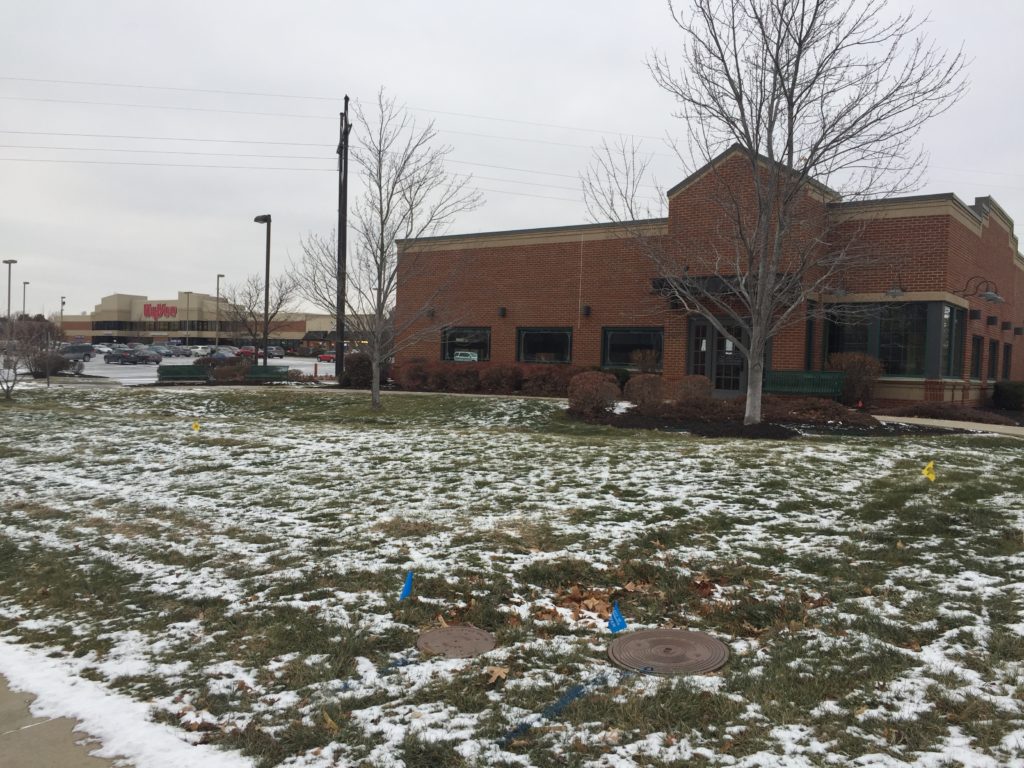 I can’t tell you how many times I’ve needed a car wash after eating a couple of plates of “riblets” at Applebee’s. (After awhile the wait staff stops bringing you napkins.) But I didn’t see this coming: Plans have been filed for a high-tech car wash to build upon the site of a former Lawrence’ Applebee’s restaurant.

An area development group has filed plans at City Hall to build a Tommy’s Car Wash at 3900 W. Sixth St., which is the site of the recently closed Applebee’s in front of Hy-Vee.

The plans call for the Applebee’s building to be demolished, which is a little unusual given that the building isn’t all that old. But the building needs to come down to make way for a high-tech tunnel car wash system.

Lenexa resident Austin Davis said he’s been interested in car washes since he was a 5-year old. (Maybe he likes “riblets” too.) He ran a home-based auto detailing business while going to college, and ever since has been looking for the right opportunity to get into the industry.

Tommy’s Car Wash is a longtime operator that started offering franchises in the last two years. It doesn’t have a large presence in Kansas yet, with a single store in Overland Park. But Davis said the company had Lawrence on its list of markets it wanted to get into. Davis and the president of the company were touring Lawrence recently and stopped to fill up their car at the Hy-Vee fueling station along Sixth Street. The president pointed to the old Applebee’s site and said that would make a great location for a car wash.

Davis said his company now has the property under contract, contingent upon winning the necessary development approvals from City Hall. Those approvals, however, are significant. The site needs to be rezoned and will require a special use permit.

Davis said he hopes to have the necessary approvals in place to allow construction to begin so that the car wash can open in late 2018.

As for the car wash itself, Davis said it has the latest technology, which takes a car through the 130-foot long tunnel in about two minutes. But its design is one of the things that really causes it to stand out from other car washes, he said.

“It is very inviting,” Davis said. “It has an acrylic roof and windows on both sides of the tunnel. It gets rid of that claustrophobic traditional vibe of a car wash.”

Based on the website for the Overland Park site, it looks like prices range from $15 for a top-of-the line car wash that includes underbody, UV protectant, wheel cleaning, tire shine, hot wax and something called a “fire and ice” coating system. The Overland Park store also has other wash packages available for $12, $9 and $6. But the chain also seems to promote a monthly price that allows you to wash as many times as you want during the course of a month. Those range from $29.99 to $19.99 a month.

This is kind of an interesting project because it may say something about Lawrence’s restaurant scene. It is mildly surprising that another restaurant isn’t trying to make a go of it at the former Applebee’s location, which certainly benefits from a lot of traffic. But I’ve been hearing for awhile now that the Lawrence market is becoming over-saturated. Indeed, the Applebee’s building is one of at least two former chain restaurant spots that have sat empty for quite awhile. The former Steak ‘n Shake location on 31st Street near SuperTarget also has been unable to attract a new restaurant tenant.

It is also worth noting that tunnel car washes are becoming a bit of a trend in Lawrence. Hurricane Car Wash opened several years ago near Sixth and Wakarusa, but more recently a tunnel car wash opened on the east side of town next to the QuikTrip at 23rd and Haskell. Plus, Lawrence-based Zarco has a plan for a tunnel car wash near its convenience store at Ninth and Iowa streets.

Davis said a greater desire for convenience is driving the interest in both Lawrence and elsewhere.