City lands in bidding dispute; commissioners order homeowners to cut down some trees; and other notes from City Hall 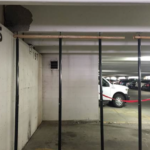 It has been awhile since I’ve done a news and notes version of Town Talk. Let’s take a look at some city issues that are small enough they’ve flown under the radar this month.

• When I was a kid, my dad had me convinced that if I used a toothpick I might get Dutch elm disease. So, if you ever see me with spinach stuck in my teeth, now you know. (Actually, I’m kidding. I would never eat spinach.) But Dutch elm disease is real, and the wallets of some Lawrence property owners may feel it thanks to a new set of city orders.

At their Dec. 5 meeting, city commissioners took the somewhat unusual step of ordering three property owners to cut down elm trees in their yard — or else the city would do it for them and send them the bill. City staff had determined that the trees — four in total — had Dutch elm disease and thus had become a “hazard to property and persons.”

I don’t know how much the removal of these trees cost, but I can speak from personal experience that removing a large tree can cost more than a thousand dollars. (And don’t get me started on how dizzy hanging from that harness makes you.) The trees ordered to be removed were in the 1800 block of East 25th Terrace, the 1500 block of Cadet Avenue and the 700 block of West 25th Street.

As for the dangers of Dutch elm disease, my friend Google tells me it kills elm trees and spreads from tree to tree via various forms of “bark beetles.”

• Here’s one use for a discarded elm trunk: Use it as a pillar to hold up a city parking garage. Actually, that is probably not a great idea, but the city does find itself needing to make some significant structural repairs at the Riverfront parking garage near Sixth and New Hampshire.

At its meeting Tuesday, the city is scheduled to approve a $196,000 contract that will, among other things, repair a deteriorating support beam at the Riverfront garage. A recent engineering analysis expressed enough concern about the beam that the city has added temporary support structures to shore up the beam.

The garage remains open, so the beam issue isn’t a true emergency, but city staff are recommending that the repairs “be completed as soon as possible.”

The city is scheduled to accept a $196,000 bid from Tarlton Corp., although there was one other bidder that came in about $5,000 less. However, the city’s parking garage consultant is recommending the city reject that bid because the company, while it had concrete restoration experience, it wasn’t specific to parking garages.

• Earlier this month, the City Commission found itself in a similar type of bid dispute but on a larger scale. A Lawrence-based construction company ended up being the beneficiary of it. At the Dec. 5 meeting, Lawrence-based B.A. Green Construction was awarded a $5.33 million bid to remodel Fire Station No. 1 and the Senior Resource Center in downtown.

However, B.A. Green wasn’t the low bidder. Topeka-based Champion Builders submitted a bid that was about $90,000 less. Architects for the project, however, recommended the city reject the bid from Champion. The architects said Champion did not provide the necessary documentation showing its work on buildings that are listed on the National Register of Historic Places and that it has been approved for work that uses certain types of historic tax credits.

Champion hired an attorney to object to the city’s decision and said the city was using the historic preservation issue as an excuse to give the project to a Lawrence-based firm.

“It appears to Champion Builders that favoritism for a local Lawrence contractor will cost the citizens of Lawrence an additional or wasted $90,000,” attorney Anthony Barry wrote.

City officials, though, rejected that claim, said the historic preservation experience was important for this project and accepted the bid from B.A. Green, which had the next lowest bid among the six companies that bid on the project.

B.A. Green expects the remodel project to be completed in a year, according to the bid documents.

• Given that it is the holiday season it seems appropriate to pass along a quick story of giving from City Hall. The city recently announced that its employees have pledged $37,099 to the local United Way campaign. That’s up from about $31,000 last year, and the number of employees giving grew to 234 compared with 169 a year ago. Like most efforts, cookies and burritos probably were the key to the successful effort. The city listed various ways employees donated, including $428 through a bake sale and $172 through a “City Hall burrito event.”