All-you-can-eat doughnuts, a pool table, free Wi-Fi and a host of other amenities all across the street from Free State High School: It sounds like a heck of a teacher’s lounge. Or maybe it just sounds like the plans for a new Hilton hotel in Lawrence. (That noise you heard was a teacher throwing an apple against the wall.)

Indeed, Lawrence City Hall has received a plan for a new Hilton hotel to be built in west Lawrence, but this may not be the type of Hilton you are used to. Plans call for a hotel dubbed Tru by Hilton. (The English teacher threw another apple over that spelling.) It is a relatively new concept for Hilton. It dubs the hotel as a place where you can discover “what cost-conscious meets cool-conscious looks like.” From what I’ve seen, the brand uses quite a bit of modern design and hip phrases, like calling its lobby a “Hive.”

More on the concept in a moment, but first some basics about the project. The hotel is slated for the vacant lot at the corner of Wakarusa Drive and Overland Drive, or, in other words, the property that is just north of the tunnel car wash business. That puts it basically across the street from Free State. Plans call for the hotel to be four stories, include 82 guest rooms and an outdoor recreation area, which I assume will include a pool and other amenities.

“It is the type of activity that we thought would be spurred by Rock Chalk Park, and now we are seeing it,” Fleming said. “I think Bauer Farm is a good area for it. It has some shopping, it has the community theater, it has quite a few amenities nearby.”

The project, though, serves as a good reminder of the uphill battle developers are facing to bring commercial development to the area near Rock Chalk Park. The property adjacent to Rock Chalk Park has been zoned for commercial development for years, but has remained vacant, even though Rock Chalk Park is attracting good crowds. It is difficult to get a business to take the risk and expense associated with being the first to locate at a site. Some people have thought a hotel would be the first to take that chance, but not yet.

The development group behind the Tru by Hilton is an Ardmore, Okla.-based company called Apollo Hospitality, according to the development plan filed at City Hall. According to its website, it looks like the company has about five hotels in Oklahoma and Texas.

As for the concept behind a Tru by Hilton, it looks intriguing. I don’t believe that there is a Tru by Hilton in Kansas yet. I found on Hilton’s website where one is under construction near the Oklahoma City airport. No guarantees that the Lawrence one will be exactly like that one, but let’s take a look anyway.

Hey. We’re new here. Take a look around while we get settled. We’ll be introducing ourselves over the next few months, so like and watch to learn more about Tru. http://bit.ly/TrubyHilton

As I mentioned earlier, the hotel calls its lobby a Hive. It features a breakfast area that includes a “topping bar” that has 30 “sweet, savory and healthy ways to sprinkle your food with personality.” The hive also includes a lounge area, a market to buy snacks and other items, and a game room, complete with a pool table. Here are some images from the hotel’s website.

And here is a look at what the exterior of the hotel in Oklahoma City is slated to look like. I haven’t seen a rendering for the Lawrence project, but they both are four-story facilities.

Oh yeah, there also are guest rooms. They’re touted as having 55-inch TVs, hardwood-like floors and extra large bathrooms, among other amenities.

The proposed site for the Lawrence hotel already is zoned commercial. The project just needs to receive final development plan approval from City Hall, which usually is just a technical approval related to site layout and such. No official word on a timeline for the project, but I would suspect construction wouldn’t begin until spring, at the earliest.

If the project does move forward, it would be just the latest news in Lawrence hotel development. As we have reported, Country Inn & Suites plans to build an 89-room extended stay hotel on the property previously occupied by Don’s Steakhouse near 23rd and O’Connell in eastern Lawrence. I also continue to hear that Candlewood Suites continues to be interested in building a hotel in Lawrence, perhaps near the Sixth and Iowa site that previously housed the Ramada Inn.

• Add one more hotel project to the mix. I’m still gathering some details, but a plan has been filed to build a large outdoor seating area in the vacant lot next to the Eldridge Hotel in downtown Lawrence.

Over the years, the Eldridge has proposed to add rooms and amenities by undertaking a multimillion dollar expansion into the vacant lot, which is just south of the hotel. But those plans have not gotten off the ground. 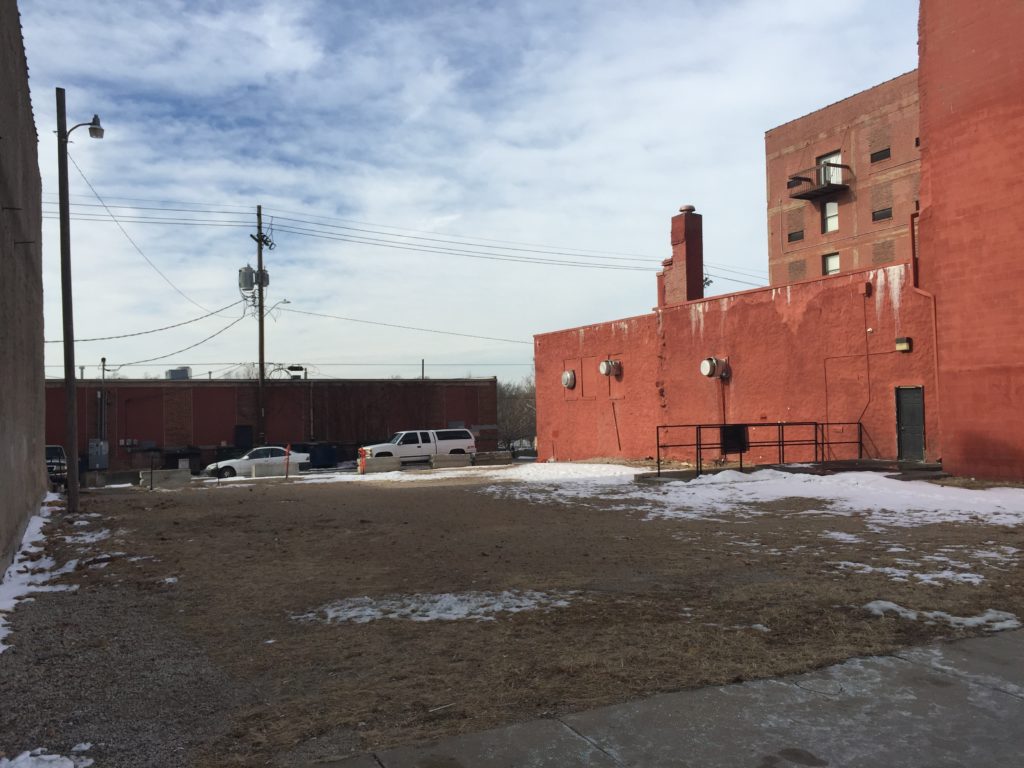 Now, Lawrence-based architect Paul Werner has filed plans for a more modest expansion. This one calls for about a 2,700 square foot addition that would house an enlarged kitchen for the hotel’s restaurant, plus an area to house a number of outdoor dining tables that would have a view for people watching along Massachusetts Street.

If I’m reading the plans correctly, it looks like there would be space for about 20 outdoor tables, which probably would make it the largest outdoor dining area in downtown. It looks like the area also would have some nice landscaping.

I’ll work to get some more details from Werner and Eldridge officials after the holidays and pass them along. It will be interesting to see if the expanded kitchen is a sign of a major change to come in the offerings and concept behind the hotel’s Ten restaurant. I’ll let you know when I hear more.

• I also don’t have many details on this at the moment, but couldn’t let it sit through the holidays. A development permit filed at City Hall indicates a new doughnut place is coming to downtown. A sign permit has been filed for a business called Wake the Dead Donuts. It would be located at 918 Massachusetts St., which formerly housed Burger-Fi.

A doughnut shop is plenty intriguing, but a picture of the proposed sign took intrigue to a whole new level. The sign lists that the business will serve chicken, doughnuts and whiskey.

Trust me, I’m working to get more details on this one. If need be, I’ll even experiment with the concept myself.

• One last note of a housekeeping nature: Town Talk will be a bit sporadic for the next few days, as I will take some time off for the holidays. Merry Christmas and happy holidays.