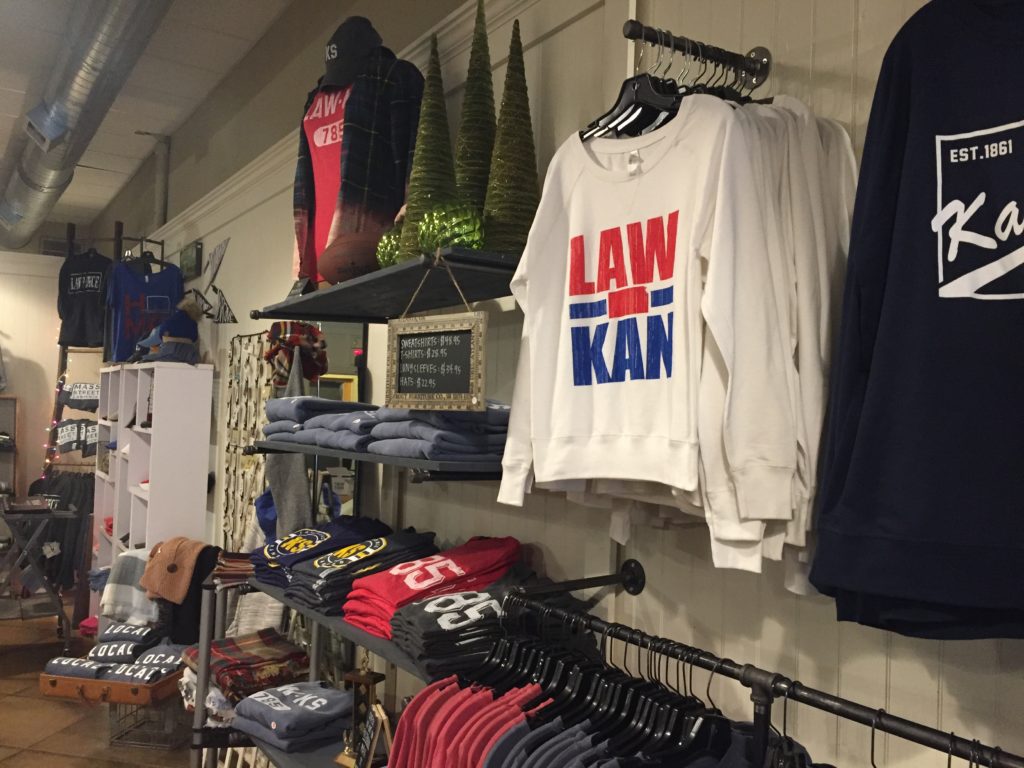 There are reasons unrelated to a Jayhawk to show your Kansas pride: It is a natural segue to talk about the Wizard of Oz, it gives people from the coasts an opportunity to tell us how beautiful the state was when they flew over it, and, of course, it is affirmation that we don’t live in Missouri. If Kansas pride is your thing — or even better, Lawrence pride — there is a new downtown shop for you.

Mass St. Mercantile has opened at 738 Massachusetts, in the spot that formerly housed Kieu’s clothing boutique. Mass St. Mercantile also has a lot of clothes, but of a different nature than Kieu’s. Mass St. carries lots of T-shirts and hats that have a Kansas slogan or something about Lawrence. Yes, there will be some Jayhawk apparel too, but mostly the shop will focus on items that promote Kansas but not necessarily the Jayhawks.

Lawrence businessman Matt Lomshek, a co-owner of the mercantile, said the shop also will have plenty of Lawrence High and Free State High apparel. Lomshek is in a good position to produce shirts, apparel and other branded merchandise of about any kind. He is an owner of Varsity Team Apparel and Destinations Apparel, a pair of businesses that serve as a wholesaler to a variety of boutiques and retailers across the country, and also provide merchandise for resorts.

Lomshek said he had been interested in figuring out a way to sell some of his company’s merchandise closer to home, then was approached by the owners of Junque Drawer Boutique, an Olathe-based retailer that long has been looking for an opportunity to expand into Lawrence. Junque Drawer provides some of its merchandise for Mass Street Mercantile. When you add it all up, the store has T-shirts, hats and a lot of novelties ranging from wall hangings to decorative wine bottle stoppers to more wall hangings.

“We try to have fun with it,” Lomshek said of the novelty items. “There’s a lot of stuff to laugh at.”

To wit: a postcard that says “We’ll always be friends, you know too much,” or a can koozie that says “If you can read this, bring me another beer.” (My experience tells me you perhaps should be prepared to catch it, or at least be prepared to duck.)

In other news and notes around town:

But the space also is allowing The Phoenix Gallery to expand its presence in the craft market. Part of the downstairs space is devoted to work produced by artists in the Lawrence Craft Collective.

That part of the store carries items such as candles, soaps, gloves, jewelry and other items made by craftsmen and women selected by Craft Collective leader Jill Stueve, said Shea.

“The space gives people a lot more places to explore for art and crafts,” Shea said.

• We have mentioned a few times before that the chain Potbelly Sandwich Shop has plans to open in Lawrence. Well, today is the day those plans become reality. The store opened for business this morning at 1618 W. 23rd St., in the spot that previously housed Dunn Brothers Coffee. 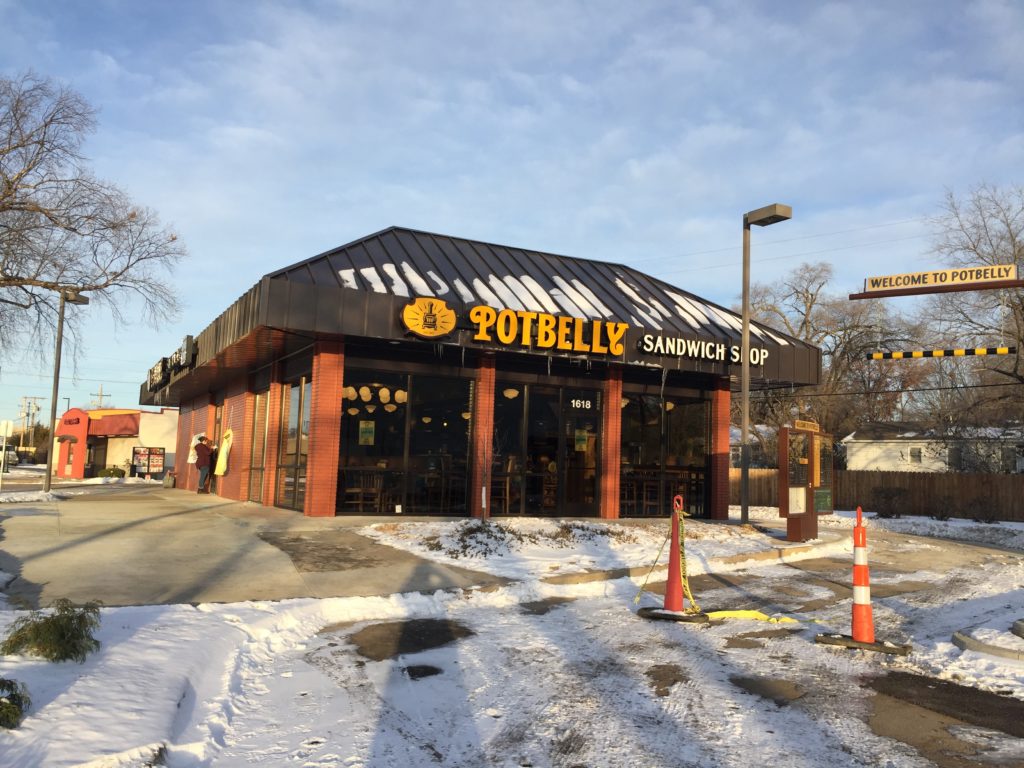 The business yesterday held a special pre-opening event where it served food and raised money for the PTA at Schwegler Elementary, which is right around the corner from the restaurant. As far as the restaurant goes, it serves a large menu of toasted sandwiches, and hand-dipped shakes also are a big deal. The restaurant also is touting that it will have lots of live, local music. It sounds like they have musicians playing during many of the lunch and dinner hours. A press release said local musicians interested in a gig should stop by the store to arrange for an audition.

The company, which got its start in a Chicago antique store in the 1970s, now has about 400 restaurants across the country. A press release said the Lawrence store employs about 20 people.